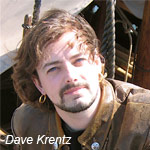 If you enjoy your Discovery Channel programs packed with dramatic illustrations and eye-popping vfx, then this week’s four-hour Dinosaur Revolution should be on your must-watch list. Premiering at 9 p.m. on Sunday, Sept. 4 and Sunday, Sept. 11 this beautifully produced program will offer a new take on the prehistoric creatures, based on the most up-to-date discoveries about the creatures, their culture and behaviors.  We had a chance to catch up with Dave Krentz (Disney’s Dinosaur, John Carter) who is the co-director and art director of the show to find out about the details of this breath-taking production. Here is what he told us:

Animag: When did you start working on the project, and how long did it take to deliver the animation/vfx?

Dave Krentz: I started the show in spring of 2009.  It was in pre-production for a few months before that.  We spent a long time on storyboards and getting a feel for the show we were making.  That part was really the most fun.  If you check the credits of the story artists, you will notice a lot of people who LOVE dinosaurs in there.  We would toss around ideas that were well informed by science and then Erik Nelson, my co-Director and producer, would listen to our crazy ideas and story pitches and chime in with other great story ideas. It was very collaborative. There were TONS of stories that we left out because they were just not good enough. We started animation on sequences that didn’t need extensive back plates in the Spring of 2010 and the rest of the backplates in the summer of 2010.  The majority of animation started in that summer as well.  Shots were being delivered until the bitter end!

Which company was in charge of delivering the animation/vfx?

Due to the scale and speed of the show, we had to employ several animation and fx houses. We used Mokko in Montreal for Watering Hole (Allosaurus)  and End Game (T.rex) and Shunosaurus for animation and rendering on those shows.  We had a small but seasoned in-house team of animators from Sauce FX who animated Mosasaur, Rahonavis, Protoceratops (all rendered by Base FX in China), Gigantoraptor, Beaver/Squirrel and Utahraptor. Hawaii Animation Studios/Entrenched animated Eoraptor pts 1-2, Cryolophosaurus, Anhanguera and Glacialosaurus and rendered those as well as the remaining stories from Sauce.  We also used Kinkajou in the U.K. to animate and render the Great Dying cold open.  Chad Nixon our vfx producer juggled the whole giant mess. 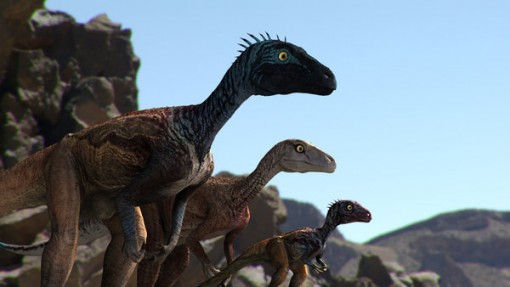 How were the visual effects produced?

The dinosaurs were modeled, textured and painted with ZBrush in house. After retopology the various companies animated in Maya.  Rendering was done in Maya as well and Douglas Martin, our in house FX Supervisor, used a multitude of tools to fill in the blanks.  We shot backplates in locations like Humbolt County California and Tenerife and created the watering hole set in Santa Clarita.  We also had some purely digital background too.  We had John Tindall create and shoot the miniature sets for the after-the-impact stories and shoot a multitude of fx elements.

What is different about the depiction of the dinosaurs in this project from the other recent similar productions about the preshistoric animals?

Firstly, these were characters and were treated as such. We had to tell their stories in mime, without the help of narration and with limited body language.  We had to convey science —but not be bogged down in it. Mostly we had to maintain a sense of FUN.  For instance, when a little theropod has his head bitten off he runs around like a chicken with…well…his head cut off.  In a very simple “show, don’t tell” scenario we were able to convey clearly that dinosaurs are related to chickens (birds).  This series is always surprising.  There are moments of utter silliness like a dinosaur on high on ‘shrooms and others of tragedy like our T.rex episode.

Secondly, me being an obsessive dinosaur nerd and paleo-artist, the dinosaurs had to be as accurate as possible without losing character.  I modeled a great deal of them myself in direct contact with scientists.  I hired other artists like Mark Dubeau, Angie Rodrigues, and Vlad Konstantinov that were as equally passionate about dinosaurs to model as well.  Color was also very important.  Dinosaurs saw in vivid color like birds and we wanted to stay away from the typical boring shades of drab that dinos are mostly depicted as.  Ricardo Delgado did some killer bold masculine designs and Angie Rodriques added her own unique exciting and feminine take.  The combination of those two produced the kind of surprising range of color and character that is found in nature. 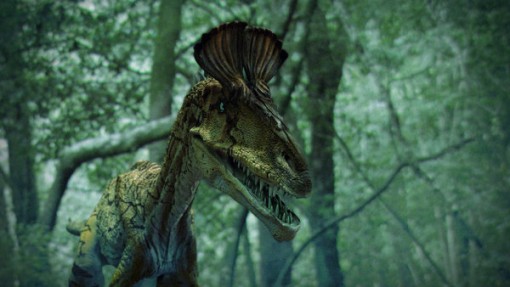 What was your toughest challenge in this project?

Getting it done!  It was a massive and ambitious undertaking.  We tried very hard to keep these stories un-narrated or at least minimally so, which had its own set of problems!  That aside, it was walking the fine line of caricature and animal.  I put all the animators through dinosaur anatomy boot camp.  I showed them what their bodies could and could not do.  Staying in that realm helped keep things real.  I watched a million nature docs in order to find those moments where you can almost tell what the animals are thinking.  Those were the kind of moments we strived for.  Is the dino scratching his head because he’s bewildered … or is he scratching a fly?  Is she extracting revenge … or simply protecting her genetic investment?  Did that herbivore just save that meat-eater from another meat-eater … or was he getting rid of the bigger threat to his herd?  We also tried to tell stories that were engaging and not just because of what animals were in them.  We had to care about the dinosaurs.  I don’t care what anyone says about humanizing animals for drama , it’s what people do. Just try and deny that your pet turtle, canary, cat or dog does not have a personality.

How far have the depiction of the dinosaurs come from the days of Disney’s Dinosaurs and Spielberg’s Jurassic Park?

They are simply WAY COOLER.  Jurassic Park was a great intro to the new science for the masses, and Disney’s Dinosaur showed off some other interesting dinos, but only a short time after those movies were released dinosaurs took a giant leap forward with tons of new discoveries.  Jurassic Park and Dinosaur looked cool, but are a little dated now. There is a dinosaur new to science described every week now. Feathered dinosaurs are a FACT (much to our budget’s dismay) and we now have soft tissue like skin, fat, muscle, brains, and proteins that are being studied.  The actual color of dinosaurs is being decoded. They are more energetic and range in size from a few inches to over 150 feet! Their relationship to birds also raises new questions of social behavior, intelligence and courtship. Science has spent almost two centuries finding out WHAT they are but only in the last decade we seem to looking at WHO they were. These animals were on this earth 160 MILLION years as opposed to our meager 250 thousand years! They are a sweeping success story and are still with us today!

What did you think of the dinosaurs in this summer Tree of Life?

Are you implying that I’ve had time to see a movie in the last three years?!

What is your personal favorite segment of the show and why?

Here’s a clip of the show: