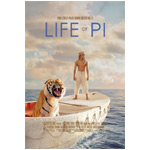 Life of Pi is not a movie about mathematics, but numbers played a big role in creating the stunning visual effects for director Ang Lee’s adaptation of Yann Martel’s best-selling novel.

“If I was a numerologist, I blew it by 10 days because I was on the project 3.18 years and it should have been 3.14!” says Bill Westenhofer, visual effects supervisor on the movie.

Life of Pi follows a young man from India who is traveling to Canada when his ship sinks and he is stranded alone on a lifeboat with a Bengal tiger named Richard Parker. Pi, played by new actor Suraj Sharma, struggles to survive his extreme situation and his boat mate on an extraordinary 227-day journey. 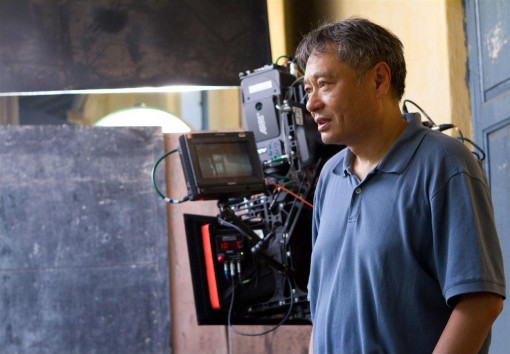 Westenhofer and his crew at Rhythm & Hues were an obvious choice for Lee, having done realistic looking animals on movies such as Babe: Pig in the City, Cats & Dogs and The Chronicles of Narnia: The Lion, the Witch and the Wardrobe. It was Aslan, the regal lion created for Narnia, that brought the Oscar-winning director to Rhythm & Hues in 2009 with one question: Would a digital character look more real in stereoscopic 3-D?

“We didn’t know, so that was a good question,” says Westenhofer. “He asked us to take a shot of Aslan—and he was adamant about not changing a thing, just render the second eye—and we’ll look at it in stereo and we’ll see if it improves it or makes it look fake.”

Lee liked both that his instructions were followed and the quality of the result, landing Westenhofer the gig as vfx supervisor on the stereoscopic 3-D shoot. 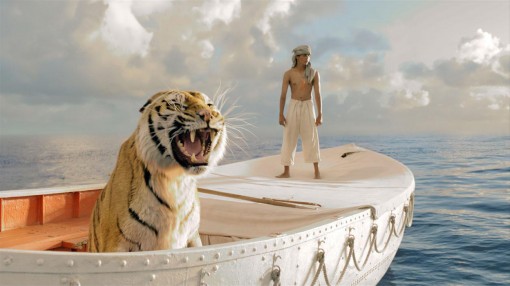 With the tiger playing so large a role in the story, he was the first obvious effects challenge.

“We’ve been asked to make digital animals in the past and try to make them as real as possible—then they sing or they dance or they do something that is obviously fake,” says Westenhofer. “But here is a tiger who was going to be a tiger. So if we ever had a chance to fool our colleagues, this was it.”

The process began by gathering a huge amount of reference and relying on tiger experts, such as Thierry Le Portier, a French trainer who provided animals for films such as Gladiator. One of Le Portier’s tigers, named King, had a particularly regal look that appealed to Lee, who selected him as the main model for Richard Parker. 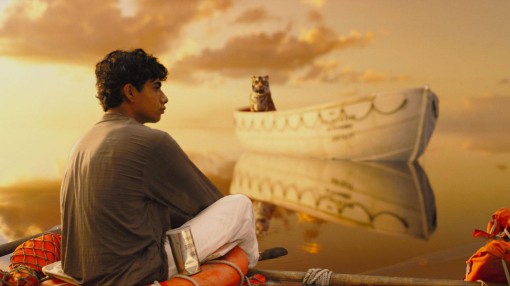 Building the digital version of Richard Parker took about a year, starting with a simple model of a tiger that was lined up with footage and photos of King in action and tweaked until it fit. The reference also provided all the tiger’s fur, with the digital model ending up with 10 million hairs.

Principal photography of the raft sequences was done at a tank in Taiwan, with Le Portier providing real tigers for as many sequences as possible. In all, the real tigers were in 14 percent of the shots; the rest were digital.

“While we were shooting other stuff, Erik [De Boer, senior animation supervisor] was in with the tigers and shot incredible reference, like super close-ups of the paws rolling, what the pads would do when the claws momentarily emerge during the walk cycle and tiny details of how the skin was moving,” Westenhofer says. 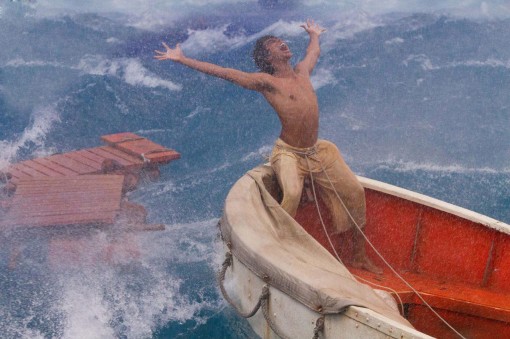 “From an animation standpoint, even if your intention is to be as animalistic as possible, it’s so easy to subconsciously anthropomorphize things,” says Westenhofer. “We found for every shot a reference clip or a combination of clips even from the stuff we shot or from documentary footage and said, this is what we’re going to base this shot on, and we showed Ang and he agreed.”

The crew also relied on Le Portier, who would look at and comment on footage to make sure it looked real.

“We would get approval from Ang on the shot and then spend another one or two weeks going in and doing just the tiny little bits of stuff, like the arms crunching and the hands and the fingers moving and little twitches in the face,” he says. 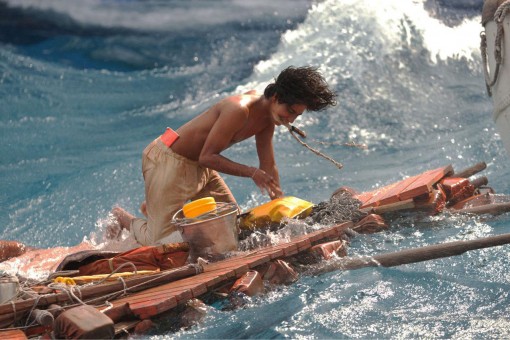 The other animals on the lifeboat were mostly digital as well—a hyena, a zebra and an orangutan mother with her baby.

There also is an island full of meerkats, all of which were virtual. “It’s a combination of hand-animated stuff and Massive,” says Westenhofer.

The second huge challenge, which was less obvious at the start, was creating convincing digital water for so many shots. 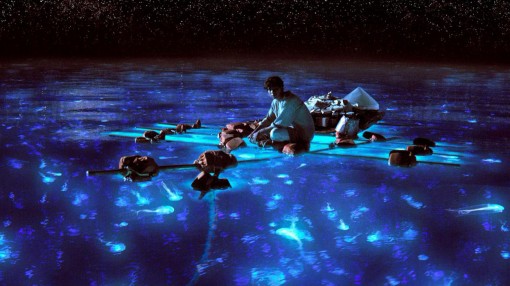 As with the animals, the standard for reference was held high on the digital water. The production worked with Steve Callahan, an oceanographer who survived 76 days afloat on the ocean, as a consultant on both the story and the way the ocean moves. Lee also took the crew out on a Taiwanese coast guard cutter into rough night waters to get reference for the sequence in which Pi’s ship sinks.

“In the storm sequences, they used a full simulation for the waves so the entire surface was a fluid sim creating these storm force gale, 30-foot tall waves. For the calmer stuff, we ended up using a more procedural approach.”

The crew developed a library of about 60 different water looks, with Westenhofer saying it took anywhere from a week to three months to get a look to feel right. They also benefited from a grid painted on the tank that could be used to measure wave frequency and amplitude and accurately recreated and matched up. 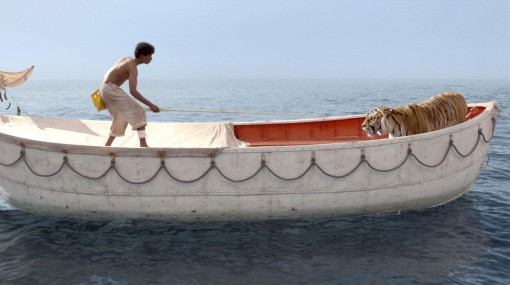 The project also tapped the resources of Moving Picture Company for the ship-sinking sequence, while Lola VFX helped make Pi look more gaunt and thin toward the end of his journey. Crazy Horse Effects did digital matte paintings, while Look FX contributed some compositing and yU+Co did some work on assembling montages in stereo. BUF did the tiger vision sequence, originally meant to have a watercolor look to it before becoming a bit more realistic. Other houses working on the movie include Legacy Effects, Christov Effects and Design and Halon Entertainment.

Stereoscopic 3-D added an extra wrinkle to the process.

“It’s just unforgiving, especially on the compositing side,” he says. “It’s got to be absolutely perfect or you just see these little stereo things.” 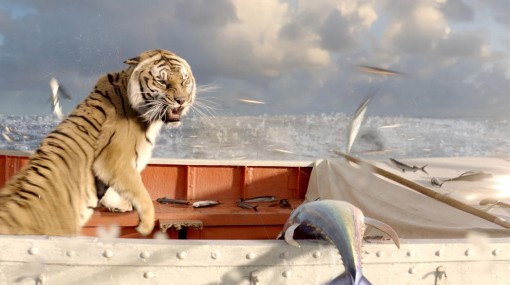 There were 690 vfx shots out of 960 total in the movie, both of which are telling numbers, Westenhofer says. The former shows how prominent effects are in the movie and the latter shows those shots were unusually long—a product of both Lee’s preferences as a director and avoiding too many rapid cuts in 3-D.

“We had more 2,000 frame shots in this film than I’ve worked on in my entire career,” he says. “Quite often, we’d have to blend between takes, especially in some of the storm and action sequences. So the shots are actually comprised of six different takes that are blended together at key moments.”

Working on the movie was a lot of hard work, but Westenhofer says the artistic results exceeded his expectations. 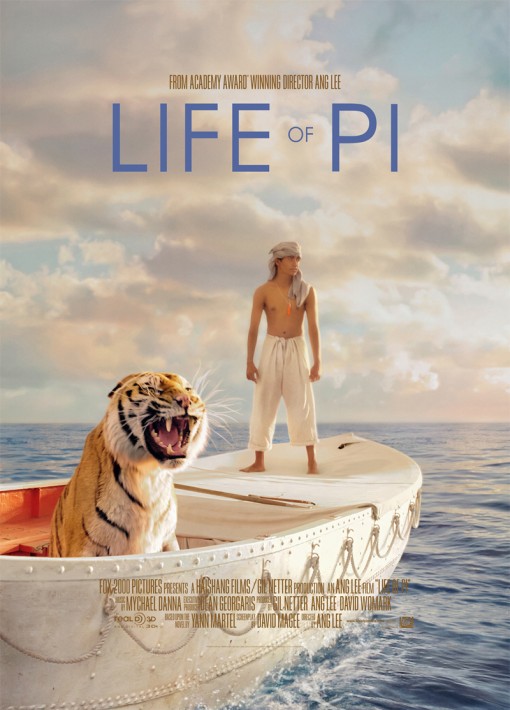 “Each shot, we would sit down with Ang about what kind of day it was and looked through our library and he’d set up a mood,” he says. “What was great about this was that it was the first time that I really felt we could create art through visual effects. It sounds clichéd, but it really felt like every shot was looked at with an artistic view.”

Fox released Life of Pi in theaters nationwide last month. It opens in the U.K. on December 20.