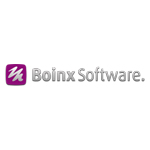 German software producer Boinx has unveiled some special upgrades the 3.1 version of its popular iStopMotion tool. The new release now includes a Screen Capture feature, which had been requested by many users, and has been retooled for better functionality. Artists can easily capture frames from the screen to create stop motion animations or time-lapse movies by pairing the software with illustration programs such as Photoshop or InDesign, or any other app, for example, to document the creation of a drawing. They can then export movies in Apple ProRes format (if the codec is installed), and import directly into Final Cut Pro X for further editing, without the need to transcode.

“Investing in new features for iStopMotion always yields great returns in the form of incredible, new, creative stop motion movies or timelapse videos created by the users,” says Oliver Breidenbach, CEO, Boinx Software. “I remember when I went to school, we were shown a time-lapse of Picasso drawing, which was mesmerizing to watch. I am looking forward to seeing many other clever ways to use this new feature of iStopMotion for Mac.”

Boinx iStopMotion is the leading solution for stop motion animation and timelapse capture, used by many parents, kids, teachers, brickfilmers, pro animators and anyone with an interest in this fascinating movie making technique. From tilt shift and color correction to creating high quality HD movies, iStopMotion is a comprehensive application for the Mac that makes it possible for users of all skill levels to create stop motion animations. In 2011, Boinx Software added iStopMotion for iPad to its family of stop-motion animation products.

iStopMotion 3.1 is now available both from the Mac App Store and the Boinx website for $49.99 or as a free update for existing v3 customers. iStopMotion 3.1 requires OS X 10.7.4 Lion or newer.