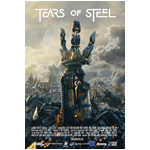 Blender Foundation’s CG-animated short film Tears of Steel will have its live premiere at a special screening hosted by ASIFA-Hollywood today (Wednesday, Sept. 26) at Woodbury University in Burbank. The short will also debut online on YouTube and www.tearsofsteel.org. The short is the fourth Blender project produced via an open vfx pipeline.

Written and directed by Ian Hubert, the project was created by an international team of vfx artists in the studio of the Amsterdam-based Blender institute. The independent production was financed by the online user community of the free program Blender and was supported by the Netherlands Film Fund, the Cinegrid consortium, and by corporate sponsors such as Google.

The film project’s primary target was intended as an incentive for the development of a free and open source pipeline for visual effects in film, using the popular Blender 3D creation software. The film itself, and any material made in the studio, will be released as Creative Commons shortly after the premiere. This concept, a true Open Movie, allows filmmakers to study and reproduce every detail of the creation process.

After the short animation films Elephants Dream  (2006), Big Buck Bunny (2008) and Sintel (2010)  this is the fourth short created in the Amsterdam studio with crowd-funding support.

“The results are truly spectacular,” said producer Ton Roosendaal, “It’s a rare occasion to see your own city transformed with this level of visual effects and storytelling. Best is of course that we now have a complete open source pipeline for visual effect work in Blender – ranging from camera tracking and roto, all the way to color grading.” 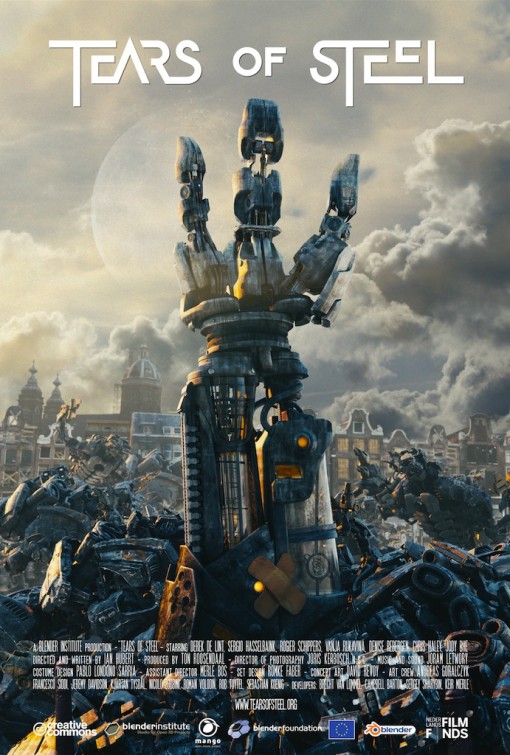 “This was the Blender Institute’s first foray into shooting live action,” says director Ian Hubert. “So every day we were covering new ground. Shooting with the state-of-the-art Sony F65 camera, and with such a talented production crew and actors, meant that we were able to not just to make a gorgeous film, but also provide filmmakers and developers around the world with optimal reference footage.” 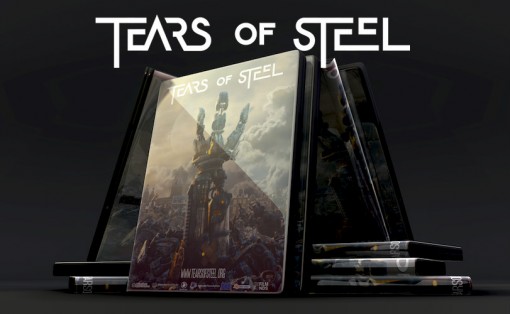 The film’s premise is about a group of warriors and scientists, who gather at the Oude Kerk in Amsterdam to stage a crucial event from the past, in a desperate attempt to rescue the world from destructive robots.