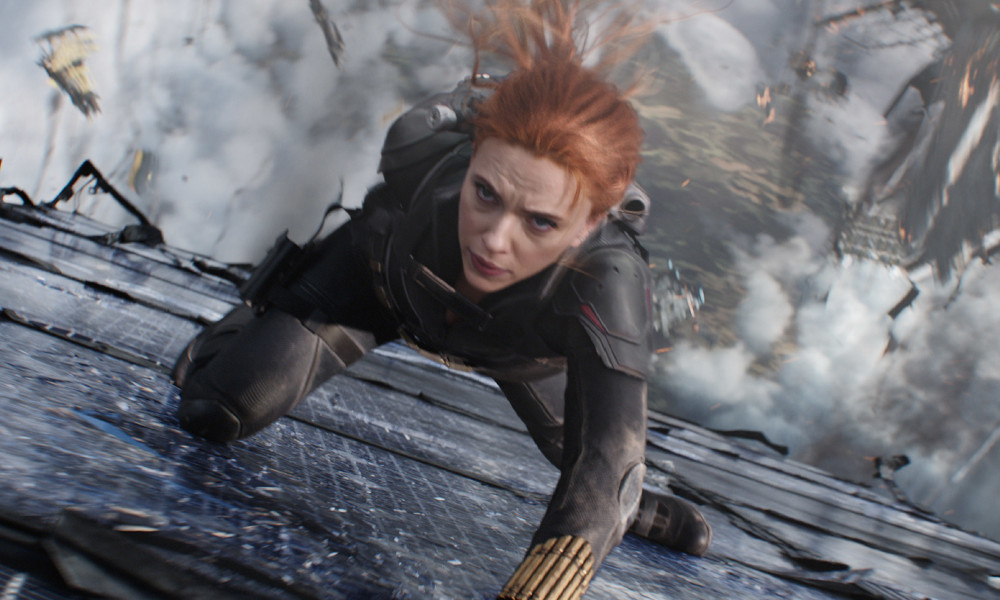 Amazing action and VFX wizardry is expected in any movie that bears the Marvel Studios brand, but incorporating those elements with a gritty spy story and family drama in Black Widow posed new challenges for veteran VFX supervisor Geoffrey Baumann.

“We’re always chasing the best story,” he says. “If it helps make the story better, even if it isn’t necessarily on the page — especially in an action sequence — it is likely to be adopted,” Baumann says.

Black Widow follows Scarlett Johansson’s Natasha Romanoff from her youth living in Ohio with an undercover family of Russian agents in 1995 to just before Avengers: Infinity War, when a message from her former undercover sister, Yelena Belova, sets them on a path that reunites the “family“ and pits them against General Dreykov’s mind-controlling Red Room operation and the power-mimicking Taskmaster. The movie also stars Florence Pugh as Yelena, Rachel Weisz as Melina, David Harbour as Alexei, Ray Winstone as General Dreykov and Olga Kurylenko as Taskmaster.

Director Cate Shortland — working from a screenplay by Eric Pearson and a story by Jac Schaeffer and Ned Benson — brought a grounded approach to the familiar super-heroic action of Black Widow, along with an emotional family dynamic that sets it apart from previous Marvel movies.

“I was excited that the film was going to have a different look to it, and also potentially be touching on some different human emotions, and not just be all about CG,” says Baumann, whose previous Marvel VFX credits include Avengers, Iron Man 3, Captain America: The Winter Soldier, Doctor Strange and Black Panther. “I knew that it was going to be a challenge to find the balance Cate wanted … and yet, at the same time, find ways to be a part of the MCU as well.” 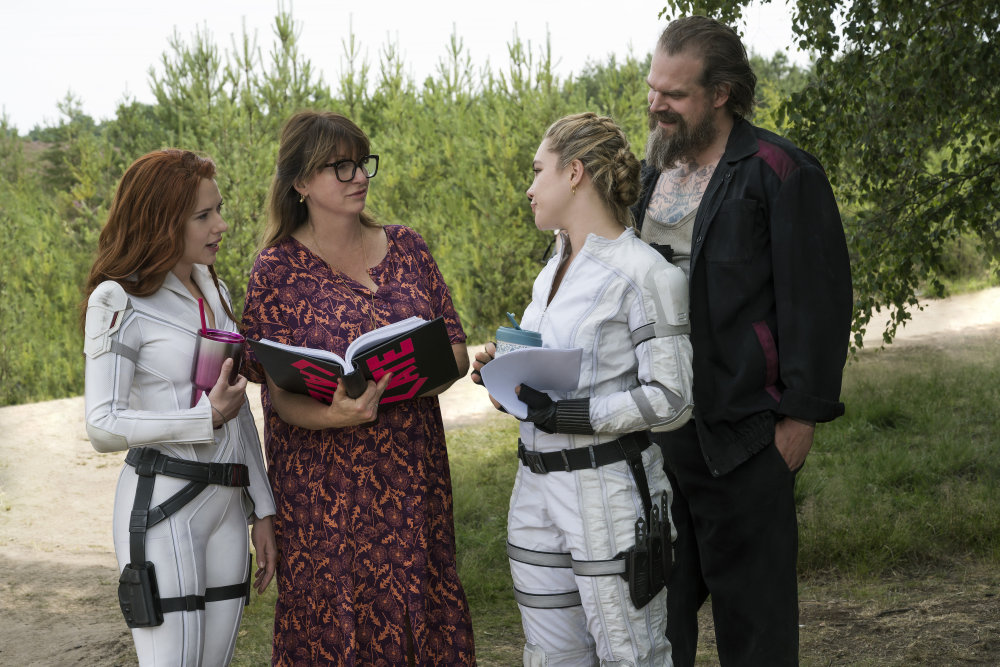 Achieving Shortland’s goals required close collaboration between department heads and a willingness to roll with the punches. Sometimes, changes can be frustrating for the amount of work that ends up being discarded, Baumann admits, but having everyone focused on the story makes the process easier. “On this film, we were fortunate with Charlie Wood, our production designer; and Rob Inch, our stunt coordinator; DarrIn Prescott, our second-unit director — we had great collaborators to support changes and to be able to make adjustments,” he says.

A good example is an early chase sequence in which Yelena and Natasha clash with Taskmaster in a sequence that includes motorcycles, cars and rooftop battles in Budapest. “We did previz extensively to get the camera angles that Cate liked, the shots she wanted,” Baumann says. “The second-unit team would always try to get more, if they could, but at least they had a clear roadmap of what we wanted to achieve.”

The sequence was fleshed out in production, to ensure that the first-unit and second-unit footage could be combined seamlessly into the final version. 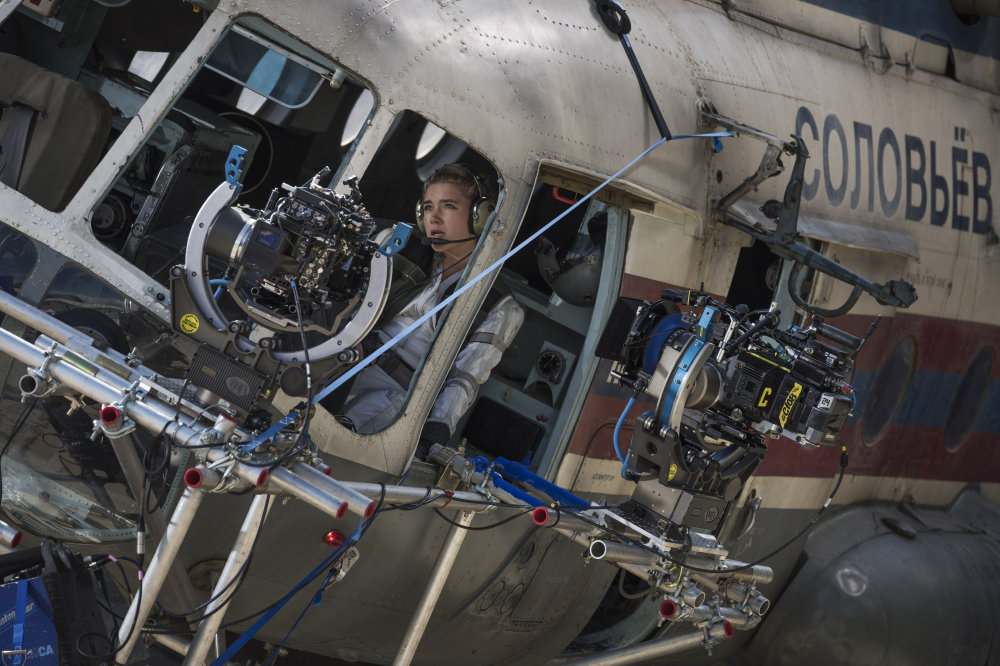 Natasha and Yelena breaking their undercover father, Alexei, out of a gulag-style Russian prison dominates the middle of the movie, and comes complete with helicopter rescue and an oncoming avalanche. Baumann says the gulag camp was set into plates shot on location in Norway to achieve a realistic look. “I try to always do that if I can,” he says. ”I always feel that if anything is sitting in a plate, it always feels a bit more real.”

The sequence, done by Weta Digital, originally wanted to time itself to how long a real avalanche in that location would take, Baumann says. But, again, story was the prime consideration. “We had to cheat a little bit once we cut into the story of it all,” he says.

Baumann says the sequence came to exemplify the movie’s family dynamic. “What was kind of fun is you ended up with Yelena in the helicopter, Natasha on the bridge and Alexi down at the bottom,” he says. ”And there was this interesting discourse that kind of still felt like family in the middle of an action scene.” 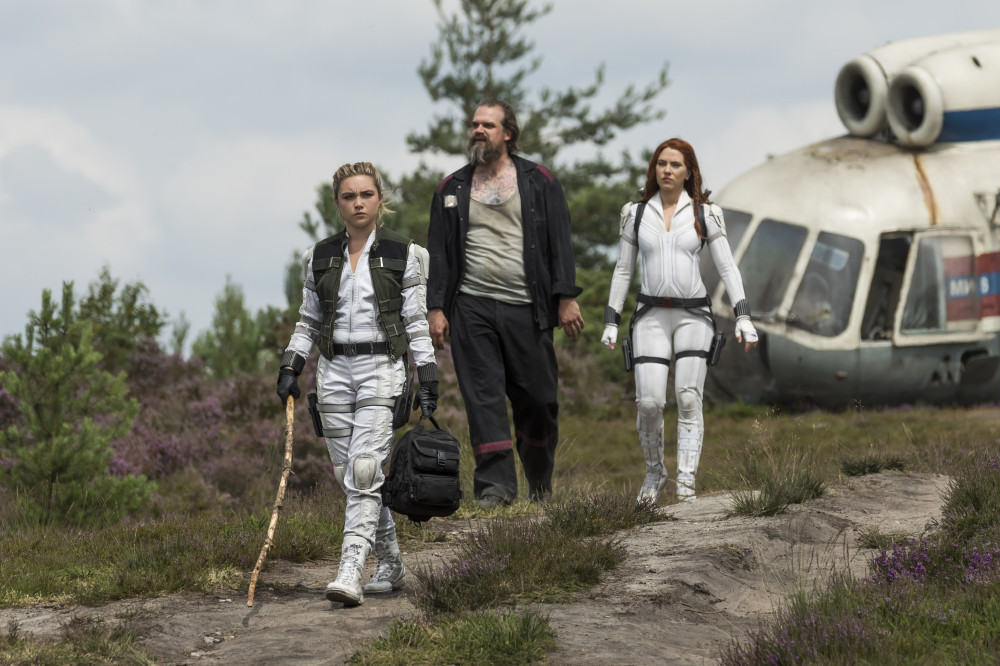 There also was good collaboration between VFX and the stunt department to ensure the footage — shot in multiple locations and sets — connected. “There was lots of inter-connective tissue that needed to be thought out ahead of time,” he says. “And I thought that all worked out pretty well and stayed pretty consistent to what we had initially envisioned.”

Countering Natasha and friends is Taskmaster, a technologically enhanced fighter who can mimic the powers and fighting styles of other characters. Baumann says they began work on the character by figuring out which styles the character would mimic, and that kept evolving through production.

They relied on a stunt performer who had worked on multiple Marvel Cinematic Universe productions and knew the moves that had been developed for characters like Captain America and Hawkeye. Motion cycles were captured with the performer both in and out of the Taskmaster costume, Baumann says. 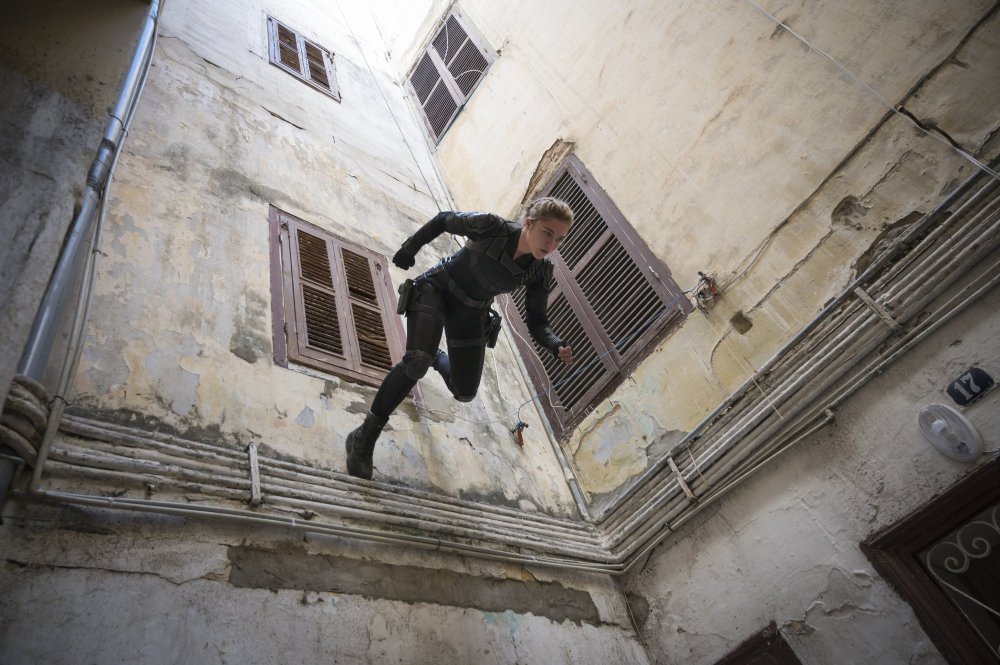 ”We would have him wear the entire costume and then basically go through different characters’ training regiments,” he says.

The movie’s final act — as with most Marvel movies, Baumann says — proved the most complicated, difficult and flexible of the entire project. In it, all the characters have assembled on Dreykov’s airborne Red Room base, which is damaged and begins to break up, with characters and debris in free fall during their final conflicts.

Baumann says the final sequences in Marvel productions are always given a little more leeway to deviate from the plan — as long as it serves the story. “Everyone else’s role is locked into place a little earlier than the visual effects, so that’s where we have a perceived ability to continually make changes,” he says. “But our window closes just like everyone else’s does — just a little later.”

The film was nearly complete when the COVID-19 pandemic delayed the film’s release for more than a year. That didn’t really translate into additional time for the VFX team, Baumann says. Final stages were mostly completed on home workstations, though Baumann was later able to see and evaluate the final phases on a big screen at a facility in Burbank.

The final film has 2,467 VFX shots in it, Baumann says. ILM had the most, with just over 700, followed by Weta Digital with 400. Baumann praised the work of Perception, a New York-based facility that he has worked with to create design interfaces and languages on multiple Marvel productions.

Baumann says he is glad Black Widow found early success with audiences who have welcomed it into the ever-expanding Marvel Cinematic Universe with its positive message about family. “I really appreciated that,” he says. “I enjoyed my collaboration with Cate, and I think that was probably one of the highlights of it for me.”