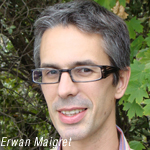 French 3D CG software company The Bakery has announced that it will unveil its new animation and visual effects lighting and rendering solution Bakery Relight at the upcoming NAB Show, set for April 11-14.

Bakery Relight is the first software solution to support the lighters’ and shaders’ iterative process (progressive and interactive refinement of properties and details) with full resolution feedback within seconds. This methodology also allows superior matching of CG illumination with composited live-action elements. Hawaii Animation Studio, NHK Japan and Cybergroup in France are three of The Bakey’s industy clients.

“Bakery Relight not only introduces new artistic possibilities, it solves the lighting and rendering bottleneck found at nearly all studios,” says company co-founder Erwan Maigret, who worked as tech lead on DreamWorks Animation’s Shrek 2, Madgascar and Shrek the Third “Our research tells us that companies that use Bakery Relight can improve turnaround times by up to 300%. Our solution addresses all the needs of lighters in one place.”

Bakery Relight is designed for both stereoscopic 3D and flat (2D) productions and also provides 3D HD preview and rapid 3D rendering of left and right eye views. The customizable solution integrates smoothly with popular, complementary software packages. It also supports multiple artists and technicians working in parallel in a single or at multiple locations and provides easy ins-and-outs for them. Each unit will be sold for 3,500 euros ($4,933) per seat.

The Bakery was founded in Gemenos, France in 2007 by veteran movie industry artists and technologists Erwan Maigret and Arnauld Lamorlette. Lamorlette received  a 2011 Technical Achievement Oscar for co-developing a global illumination solution.

The Bakery will demonstrate Bakery Relight at the 2011 NAB Show, April 11-14, at the Las Vegas Convention Center, South Hall Lower #10008. Special introductory pricing packages will be available for the month of April.