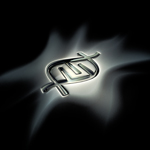 Software maker Autodesk announced at the Game Developers Conference a number of new application releases, including Autodesk HumanIK 2012, a middleware application for character animation in games.

Autodesk describes the releases, which are expected to be available this spring, as follows:

The company also announced the 2012 version of the Autodesk Entertainment Creation Suites, which includes new versions of 3ds Max, Maya, Softimage, Mudbox and Motion Builder, all with substantial improvements and upgrades. The company described each upgrade as follows:

For more information on technical specs, pricing and availability, visit the company’s website at www.autodesk.com.