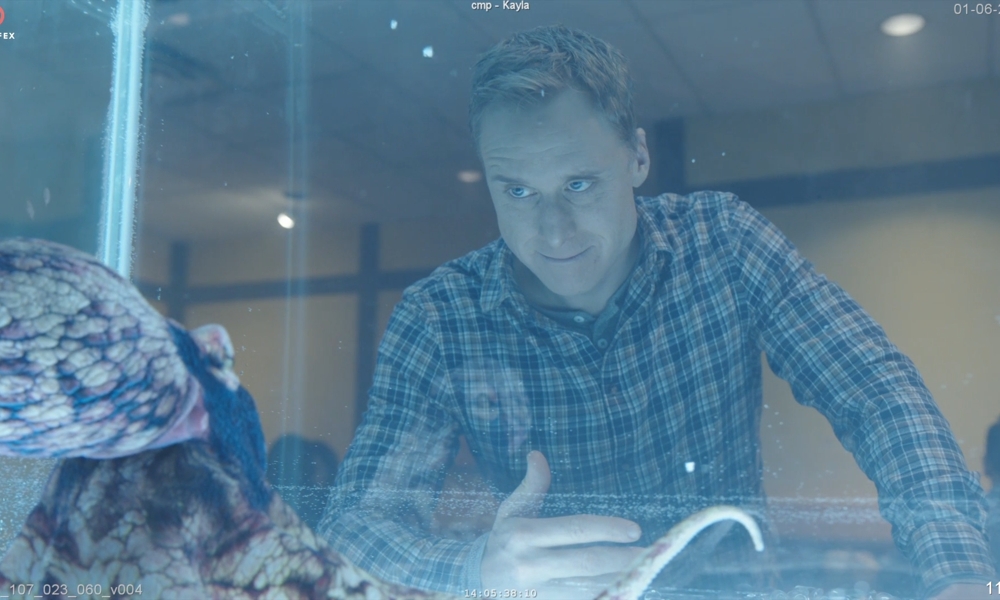 Resident Alien (Octopus in restaurant tank. Animation had to find a sweet spot that suited the vocal performance, without taking you out of the moment by being too cartoonish or artificial.)

Amid the COVID-induced workflow adjustments of 2020, Vancouver VFX house Artifex Studios was tasked with delivering 685 shots for SYFY Channel’s hit sci-fi comedy Resident Alien. As the series wraps its initial 10 episode run, the full scope of Artifex’s work is on display: everything from town and mountain environments, to spaceships and bacon-grabbing tentacles.

Based on the comic-book series by Peter Hogan and Steve Parkhous, Resident Alien is a mystery tale with a comedic sci-fi twist: An alien (played by Alan Tudyk) crashes on Earth and hides in a remote Colorado mountain town. After assuming the identity of the town doctor, his nefarious mission is threatened when he realises one of the townspeople, a nine-year-old boy, can see his true alien form. The series is produced by Jocko Prod., Universal Content, Dark Horse Entertainment and Amblin Television. 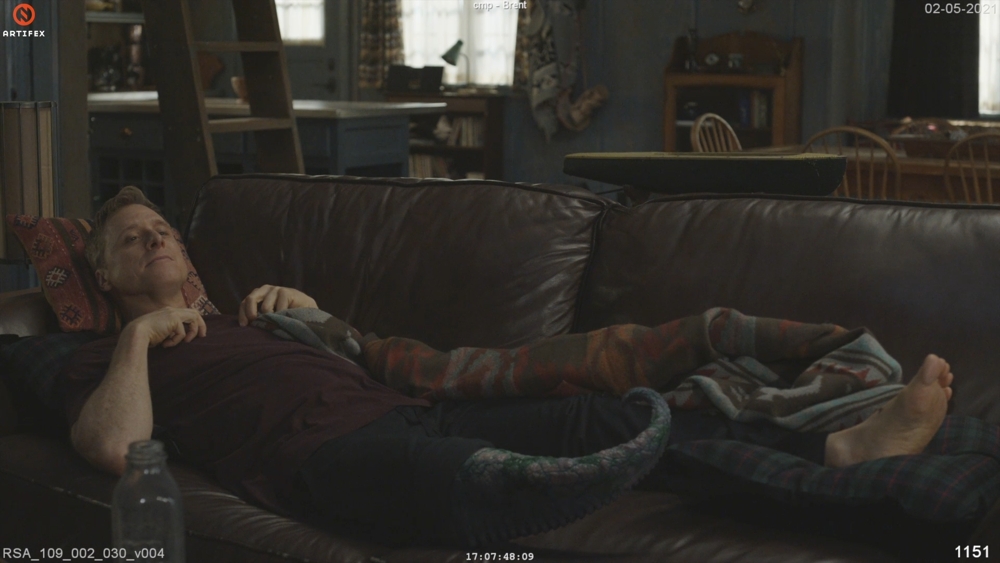 Harry’s octopus leg. Painted out what was visible of Alan Tudyk’s leg, and added the CG leg. Flailing animation, interacting with bacon.

The studio was involved early in setting key environments for Resident Alien, and continued to add embellishments or build-outs dependent on scene requirements. In Episode 6, the studio augmented stock plates to add sweeping snow-covered mountain ranges, while Episode 8 saw a build out of magnificent practical glaciers into a full environment.

The glacier sequence in Episode 8 in particular demanded that virtually every moment was touched in some way by Artifex, whether with matte painting, CG extensions, smoothing and alteration of the set, or texture work to subtly add snow and ice. The studio also had to provide extensive rotoscope work in the season finale to transform a daylight town scene into night, complete with lit matte interiors for buildings, etc.

Glacier environment. Lots of matte painting work, set extensions, but also smoothing and altering the texture of the set, to feel more like snow and ice where necessary.

Artifex also got their creature animation fix, when called upon in Episode 7 to create a CGI octopus (voiced by Nathan Fillion), which Tudyk interacts with through aquarium glass. The photoreal octopod inspires a later scene in Episode 9 wherein the studio had to supplant Tudyk’s leg with a tentacle, which seeks out — among other things — bacon.

“The animation had to find a sweet spot that suited the vocal performance accompanying it,” said Artifex VFX Supervisor Rob Geddes. “We wanted to be careful to provide a grabbing visual without taking the viewer out of the moment by being too intentionally cartoonish or farcical.” 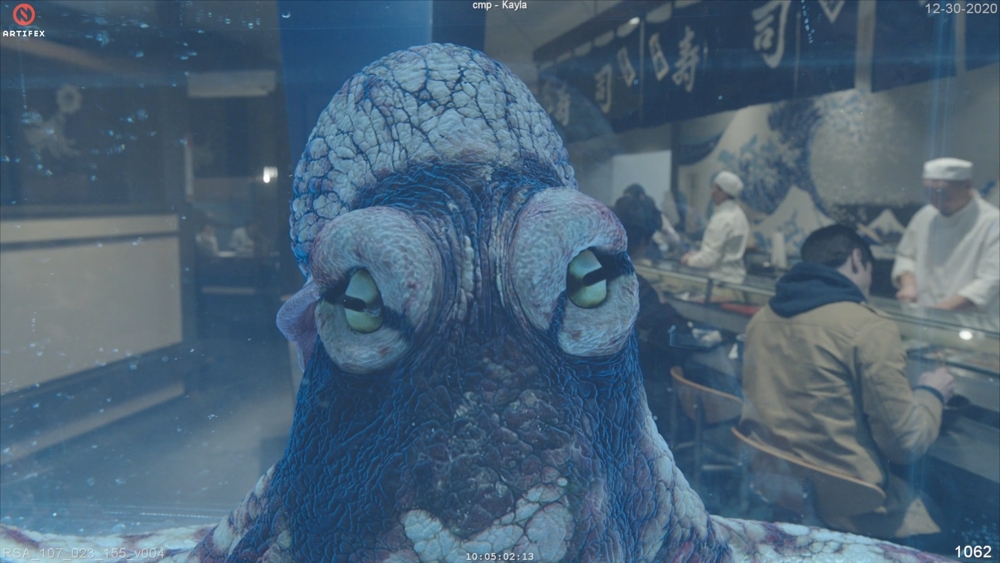 Octopus in restaurant tank. Animation had to find a sweet spot that suited the vocal performance, without taking you out of the moment by being too cartoonish or artificial.

Harry’s octopus leg. Painted out what was visible of Alan Tudyk’s leg, and added the CG leg. Flailing animation, interacting with bacon.

Rounding out the work was the inside of the spaceship in Episode 10, the season finale. Artifex designed and integrated the spaceship interior inside and around the greenscreen set.

The project spanned roughly a year due to delays imposed by COVID, with both internal and external adjustments being made to reflect the realities of working remotely.

Hardware and software applied during the project included Maya and V-Ray for modeling, animation and rendering; tracking in Syntheyes, matte painting in Photoshop, compositing in Nuke, scheduling and production tracking in ftrack, and Meshroom for photogrammetry.

Resident Alien was renewed for a second season last month. Catch up on Season 1 on syfy.com.