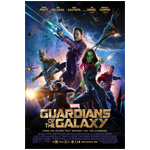 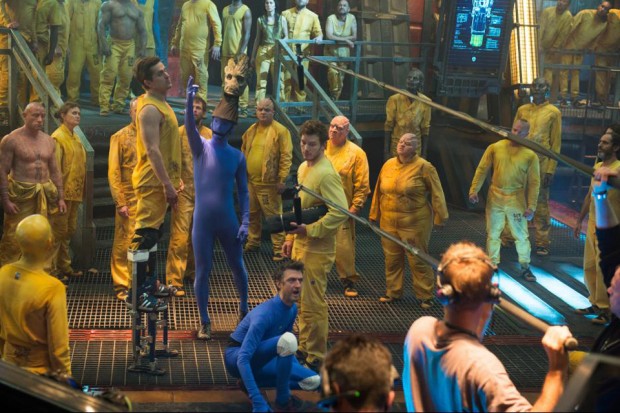 Framestore and MPC each faced distinct challenges in animating Guardians of the Galaxy‘s Rocket and Groot.

Marvel Studios’ Guardians of the Galaxy is like a low-rent version of The Avengers, only with a 1970s sci-fi vibe applied by director James Gunn (Slither). It’s about a rag-tag quartet banding together to save the universe. But it’s not surprising that the two animated characters — the genetically engineered raccoon, Rocket, and the tree-like humanoid, Groot, steal the movie.

Voiced by Bradley Cooper with a thick New York accent, Rocket was animated by Framestore, while Groot — his single line, “I am Groot!” was voiced by Vin Diesel — was animated by MPC.

“We pretty much let the vendors do their own versions of the characters, looking at the concept art and the comics.” — Stephane Ceretti, production VFX supervisor, Guardians of the Galaxy

“We had a definite look for Groot but Rocket was more in flux,” says production visual-effects supervisor Stephane Ceretti. “We pretty much let the vendors do their own versions of the characters, looking at the concept art and the comics. Also, we wanted to know more about raccoons, so we had a real one come in (courtesy of the U.K. animal encounters company Oreo and Friends). We learned how they look, how they live, how they move.”

Both Rocket and Groot were animated in Maya with Framestore and MPC applying their own in-house customizations. However, Rocket was rendered in Arnold, which provided a photo-real look and handles fur well. By contrast, Groot was rendered in RenderMan, and that’s where the two studios had to negotiate the handling of shared assets to make them match.

“The thing that we wanted to keep was that Rocket had animalistic qualities,” says Ceretti. “They are very tactile and use their fingers while doing something else. And so we have Rocket assemble things in the movie — he’s very savvy with technical stuff. And he’s very agile in that he can build with his hands while he’s doing some other things.”

In fact, when the Guardians make a wild prison escape early on, Rocket assembles batteries from the tower while taking off in a craft. “And the way we played it was exactly what we discussed during that meeting (about raccoon behavior). We had a lot of close-ups (and in 3D) so the level of detail had to be very high. I think the challenge was more about the performance and displaying a range of emotions. He’s going from being that badass raccoon, super-excited, shooting guns everywhere, to (being much more vulnerable). So we had to express that on his face and in his eyes. James was very adamant that we could get all of that in what we were building.

“We did a lot of eye tests: the size of the eyes, including iris and pupils. We tried to stay true to the reality but what we found that was really important was getting the level of moisture in the eyes and in the eyelids and the reflections. We played around with the level of color. When we wanted more emotion, we actually made the eyes a little darker. For some reason, that made him more childish. Also, he has that mask on his face so it was important that we played around with the eyebrows. At times they were almost going on top of the eyelids.”

Rocket’s walk — or strut — was important as well. Most of the time, Framestore had him walk straight up on two feet but then running on all fours and going as fast as he can when he’s in battle. “And that was part of the idea of keeping some of the animalistic qualities in his animation,” Ceretti says.

There were stand-ins for both Rocket and Groot, but, interestingly, Rocket’s stand-in was the director’s brother, Sean Gunn. “We had Sean with us in every single Rocket shot with witness cameras to make sure that the eye lines were correct and the other actors had a proper actor to respond with.”

Of course, Groot is a lot less expressive and more stylized and had his own set of animation challenges. MPC came up with a very complicated facial rig. His eyelids are really detailed along with the sockets and the way they move with the eyes was crucial.

But because Groot’s a tree and made of wood, the biggest consideration was how much to make him bend. “We wanted the wood to be pretty stern and not look rubbery,” Ceretti says. “So for the body, we have these pretty big exterior plates that are pretty solid and don’t bend, and then we have the interior rig in place with all the branches and twigs kind of sliding and pulling the overall structure of his body like muscles. The vines are more bend-y.”

For the branches that act as Groot’s arms and legs, he has the capacity to make them grow on the spot, and that’s where he derives his incredible strength when grabbing baddies or making his escape. “We tried to keep a language that’s consistent throughout so we looked at time-lapse photography for how plants and trees grow. But we tried to keep it natural with slightly stronger wood.”

Rocket and Groot apparently form quite a strong bond, but you’ll have to see the movie, out Aug. 1, to experience how that emotional arc plays out.