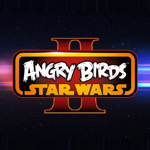 Rovio Entertainment Ltd. and Lucasfilm Ltd. have announced they are continuing their collaboration by offering a sequel to their hot property smash-up game Angry Birds Star Wars. The follow-up, Angry Birds Star Wars II (we sort of wish it had a catchy title like The Pigs Strike Back) will launch September 19 and be available in app stores worldwide.

The new game app will follow the story of the three Star Wars prequels and will introduce never-before-seen Angry Birds Star Wars characters. For the first time, players can choose to “Join the Pork Side” and play as one of those villainous piggies.

“Angry Birds Star Wars was a blockbuster hit for us and Lucasfilm with over 100 million downloads since its release. We are thrilled to be able to introduce the exciting next chapter in the Angry Birds Star Wars saga to our fans around the world,” said Jami Laes, Executive Vice President of Games at Rovio Entertainment. “Some of the most amazing character additions are versions of young Anakin, Mace Windu and Darth Maul. Hasbro’s TELEPODS technology also provides a great way to extend the experience beyond the app and bring a whole new dimension to the gameplay.”

Those TELEPODS will add a new interactive layer of gameplay and content to the second game. In addition to the pre-loaded content, players can unlock new characters and powers by scanning one of the collectible TELEPODS figures from Hasbro into the game through their phone or tablet camera—over 30 figures will be available at launch. Additionally, a new line of merchandise will be available September 19, including toys, apparel, accessories, books and plush. Hasbro TELEPODS will have a debut public presentation at the San Diego Comic-Con this month. 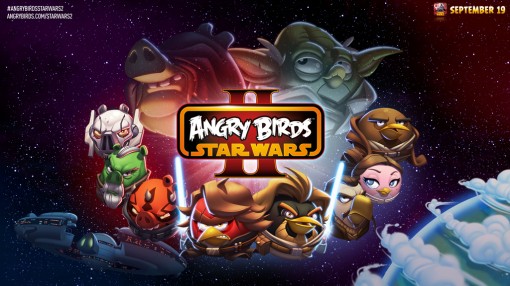