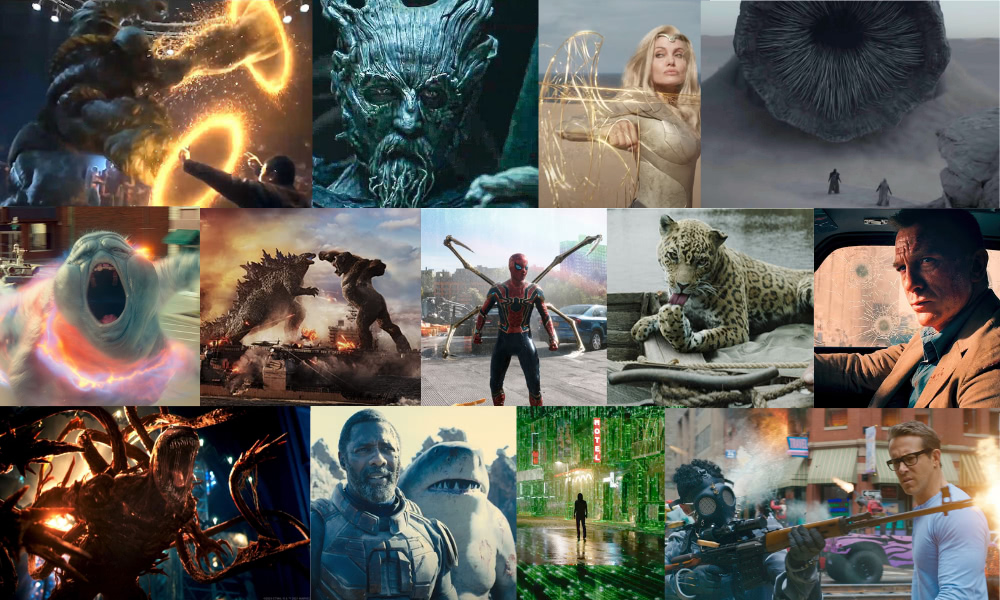 With no magical crystal ball available and lacking the ability to jump forward in time, we consulted industry professionals, media outlet charts, and personal intuition to come up a list of the top contenders in the Best Visual Effects race at the 94th Academy Awards, which will be held on March 27, 2022. The previous three winners First Man (2018), 1917 (2019) and Tenet (2020) prioritized the ability to seamlessly blend practical and digital effects over showcasing fantastical spectacle. As much as Marvel Studios has dominated the box office, the MCU has had better luck obtaining the Infinity Stones than an Oscar for its visual effects work.

This could change with a trio of contenders with the strongest being the multiverse-nostalgia infused Spider-Man: No Way Home. There are outliers that could cause upsets the way Ex Machina did at the 88th edition of the awards. Clone drama Swan Song and the oncoming asteroid satire Don’t Look Up have been mentioned, but the one that truly stands out is the revisionist Arthurian tale The Green Knight. The big money, however, is on Denis Villeneuve’s adaptation of Dune, which has received high scores for its visual panache, although audiences were divided over its overall narrative success. Here is a look at some of this year’s top contenders — arranged in alphabetical order — which will probably end up on the VFX shortlist (announced on Dec. 21). 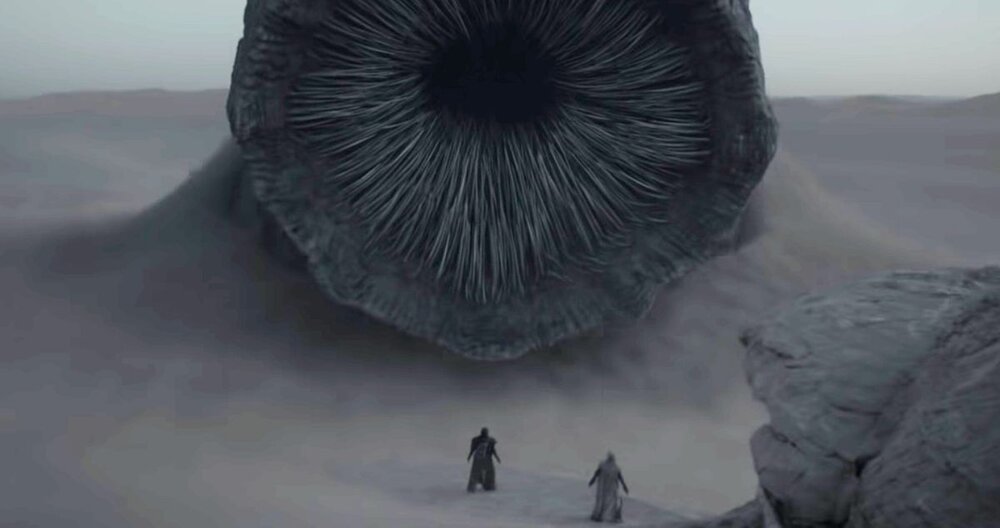 Notes: Giant sandworms, flying ornithopters, world building ranging from desert to oceanic planets, blue eyes caused by spice consumption and a protective energy shield are signature elements from the original novel by Frank Herbert. Lambert’s goal was to physically build the backdrops as much as possible and then incorporated sand-colored screens to ensure that proper environmental lighting was incorporated into the CG imagery. 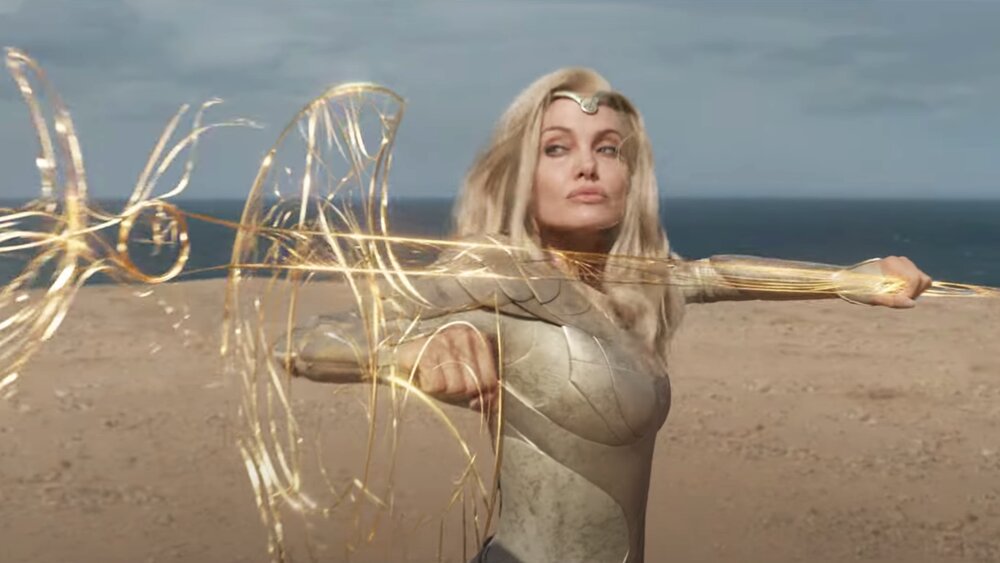 Notes: Zhao’s MCU debut has generated a lackluster critical response, but her naturalistic visual style offered a fresh take on the superhero franchise. While the blockbuster spotlighted a variety of superpowers that echoed the X-Men movies, the lack of public familiarity may well hinder its chances. 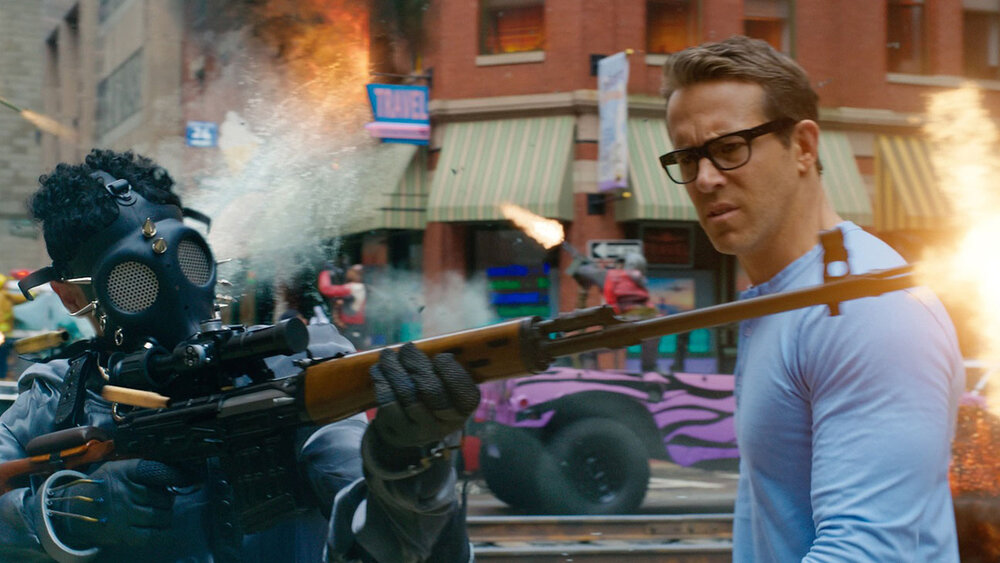 Notes: You should never underestimate the popularity of Ryan Reynolds, who is the personification of a Looney Tunes cartoon character. Rather than turning a tribute to Grand Theft Auto and Fornite into a sensory overload, Reynolds and Levy skillfully play video game tropes to their full comedic potential. 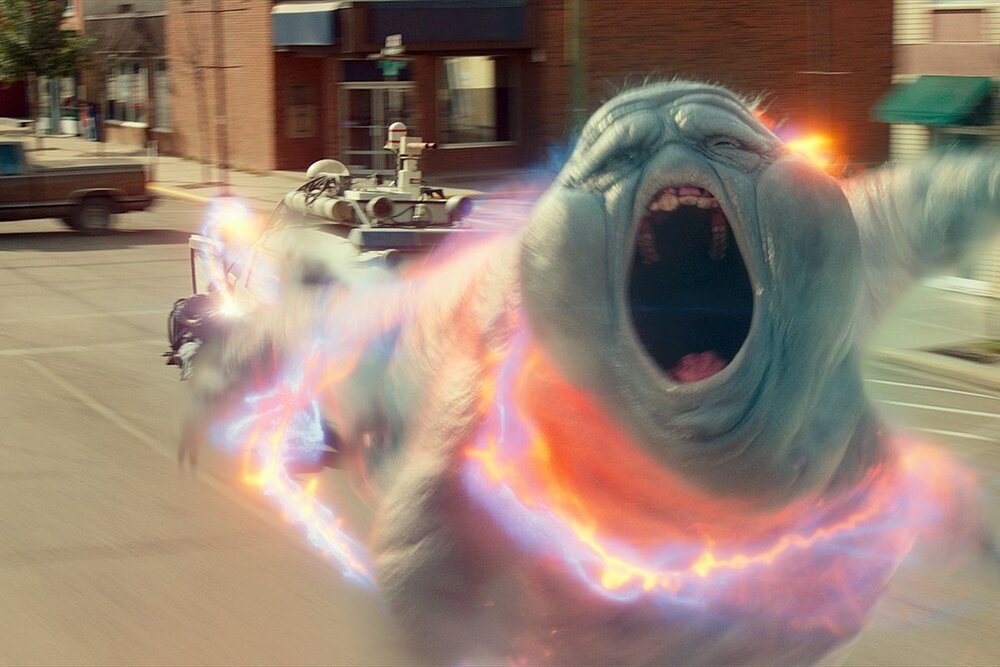 Notes: Eighties nostalgia may prove to be a winning formula as Reitman follows in the footsteps of his father, while offering a different spin on iconic effects such as Stay Puft Marshmallow Man. (Who can resist the scene featuring the iconic character, a graham cracker and a bar of chocolate?) Although the ghosts themselves don’t make a showing until the 51-minute mark of the movie, the movie manages to offer a good mix of CG and practical effects. Of course, instead of Slimer, the movie gets a new burly CG-animated ghost named Muncher.

Notes: The title alone is enough to justify why this kaiju battle fest is a worthy contender — as well as the extensive world building that includes an epic Hollow Earth in which Kong and his ancestors came from. 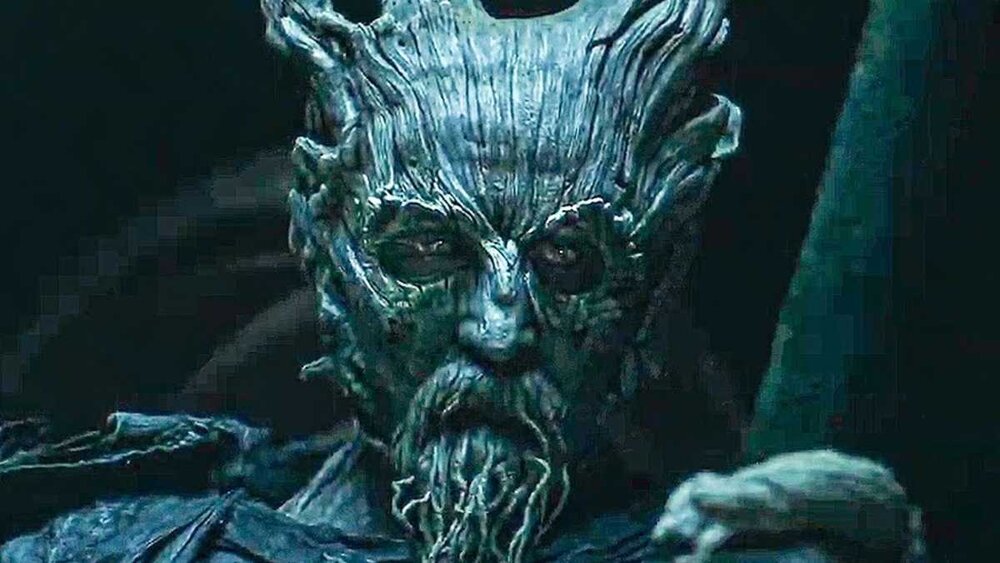 Notes: The limited budget did not hinder the storytelling ambitions of Lowery, since the stylized and pensive movie featured a talking fox, walking giants, ancient castles and an adversarial forest being. 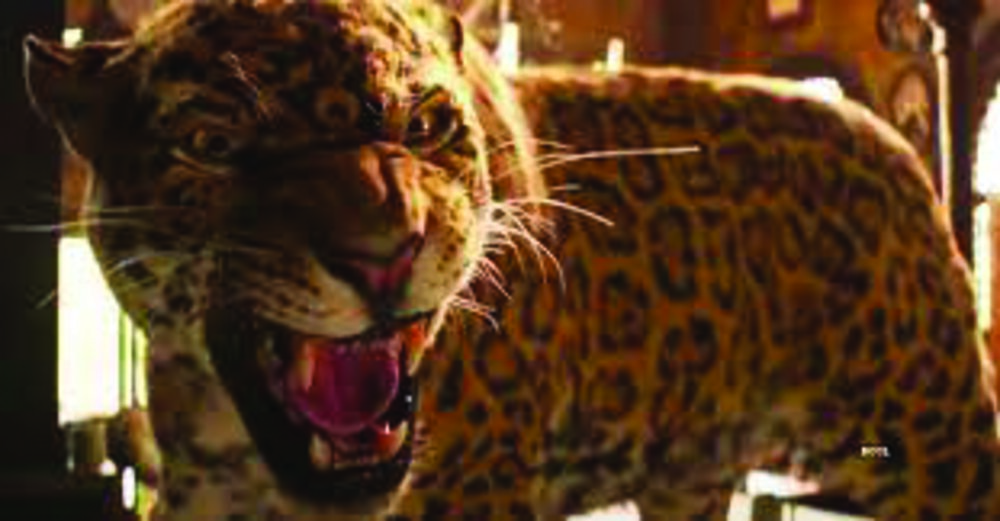 Notes: The wild jaguar Proxima is a worthy successor to the Bengal tiger Richard Parker from the Oscar-winning Life of Pi.  Let’s not forget those cursed conquistadors who have become one with nature recall another theme park ride and blockbuster franchise, Pirates of the Caribbean. 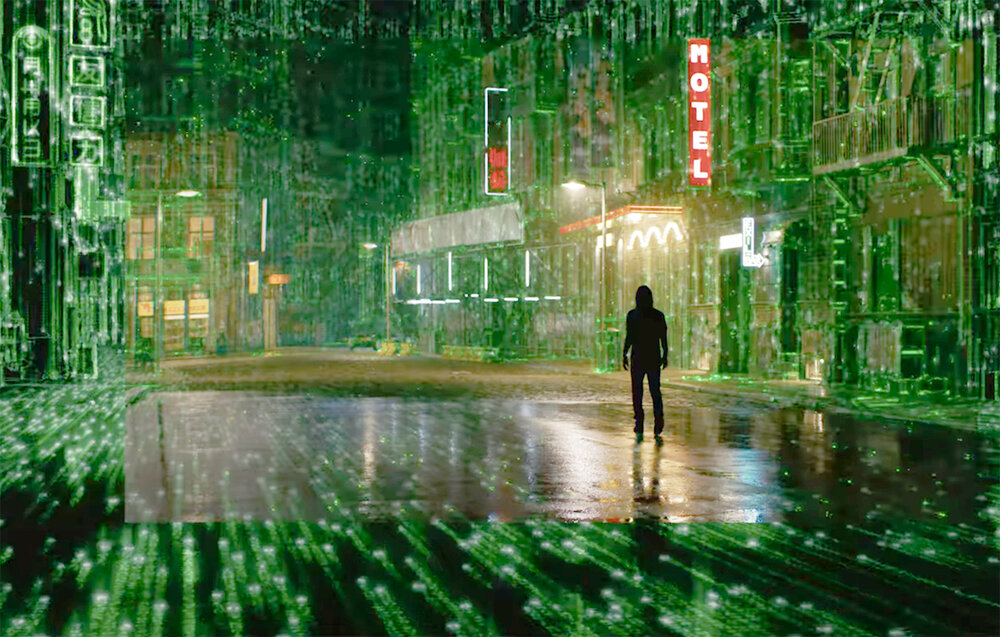 Notes: The big question on everyone’s mind is whether Wachowski can resurrect the spirit of the original (and if the absence of sibling Lilly is a bad omen). Either way, the visual demands will be pushing the technological boundaries to produce mind-blowing spectacles. It is unclear how the virtual prison created by the computers will appear in this incarnation, or how Neo and Trinity will be brought back to life. Also, what does a young Morpheus have to do with the storyline? Depending on the reaction of audiences and critics, Academy voters will have to choose between the red pill or the blue! 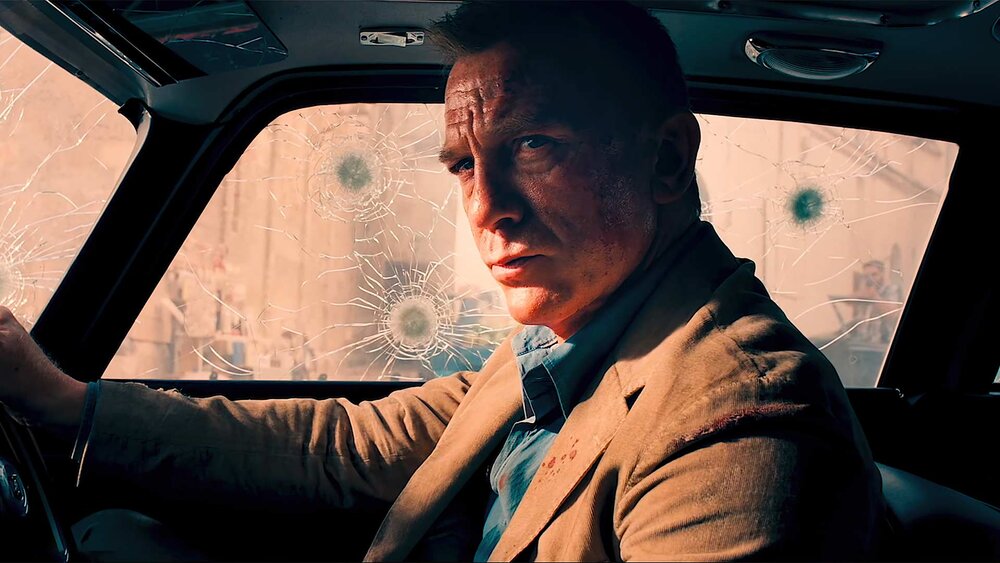 No Time to Die

No Time to Die

Notes: Even with all of the iconic action sequences, the James Bond franchise has only been nominated three times in this race. With this being Daniel Craig’s final performance as 007, Fukunage has pulled out all of the stops with death-defying motorcycle and car stunts as well as a practically shot sinking trawler to achieve the expected scope, while adding more gravitas than usual to the globe-spanning proceedings.

Shang-Chi and the Legend of the Ten Rings

Shang-Chi and the Legend of the Ten Rings

Notes: This welcomed deviation from the MCU formula offers dazzling fight sequences which showcase mischievous martial arts choreography, including a bus confrontation sequence and the battle on the construction scaffolding. There is also the reintroduction of the Abomination and an audience favorite, a faceless creature known as Morris. 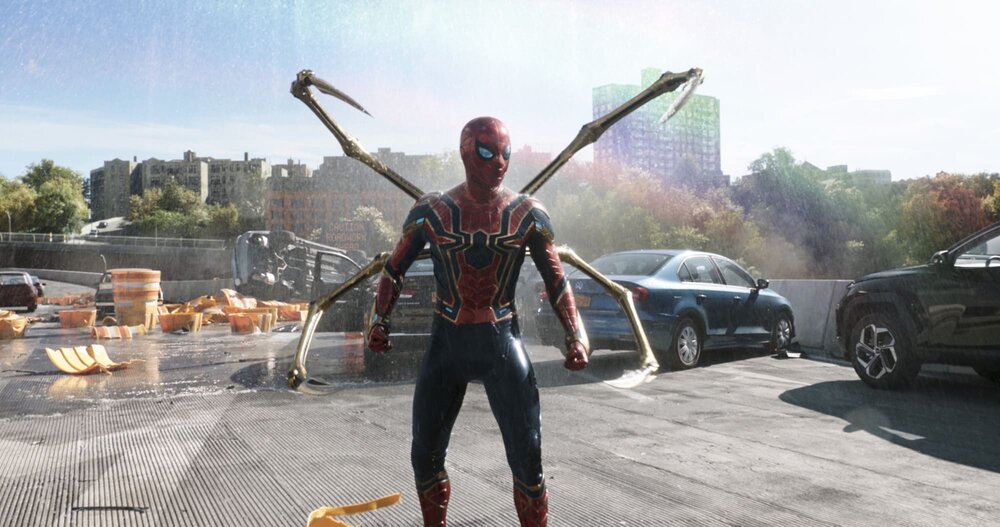 Notes: This is going to be the biggest surprise or letdown depending on whether Watts is able to honor and update the previous solo outings by Sam Raimi and Marc Webb into his own version of the Wall Crawler. There will be more of a reliance on CG with digital effects vastly surpassing what was possible when mechanical arms had to be puppeteered for Doc Ock in Oscar winner Spider-Man 2. Watts aptly handles surrealism as proven with the illusion battle in Far From Home, so it will be intriguing to see how he uses Doctor Strange in this adventure. 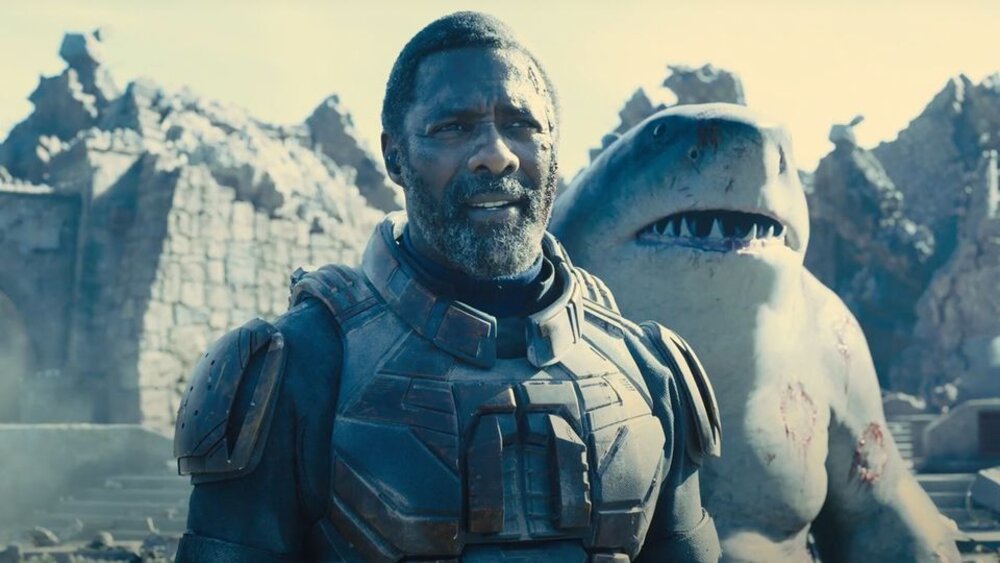 Notes: Gunn hit the jackpot with his previous comic-book adaptation, Guardians of the Galaxy, and audiences seemed to really enjoy the off-the-wall and edgy energy of the Squad. He definitely has a knack for dealing with superpowered misfits that are a mishmash of human and CG characters. There is something so right about the monosyllabic King Shark being voiced by Sylvester Stallone. 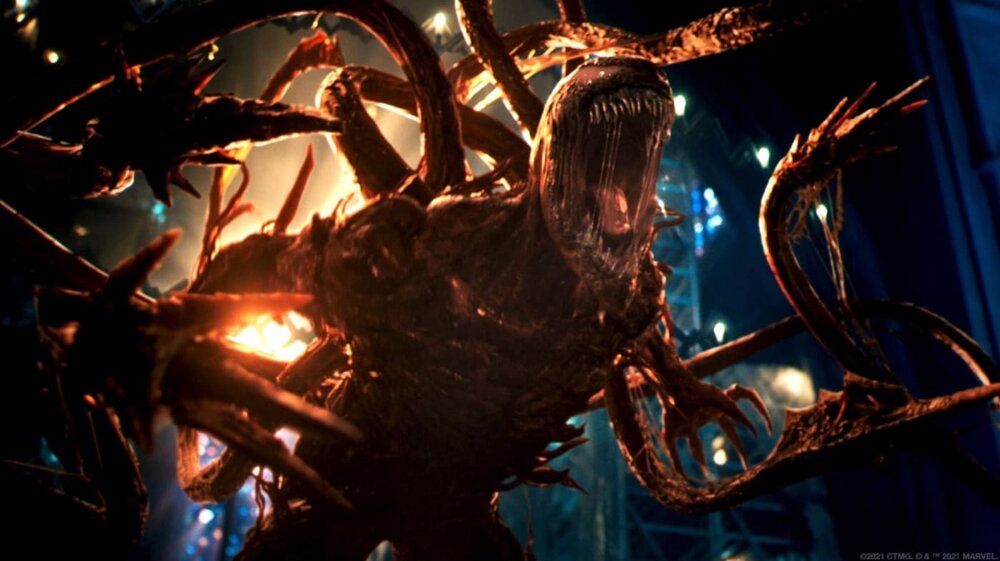 Notes: Yes, there is the protagonist Carnage which has an unhinged serial killer as a host, but the real achievement is how visual effects and acting come symbiotically together for dysfunctional Odd Couple roommate relationship between Venom and Eddie Brock (Tom Hardy).