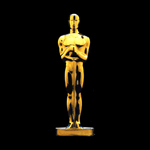 The Academy of Motion Picture Arts and Sciences has announced the seven films that remain in the race for the best visual effects Oscar.

These seven films will be featured in the Jan. 20 “bake-0ff,” during which the filmmakers will present 15-minute excerpts from each film and answer questions, followed by member voting to determine the three nominees.

The nominees will be announced Jan. 25 and the winner unveiled Feb. 27 at the 83rd Academy Awards ceremony.