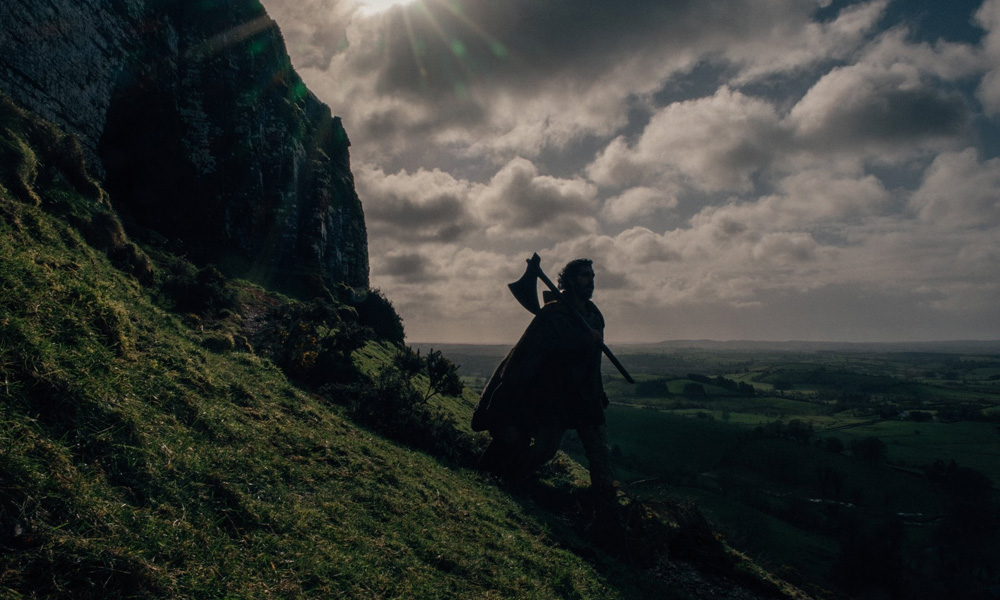 One of this summer’s more intriguing fantasies has an unlikely source of inspiration: the 14th century Middle English chivalric romance known as Sir Gawain and the Green Knight, penned by an unknown writer. Filmmaker David Lowery’s (A Ghost Story) new movie The Green Knight tells the story of King Arthur’s headstrong nephew (portrayed by Dev Patel) who embarks on a quest to confront the eponymous knight, a gigantic tree-like creature. To bring the period and fantasy elements of the story to cinematic life, Lowery relied on the visual effects expertise of Weta Digital, Outpost VFX and Maere Studios. 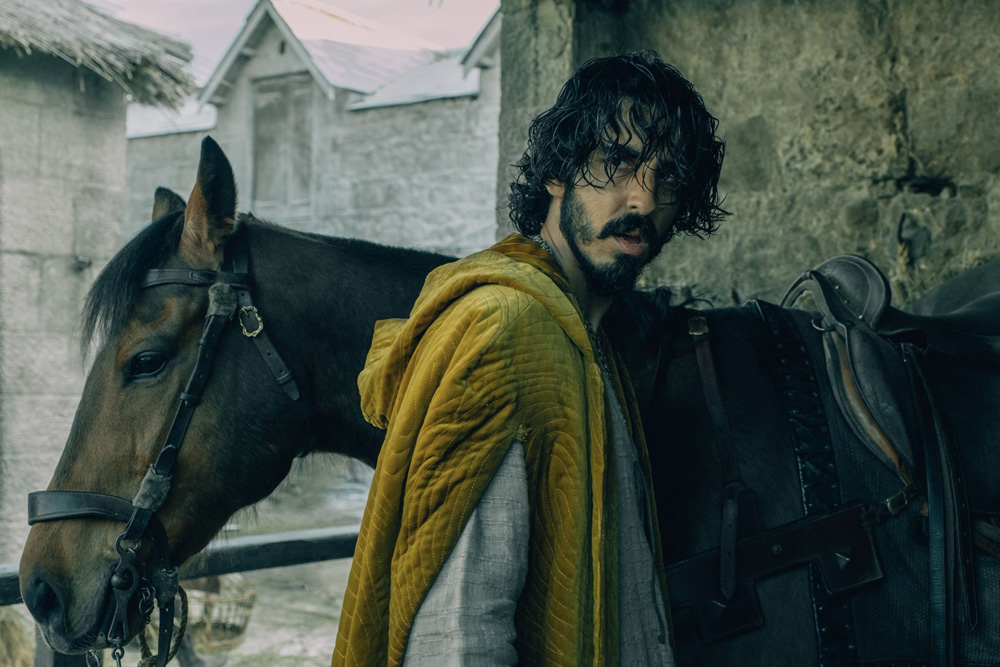 “Our post-production time was eight months, and we worked on just over 200 shots with a small but efficient team,” explains Eric Saindon, VFX supervisor at Weta Digital. “David and [producer] Toby Halbrooks always set up their own small post-production group for doing VFX shots and plate clean-up. We shared as many assets as possible to help them out and make sure we were not duplicating work. David is always able to sketch out informative storyboards, while [production designer] Jade Healy always puts together detailed reference packs and artwork to give us a clear idea of the look and feel of the movie.”

Saindon mentions that the critical part of the film was grounding the imagery in live-action plates. “Ireland has so much history and great locations for filming — with a few little visual effects enhancements to an old castle, it’s transformed into a medieval set. Because we were able to get good LiDAR scans of all the locations, camera tracks and set extensions were easily possible.” 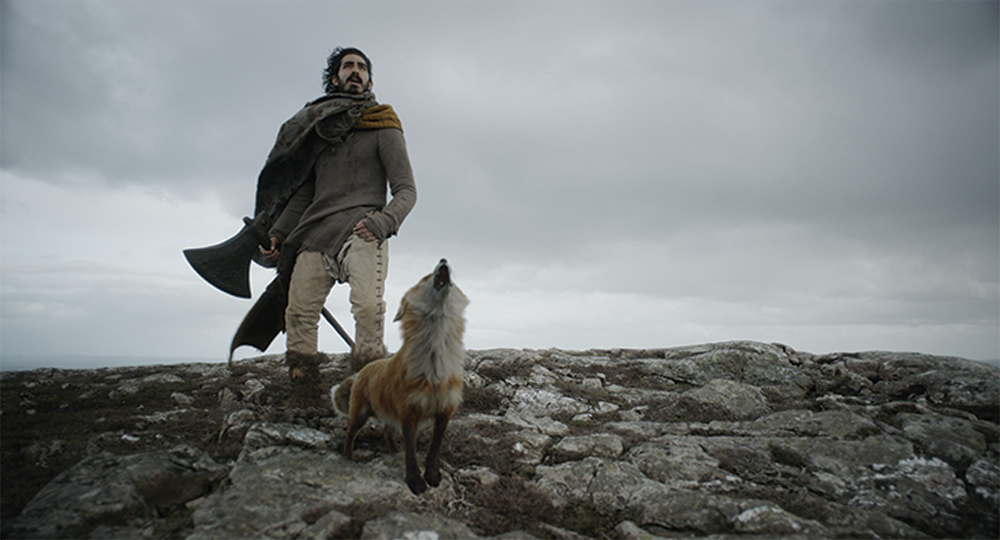 In the movie, Gawain travels with a mythical fox that has the ability to speak. “David would send us videos where he walked through the shot, acting out ‘Mr. Fox’s’ staging complete with yips and barks,” says Weta’s animation supervisor Mike Cozens. “Through this method, David gave us a strong idea of the intent of each shot. We leaned on our motion edit team to source performance options from our library. Once we had something that worked, they would select, stitch and edit the performance onto the uneven terrain of the shots.”

Cozens mentions that the production used a handful of strong animators to keyframe on top of the capture, as well as create some of the hero performances from scratch. “The animation team also created the facial performance for Mr. Fox,” he adds. “The goal for this character was to give David the foxiest, most realistic performance, and the dialogue had to be believable and seamless inside of that.” 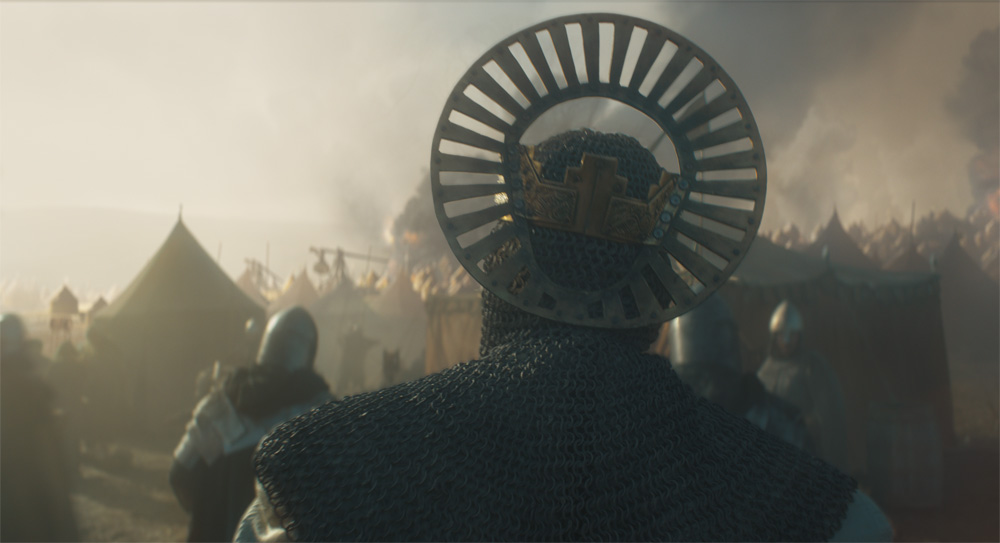 A particular scene that went through an intensive look development process was the Valley of Giants. “It was staged in multiple different environments, including a deep fog, a valley surrounded by snowy mountains, and a high desert,” reveals compositing supervisor Simon Jung. “We landed on the barren landscape because it seemed most appropriate for the mood we were trying to convey, and it also best reflects the desperation our main protagonist finds himself in at that point of the story. To get the proper perspective, a reshoot of the location in Ireland was required using drones at the correct altitude. We stitched the images together to create the enormous expanse necessary to stage the giants appropriately to their size. The DP [Andrew Droz Palermo] had shot the actors against greenscreen at a higher frame rate, which helped us to slow them down and give weight to their movements, but made tracking them to the ground trickier. On top of the standard depth-cueing, we also used height gradients to make them appear taller.”

Creating artistic effects for the production was quite a challenging task. “The medieval town and the fox were difficult, but known, visual effects problems,” notes Saindon. “The time-lapses and the more arthouse shots were more complicated. Our saving grace was that Dave gave us the freedom to come up with ideas and bounce things back and forth with him and the rest of the creative team. The giants are a good example. Dev was shot on location, then plates of the giants in full makeup were shot on greenscreen at various angles and speeds. We took all the different elements, moved them around and generated a landscape that helped tell the story.” 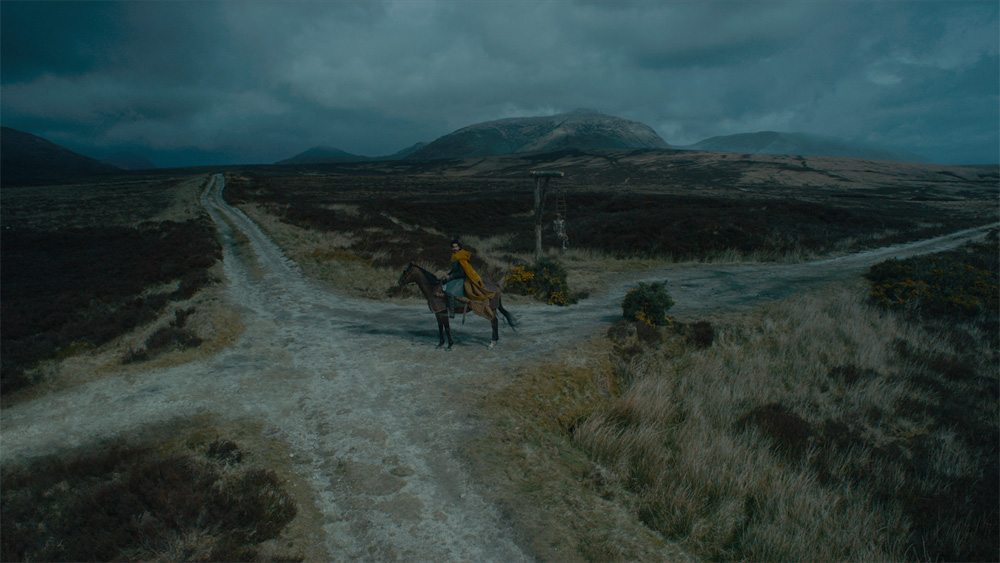 Outpost VFX was responsible for producing 30 shots over a period of a couple months. “We embarked on quite a lot of research into different kinds of moss and lichen on a macro photography scale,” says VFX supervisor David Sadler-Coppard. “We needed to understand their growth patterns and textures so that we could create a fairly accurate FX sim to make the moss grow out of the ground in a believable way. Beyond the work on snow and moss, we were tasked with DMP and exterior environment extensions to add a bit more drama to what was captured on location. These included adding mountain ranges to these dreamy landscapes that David had shot, as well as burning buildings and sky replacement in a few shots to add atmosphere. It’s a really striking film.”

Some of the shots required sky replacements as well. “We worked on several shots adding extra castles and walls into the background to keep it feeling ‘old world’ and faintly fantasy, but not too overtly,” notes Sadler-Coppard. “David was also a big fan of atmosphere, so we were always adding more fog, snow and cloud into the shots whenever we could. Several of the shots we had to add snow to were shot on quite sunny days, so we had to remove all that lighting from the plate, then go in and add the snow and fog afterwards. Matching the lighting as closely as possible and using 2D elements such as rain, snow and smoke to blend everything together really helped to bed any DMP work into the shots. For this show, in particular, we would end up throwing away a lot of the DMP with depth hazing and fog.”

The visual effects had to withstand long shots. “We had to add a large animated DMP to a shot which was well over 1,000 feet long with a moving camera, changing focus and exposure throughout and a lot of wind and snow in the plate,” recalls Sadler-Coppard. “There were so many edges to consider and every time it was up for final we would spot another issue and then take another half day to fix and re-submit again.” 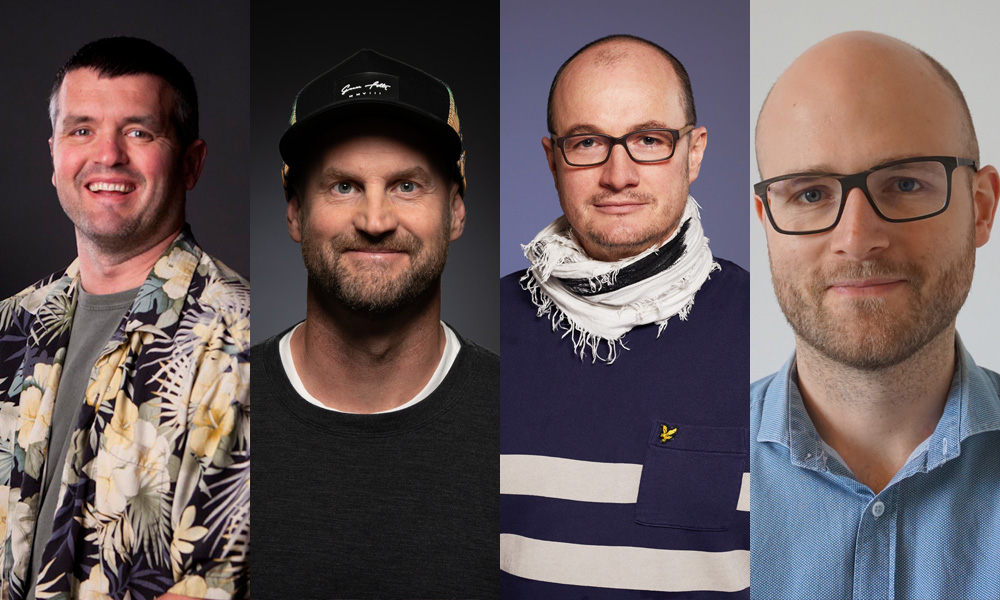 Sadler-Coppard points out that two cinematic moments stood out for him along the way: “Either the sequence where the house slowly catches on fire in the background, or the sequence where the moss grows out of the Green Knight’s axe will be fun to see on the big screen,” he offers. “It’s subtle work but utterly necessary for the narrative. It was a relaxed, creative and collaborative show with quite a long turnaround time which is all too rare in our business. It gave us time to iterate and achieve the look that David was after with a tight-knit show team.”

The Green Knight provided the team at Weta Digital with the opportunity to exercise different muscles. “Working on smaller, more arthouse films like this is always so interesting,” states Saindon. “One memory that stands out is from the first day of shooting at a cave somewhere in the middle of Ireland. The cave was way up the side of a hill, past a muddy paddock and a long hike up a winding trail. As on most smaller films, the crew all helped carry each other’s gear up the hill. While hauling a case of lenses uphill, I met Dev Patel for the first time, carrying another load. It really shows the collaborative spirit of the crew when the main cast is willing to pitch in with the heavy lifting.”

The Green Knight is now playing in select theaters through A24.