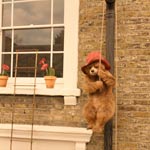 This weekend, a friendly Peruvian bear named Paddington is back in the spotlight. The loveable ursine hero of Michael Bond and Peggy Fortnum’s 1958 book has returned to the big screen in the acclaimed new feature Paddington 2, which opens in the U.S. Friday, January 12. The family film — directed by the original 2004 movie’s returning helmer, Paul King — centers on the marmalade-loving bear and his adoptive family, the Browns, in an all-new adventure.

As in the first film, the delightful bear is brought to life thanks to the efforts of animation director Pablo Grillo, vfx supervisors Glen Pratt and Andy Kind, and award-winning vfx house Framestore (a total of 560 people in London and Montreal). “I’m really lucky to have been brought into the creative team,” says Grillo, whose many credits include four Harry Potter movies and Fantastic Beasts and Where to Find Them. “It’s a lovely film, a brilliant way to revisit the character and somehow find more avenues to explore Paddington’s personality, as well as his heart and his warmth. It’s been a crazy ride; with a very diverse set of challenges this time around showcasing the great range of skills that we have here at Framestore.”

Overall, Framestore delivered over 1,100 shots for the movie, including the titular bear himself, CG trains, a digital double for Wolfie and a CG swan, as well as huge set extensions. “We created the lead character of the film with the biggest performances,” says Grillo. “There are some great actors in the film — and Framestore is proud to have created one of them.”

In Pursuit of Finer Hair

Of course, since several years had passed since Paddington’s first movie, the effects team opted for a new take on the bear’s fur. “We completely redid the fur, and tried to give him a softer, more naturalistic look,” says vfx supervisor Andy Kind, whose many credits include the Harry Potter movies, Gravity and Guardians of the Galaxy. “He is also a tiny bit chubbier, as he has had lots of marmalade sandwiches in the years between the two movies, but we definitely wanted to keep him recognizable. We used Maya nCloth and our own proprietary tools create his clothes and hat.”

The plot, which is kicked off by Paddington wanting to buy his Aunt Lucy a present for her 100th birthday, is more complicated and grander in scale. “The film’s visuals had to match that scale,” says Kind. “It’s a much bigger film. He touches more things. There are more interactions with water this time around.”

Kind, who spent his time going back and forth between the studio’s Montreal and London offices, says he enjoyed the sequences in which Paddington ends up in prison after being falsely accused of stealing a book.

“We had a lot of fun with Paddington’s interactions with this tough convict called Knuckles McGinty, who is played by Brendan Gleeson,” says Kind. “The prisoners are all used to eating gruel, and Paddington convinces Knuckles, who is the chef, to add marmalade sandwiches to the menu. Getting the eye-lines right and having the CG bear interact naturally with the prisoners was a bit of a challenge.”

A sequence in which the drab prison kitchen is transformed into a bright, clean environment is one of Kind’s favorites. “It was a great set piece, a nice time-lapse sequence which took about nine months to complete,” notes the vfx supe. “It’s a very long shot, using motion control. We created lots of CG furniture, with dressing on the tables and food. It was tricky, but all the attention to the details paid off.”

Kind says the technology allows the artists to base all their CG visuals on reality. “We can build the creatures’ structure, the bones, the muscles, and then add the cloth simulations. We used lots of set extensions in the building interiors as well.”

Another absolute crowd-pleaser is the set piece in which we witness Paddington entering the pop-up book and give his Aunt Lucy a tour of London. “We see Paddington open the book, and then the camera reverses, and we see him going down, and appear on a paper cut-out of a ship,” explains Kind. “Then we go down in the Underground with him. The page folds, and we are in Piccadilly Circus. It’s a lovely, stylized paper-world, and we see Paddington (voice of Ben Whishaw) and Aunt Lucy (Imelda Staunton) inhabit this world.”

“This is an example of a complex CGI shot, where you aren’t thinking about the work behind it,” notes Grillo. “You’re caught in the emotion, the moment.” Framestore animation supervisor Dale Newton, who created the award-winning “The Tale of Three Brothers” storybook sequence in Harry Potter and the Deathly Hallows Part 1, led the efforts. The vfx team also consulted with celebrated paper engineer David Hawcock, who built the mock-ups for these book pages.

The opening was physically shot in Gruber’s Antiques shop. “The camera moves needed to be graceful and tie into the folds of each of the page turns, following the bears as they explore their paper environment,” explains Kind. Deep compositing was used to add Paddington and Aunt Lucy into the complex layering of the CG scene. This was then composited over a Nuke-projected sky illustration. We wanted a hand-painted texture. We did about 1,500 frames for this 30-second sequence.”

Kind, who fondly recalls the Filmfair/BBC Paddington Bear series which aired on TV in the 1970s, says it’s wonderful to see the property’s simplicity and kindness come to the big screen once again. “I think people respond to that gentle spirit, which has no cynicism,” he notes. “As I look back, I am happiest most about delivering shots that are generally more complex and larger in ambition that the first film, and yet Paddington still feels the same kind and courteous little bear we all know and love. 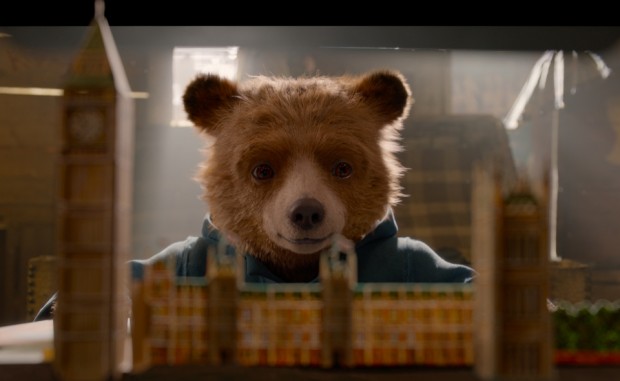