A group of former employees of ILM and Kerner Optical have announced the launch of a new visual effects company, 32TEN Studios,which will be based at the former site of ILM in San Rafael, Calif.

The company will rent its historic soundstage to outside projects, and will also provide a new home base for many of the elite model makers and practical effects technicians of Marin County, who were previously employed by ILM and Kerner Optical. 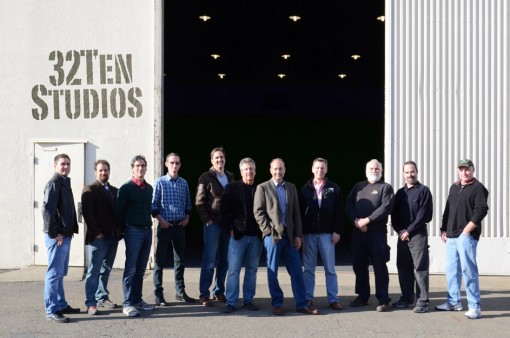 “We are delighted that the facility at this famous site has been reopened, and we will be able to continue creating amazing realistic effects for mainstream and independent filmmakers,” said Geoff Heron, a practical effects supervisor who worked with ILM and Kerner.

“All the model makers in the area are excited about this new venture, and can’t wait to start building once again,” said Nick D’Abo, a model supervisor whose work at ILM and Kerner was featured in Star Wars: Episode I — The Phantom Menace, Transformers, Star Wars: Episode III — Revenge of the Sith and, most recently, Priest and Cowboys and Aliens.

To complement the practical effects, 32TEN will also offer a digital visual effects facility for finalizing shots and finishing projects. 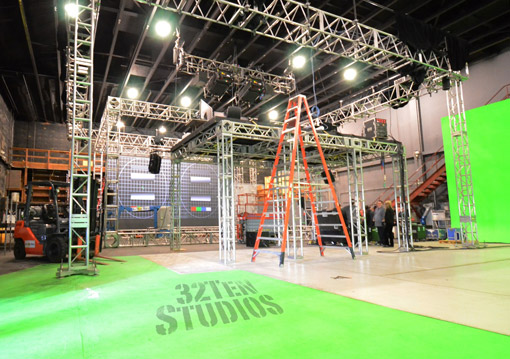 Dozens of classic visual-effects films have been shot on the stages now occupied by The 32TEN Studios in San Rafael, Calif.

Members of the 32TEN practical effects team have created movie magic for more 20 years at the historic soundstage, starting with The Empire Strikes Back, and continuing on with Return of the Jedi” the Back to the Future trilogy, the Pirates of the Caribbean films, War of the Worlds, Indiana Jones and the Kingdom of the Crystal Skull, Harry Potter and the Goblet of Fire, Transformers, Terminator: Salvation, the 2009 Star Trek, Iron Man II and dozens more.

32TEN Studios will offer its facility for rent to producers of projects from across all media.

“This building has an amazing movie history, and we are delighted to be able to offer it to all Bay Area producers,” says Partridge. “We also wanted to provide a place where the many gifted artist who live in the area can, once again, create their unique form of film magic. 32TEN is a collaborative venture, one that will hopefully attract other service providers and filmmakers in need of a vibrant location for their projects.”

For more on 32TEN, check out its website at www.32ten.com.