Most of the attention in this year’s race for the Outstanding Visual Effects Oscar is centered on the groundbreaking work of Gravity. And while the Alfonso Cuaron-directed pic is the frontrunner heading into the annual bake-off, the 10 films in contention demonstrate the wide breadth of what visual effects are capable of an an excellent snapshot of the current state of the art.

With Gravity as close to a sure bet for a nomination as possible, the other four slots are very much up in the air. The nominees will be determined at the academy’s annual bake-off event, set for January 9, at which the 10 films that made the short list will present reels. A vote by attending vfx branch members will follow to determine the five nominees that will be presented to the entire Academy membership for the final choice of winner.

Here’s a rundown in alphabetical order of the films in the running for the nomination:

Elysium
Contributing VFX Houses: Weta, Industrial Light & Magic, MPC, Method, Whiskytree, Embassy, 32Ten Studios, Animatrix, Kerner Optical, Image Engine
VFX Supervisor: Peter Muyzers
Visual Highlights: Neill Blomkamp’s futuristic take on the class divide, which sees the wealthy abandoning terra firma for a luxury space station, offers a gamut of vfx from the violent spectacle of an exploding robot, to a gritty search for realism relying on practical and in-camera effects work, to the sleek substitution of helicopters for vertical-takeoff shuttles and actors in marked suits for battle-ready androids. Building the orbiting paradise of Elysium was another challenge, as the crew modeled the terrain on the mansions of Malibu, removing Earthly elements and adding in the stunning background of the ring and the heavens beyond them. 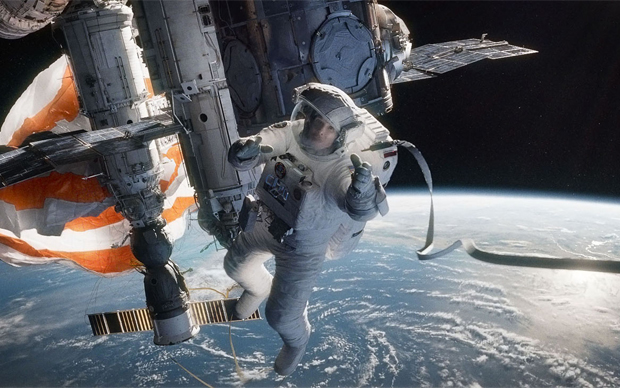 Gravity
Contributing VFX Houses: Framestore, Rising Sun Pictures, Prime Focus VFX, Peanut FX, The Third Floor
VFX Supervisor: Tim Webber
Visual Highlights: Pretty much the entire movie is a vfx highlight, with some 95 percent of the movie created digitally. But nothing quite matches the opening shot, which runs an uninterrupted 13 minutes before a cut of any kind. Then it swoops in and around the space shuttle as the movie introduces its characters and literally sends them spinning into the void after space debris shreds their satellite-repair mission. The reception has been staggeringly positive, and the way Webber collaborated with director Alfonso Cuaron and cinematographer Emmanuel Lubezki to integrate the effects into the storytelling and design of the movie elevates the craft to a new level. A nomination is guaranteed; an easy victory on Oscar night is about as sure a bet as you’re likely to make this year. 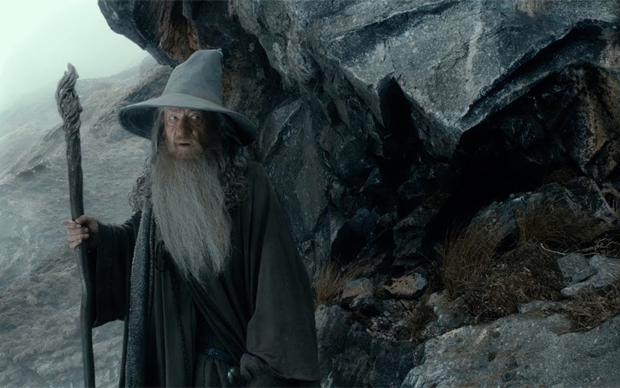 The Hobbit: The Desolation of Smaug
Contributing VFX Houses: Weta Digital, Weta Workshop
VFX Supervisor: Joe Letteri
Visual Highlights: The hours-long journey undertaken in Peter Jackson’s prequel series pays off in a big way with the arrival of Smaug. The giant dragon is as impressive an imaginary creature as has been put on screen, aided in no small part by the mocap-referenced performance from Benedict Cumberbatch. Smaug is equally impressive in his lair: a massive dungeon full of enough gold coins to make Scrooge McDuck envious, all of them tumbling and rolling like waves. As if that wasn’t enough, The Hobbit also features an amazing forest battle with some menacing and gross giant spiders and a rollicking chase involving elves pursuing barrel-riding dwarves down a whitewater obstacle course. 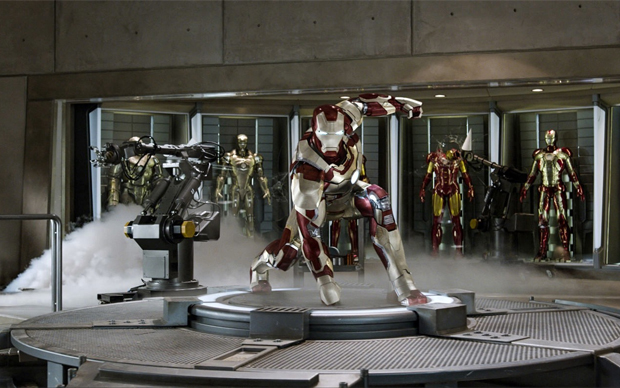 Iron Man 3
Contributing VFX Houses: Weta Digital, Digital Domain, Scanline VFX, Trixter, Framestore, Method Studios, Fuel VFX, Creative Cantina, Prologue, Luma Pictures, The Embassy, 4DMax, Capital T, Lola, Rise FX
VFX Supervisor: Christopher Townsend
Visual Highlights: The ante was upped after the success of Avengers, and Iron Man 3 set out to top itself with more variations on Tony Stark’s armor than seen in all the previous movies put together. But the real stunner in this Marvel movie was the mayhem-filled rocket attack on and destruction of Stark’s iconic Malibu home—almost of which was done digitally. Also high on the list is a skydiving sequence known as the “barrel of monkeys” scene, in which Iron Man saves the passengers ejected without parachutes from Air Force One. Throw in the funky looking Extremis effect, which causes those infected by it to overheat to the point of destruction, and you’ve got an impressive candidate for an Oscar nom. 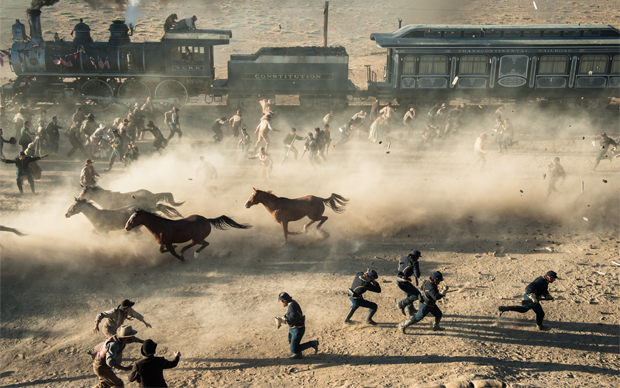 The Lone Ranger
Contributing VFX Houses: ILM, MPC, Creature Effects, New Deal Studios, 32Ten, Lola VFX, Gentle Giant VFX Supervisors: Tim Alexander and Gary Brozenich
Visual Highlights: While it was widely panned as the year’s most high-profile commercial and creative flop, there was plenty of good visual effects work behind the mask. Most of it was missed because it was invisible—hundreds of shots of photorealistic Old West environments and trains convincing enough to fool even the most seasoned effects professionals. Few expect Ranger to make the cut for a nomination, but this is one film where a great reel at the bakeoff could make a big impact, as it did in 2006 when the otherwise forgettable Poseidon slid into a nomination. That year, interestingly enough, saw Ranger director Gore Verbinski’s previous franchise take home the VFX Oscar for Pirates of the Caribbean: Dead Man’s Chest. 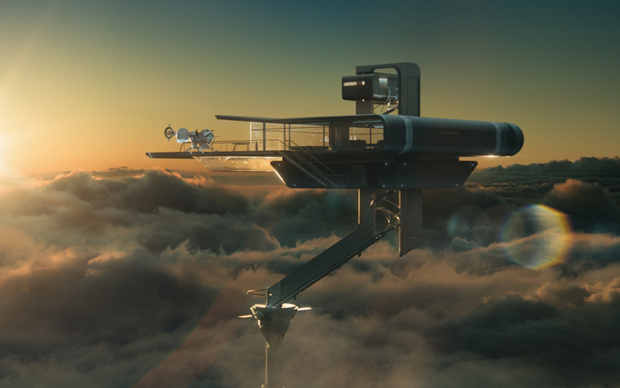 Oblivion
Contributing VFX Houses: Digital Domain, Pixomondo, Third Floor, Gentle Giant
VFX Supervisors: Eric Barba and Bjorn Mayer
Visual Highlights: “Elegant” is the only way to describe the slick effects work in this film. The sleekness of the home in the sky—complete with transparent swimming pool and hamster-wheel treadmill—as well as the bubbleship flown by Tom Cruise’s character are an enticing mix of practical and digital effects. The integration of those futuristic design elements with the all-digital natural images of a devastated future Earth is an impressive, understated accomplishment the vfx branch is likely to respond well to. 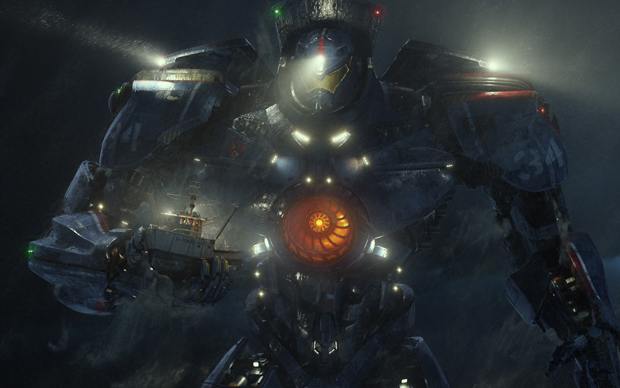 Pacific Rim
Contributing VFX Houses: ILM, Base FX, Rodeo FX, Hybride, Ghost VFX, Virtuos
VFX Supervisor: John Knoll, James E. Price
Visual Highlights: It’s giant robots fighting monsters in the middle of the ocean, so there’s hardly a frame in the movie without some kind of amazing digital effect. The complexity of the robots and monsters, and convincingly embedding them in realistic environments, made for some of the most thrilling effects work of the year. Particular standouts include a destructive battle in the midst of a dense Asian city, and the finale’s underwater battle sequences. 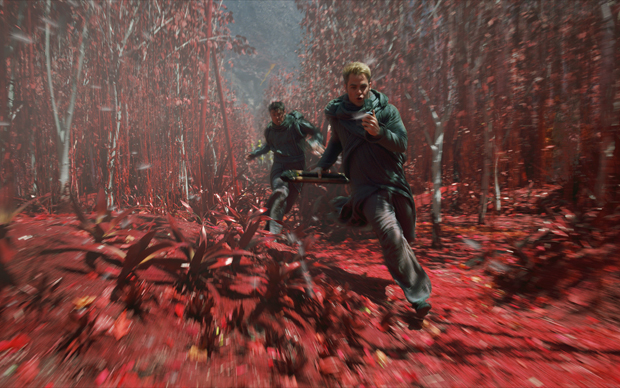 Star Trek Into Darkness
Contributing VFX Houses: ILM, Pixomondo, Kelvin Optical, Atomic Fiction, Gentle Giant
VFX Supervisor: Roger Guyett
Visual Highlights: This J.J. Abrams sequel to the hit 2009 reboot pushed the effects into warp drive. Seeing the USS Enterprise emerge from its underwater hiding spot in amazing detail was topped by Spock’s volcano adventure, the pink-foliaged alien planet and a rocket suit chase through an asteroid field. Starships crashing into cities and a finale fight on a flying garbage barge all add up to an impressive display of effects power. 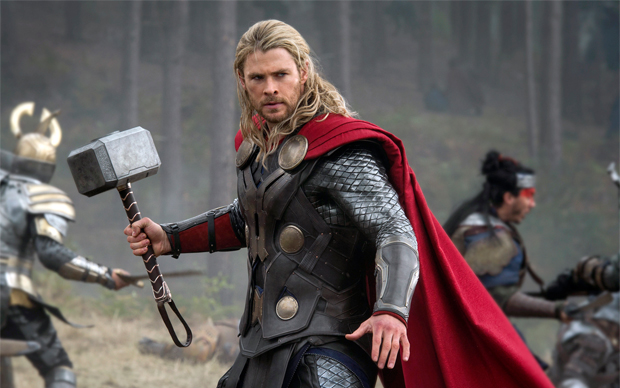 Thor: The Dark World
Contributing VFX Houses: Double Negative, The Base Studio, The Third Floor, Method Studios, Gentle Giant, Luma Pictures, 4DMax
VFX Supervisor: Jake Morrison
Visual Highlights: This lively sequel continues the adventures of Marvel’s Nordic-inspired thunder god hero with a grand vision for the many realms of Asgard, which is invaded by a horde of Dark Elves seeking energy. There’s a light deftness to the way the film handles the now-standard scenes of superheroes battling each other and wreaking havoc through densely populated cities. 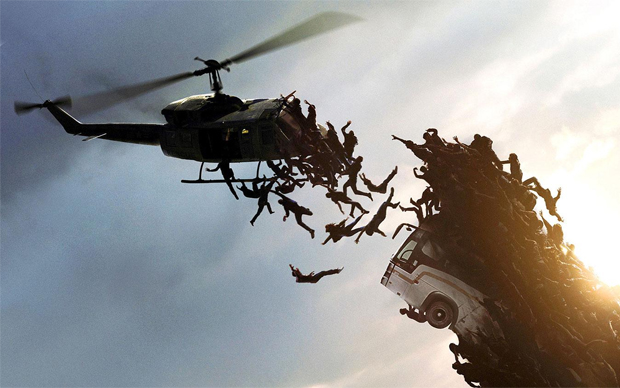 World War Z
Contributing VFX Houses: Cinesite, Halon Entertainment, MPC, 4DMax, The Aaron Sims Co., FX3X, The Third Floor, Legacy Effects, Framestore
VFX Supervisor: Scott Farrar
Visual Highlights: Moviegoers have seen plenty of zombies before, but never like this. In both quantity and quality, World War Z raised the bar on zombie movie effects, creating hordes comprised of thousands upon thousands of the undead walkers. Using massive crowd simulations and animation techniques, the movie’s effects work put some 8,500 zombies in a single shot and made convincing their swarming of the entire city of Jerusalem. That the zombies were fast-moving and deadly dangerous instead of slow and shambling only added to the authenticity. When it comes to impressing voters, that—plus being a rare horror genre candidate—may work in World War Z’s favor.