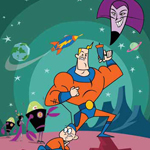 Just when you thought it was safe to make nefarious plans for intergalactic domination, a new hero comes along that makes you stop and revisit your plans—or just have a good laugh. The latest addition to the comic superhero genre is Captain Rock Raygun, the star of a fun, new animated series produced byVancouver-based Toonzone Studios.

The clever show, which makes its official debut at the MIPCOM Junior market this month, is the brainchild of Bob Spang, a veteran animator whose credits include Lilo & Stitch, Brother Bear and Drew Carey’s Green Screen Show. “When the galaxy needs saving in the most dangerous, convoluted, backwards way possible, then it’s time for Captain Rock Raygun with his not-so indestructible sidekick Billy to take action,” says Konnie Kwak, president and CEO of Toonzone Studios. “He also has to stop the dark plans of Lord Evilord, fend off the affections of his daughter Princess Luna, avoid capture, and, somewhere in between all that, save the galaxy!”

The 2D animated series pays a tongue-in-cheek homage to the old theatrical serial adventures. “It has a classic tone, which kids and adults alike can enjoy,” says Kwak. “All the elements are there: romance, bad guys, lasers, aliens, action, and in the end, it all boils down to comedy!”

Kwak will bring the 11-minute pilot to the market, and is currently working on the first four episodes of the show, which targets the sevento 13-year-old audience, but can appeal to all ages because of its physical comedy and subtle humor.

Toonzone Studios, which is producing the show in partnership with Animation Development Company (based in Los Angeles, Calif.) will be seeking international broadcasters and partners at the market. “The biggest challenge for any producer is the right balance,” says Kwak. “Although funding may be scarce in the current economic climate, there
are really no rules on how to produce in the indie market. We really have to innovate and think outside the box. What remains the same is the need for content, content, content! Everyone’s basic challenge these days is how to get funding for the content!”

“We think Captain Rock Raygun is a really fun show that will appeal to young kids, but also has additional appeal for their parents to enjoy,” says Ira Warren, Animation Development Company’s financial and acquisitions consultant. “The whole concept reminds me of the classic science fiction and adventure serials we used to see in theaters when I was a young kid.”

When asked about the vagaries of the international animation market, Kwak remains optimistic. “Right now, I have a positive outlook for the market, because my partners and I can say that we’ve wisely saved for a rainy day.” She adds, “We’ve always looked at the market globally rather than just looking at one hemisphere at a time. Even though some parts of the market are experiencing stagnation in 2009, there are other parts of the world that continue to have a vital and strong market.”

Kwak adds that thanks to the partnership with Animation Development Company and Asian funding partners, Toonzone is seeing the fruits of its labor after several years of hard work.

In addition to Captain Rock Raygun, Toonzone has revamped and redesigned its 2008 MIPCOM Junior hit Action Dad and brought on the talented writer Henry Gilroy (Star Wars: The Clone Wars). Also on tap is a new toon titled The Guardian of Power Mask (22 x 26) which is co-produced with Hawaii Film Partners, GIMC and Carloon TV & Film Animation, with Showcase for Kids as distribution partner.

To learn more about the shows, visit www.toonzonestudios.com. 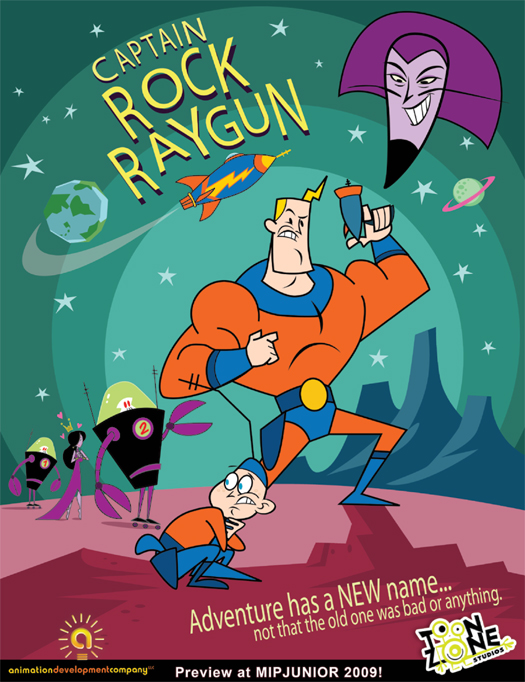 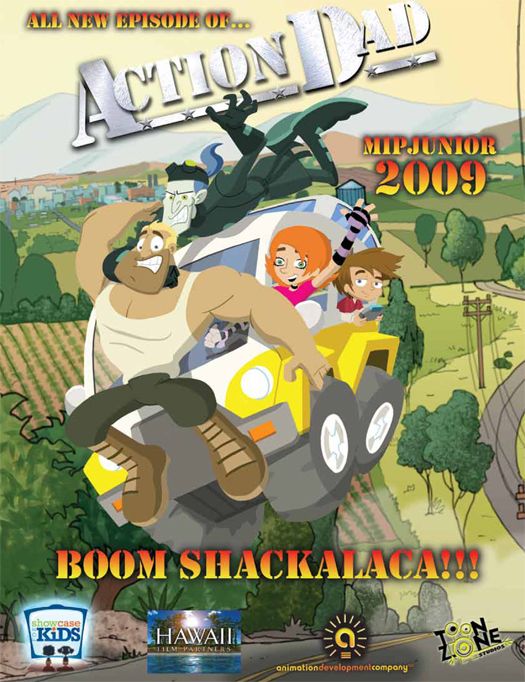 You may also like...
Related Topics:Flash Gordon!, Move, Over