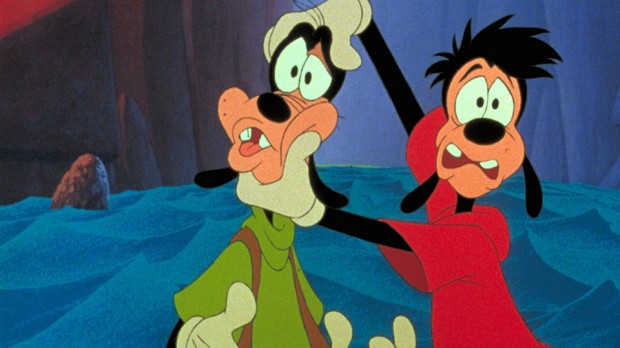 Aaaand we’re back! Last time, we spoke with two of Baboon Animation’s finest – Joe Vitale (Angry Birds, Felix the Cat) and John Fountain (The Fairly OddParents, My Life As A Teenage Robot) – about crafting a springboard that’ll really catch a producer’s attention.

To reiterate: a springboard is like the humble acorn of an idea that grows into the mighty oak tree of your script (or the tiny seed that sprouts a putrid corpse flower … y’know, depending). At a measly three to five sentences, a springboard has to be original, entertaining and compelling enough to keep folks interested.

This month, we give you some advice from Baboon’s own veteran Jymn Magon (A Goofy Movie, Pac-Man) and rising star Javier Valdez (Angry Birds Toons) on how to achieve just that. Read and absorb, brave sponge!

How do you come up with, and write, a good and original episode springboard for a given series you’re working on? I mean, after you’ve studied the characters and the world, and its rules, obviously — really got those into your head and your heart.

Javier Valdez: Start thinking about things that interest you, excite you, so you have an emotional investment. I’m interested in dinosaurs, so I like to try to cook up dinosaur stories. It’s a bigger investment than if I’m looking around the room, spot a lamp, and try to pitch a story about that.

At the springboard stage, it helps me to come up with fascinating scenarios (like “hooks” involving dinosaurs), and later on come up with the emotional stakes. Start with: The town is flooded with maple syrup. Then add: Jimmy’s fight with his dad is interrupted by the town flooding with maple syrup, Jimmy has to overcome his pride and ask his dad for help.

Jymn Magon: I ask myself: “WWLD – What Would Lucy Do?” It’s not so hard coming up with mundane plot lines. (e.g. “Strawberry Shortcake decides to bake some bread for her berry best friends.”) But what’s the big selling point? What puts it over the top? Well, just think: What would Lucy in I Love Lucy do in this situation? She’d put too much yeast in the batter and wind up with a 5-foot loaf of rye! That’s funny. Work your springboard from there. 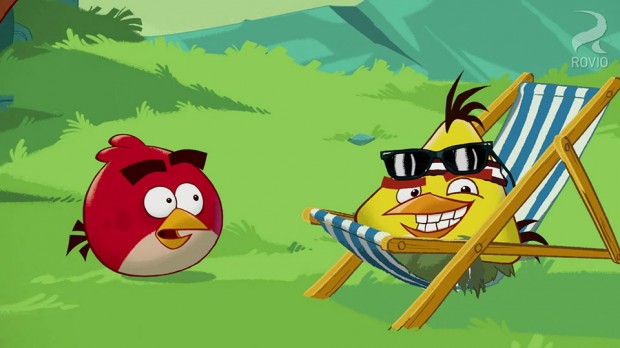 And then, I guess, start exploring which of your series’ cast members it would be funniest to have this happen to. Any tips for giving it a little extra sparkle?

Magon: Look for some quirky, catchy tidbit to add. I’m told a story was sold to NBC’s Smurfs show based on an enchanted sewing needle that traveled through the air sewing everything in its path. What put it over the top? The needle’s repetitious catchphrase: “Needle-needle-needle.” You never know what’s going to tickle some exec’s fancy.

Valdez: This is the stage where I figure I can really try anything and just play, see if it resonates with one of your characters — sticks to them emotionally and lets the audience invest. Don’t be afraid to come up with weird and wild ideas — this is your best shot to pitch things with low risk. Worst that happens is you lose a springboard’s worth of work. There’s no advantage to playing it safe.

But limitations do foster creativity, as they say — so I guess the limitation here would be the characters themselves?

Magon: Yes. Pick a cast member with a flaw.  For example: Brave stunt master Torque loves speed, but he’s dreadfully afraid of heights. So what locale do we choose for this episode? A high-rise window-washer platform! Poor Torque tries desperately to get out of the gig. Without letting his public find out he’s a chicken. Hilarity ensues.

You can also look to the past. Don’t be afraid to dredge up old plots. TV Guide is filled with log lines going back several decades. Just because “Boy meet girl, boy loses girl, boy gets girl” has been done a zillion times doesn’t mean it can’t be done again. The very unique nature of your show and its characters is what will give this old trope a new slant, new emotional stakes and a new setting. Everything old is new again.

Valdez: Never pitch “filler” to make it look like you pitched a ton of storyboards. It seems like the one story that you think is just sort of OK, the one you wrote to bring your springboard count up to a nice round number, will always be the one picked. And you’ll be stuck with it. All the way through final, polished script. Never pitch anything to anybody unless you would be ecstatic if it were picked. Same goes for anything in the creative industry. Be your own editor.

Thanks for the tips, guys! Readers, see you next month, and happy writing! u