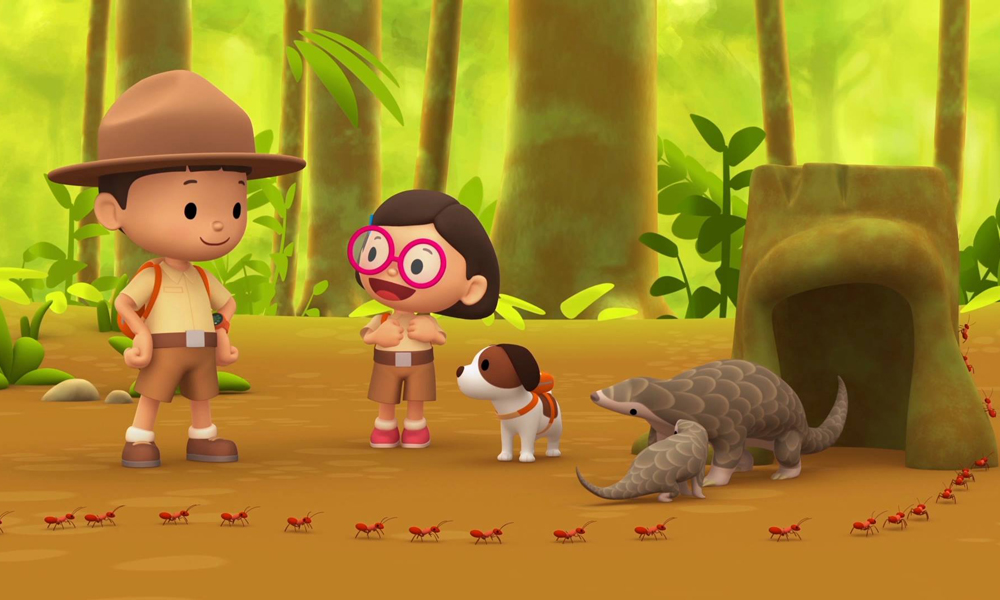 International children’s nature broadcaster ZooMoo has greenlit the second season of Leo The Wildlife Ranger season two (52 x 11′). ZooMoo, which is a a Blue Ant Media company, will co-produce the series with award-winning animation house Omens Studios. Aimed at preschool children aged three to six, each episode of this CG- animated series features junior rangers Leo and his little sister Katie as they have fun adventures with exotic animals all over the world. ZooMoo and Omens Studios will begin production this fall in Singapore. Leo The Wildlife Ranger season two will air on ZooMoo and be available for licensing in 2020.

“ZooMoo is committed to bringing stories about wildlife and nature to kids around the world,” says Ward Platt, CEO, Global Networks & Kids, Blue Ant Media. “Being able to greenlight and co-produce Leo The Wildlife Ranger is a real boon for us. We know the series will be a wonderful addition to our line-up, one that is sure to inspire and teach kids everywhere about the value of nature and wildlife.”

In each episode of the show, junior rangers Leo and Katie, together with helpful puppy Hero and with the support of Ranger Rocky, go on a trip to help animals in need and learn about wildlife and nature. In season two, this includes exotic animals such as the beluga whale and the pink fairy armadillo. In the process, the series teaches young viewers not only fun animal facts, but also information on important issues like conservation and climate change. Season two is set to feature an update on the existing characters design plus add new, never-seen-before characters.