Blending photoreal CG and live-action, Floogals centers on pocket-sized aliens Fleeker, Flo and Boomer on their mission to observe and experience the exciting planet of Earth. Having made the bumpy journey from their home planet Floog, the Floogals are on a mission to document the peculiar world of “hoomans” from their four-inch-high perspective.

Floogals is based on an original idea by Dan Good and developed by Zodiak Kid Studios UK, in conjunction with Jellyfish Pictures (UK) and strategic investment partners Nevision Limited. 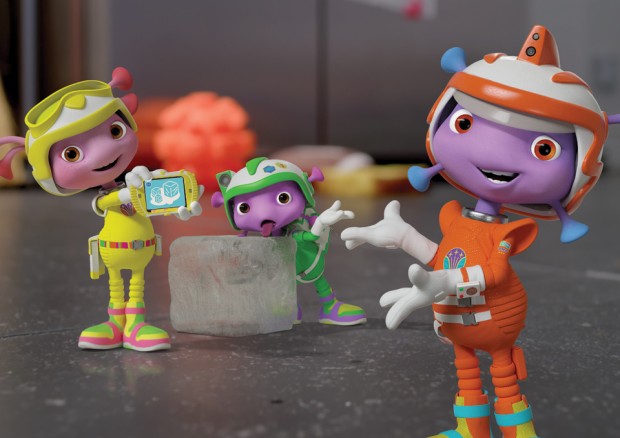