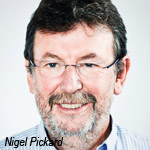 The 52 x 11 min. series is created and produced by Zodiak Kids’ production company The Foundation, in partnership with Korean animation studio High 1 Entertainment and Tel Aviv-based QQD Limited, the creators of the original concept.

Quick, Quack, Duck! features the adventures of an inquisitive 7-year-old boy called Remi and his devoted duck, Quack. In their unique pop-up world, they use tabs, pulls and other devices to trigger pop ups that in every episode create a surprising and interactive story for them and the preschool audience to enjoy together.

“Quick, Quack, Duck! will be a unique 3D animated series that will not only be entertaining, but also educational for young children,” says Nigel Pickard, CEO Zodiak MEAA/UK Family and Kids. “We are delighted to have brought such strong co-production partners for the series on board.”

Quick, Quack, Duck! is based on a short film called The Happy Duckling, which received a host of awards since its launch in 2008, including a Scottish BAFTA and Best Short Film at Cartoons On The Bay. The series has been co-created by Yvette Kaplan (Ice Age, Beavis & Butthead) and Gili Dolev (The Happy Duckling). The Foundation’s Nigel Pickard and Vanessa Hill are the executive producers alongside QQD Ltd.’s Ronen Shani.  Simon Spencer is the show runner and Erez Gavish is the series’ art director.