Airside Andy (52 x 10) is a CG animated series that follows a lively team of ground-based airport vehicles and their enthusiastic leader, Andy, the airport controller. Through the TV show and digital game apps, viewers can enjoy the behind-the-scenes action that reveals the secret world of aviation and celebrates the characters who work together to keep passengers moving and the planes in the air. Andy is helped by his trusty sidekick Tilly and a team of busy little vehicles, including Trunk the tow truck, Hercules the push back truck, Cyclone the ground control vehicle and Stella that motorised steps.

The property has already launched with digital gaming pods in Manchester and Newcastle airports, also rolling out across Swissport Aspire lounges and others this year. The pods are equipped with two to four interactive tablets, which are child-proofed and loaded with the Airside Andy game and others.

Airside Andy Ltd. have also launched the Airside Andy massively multiplayer online game. The first ever children’s MMO created exclusively for tablet and mobile, the game is developed by Flying Squirrel Games and Technicolor in conjunction with Airside Andy Ltd. for kids aged 3-8. The game will bring the world of the airport together in a moderator-controlled, socially interactive online environment. 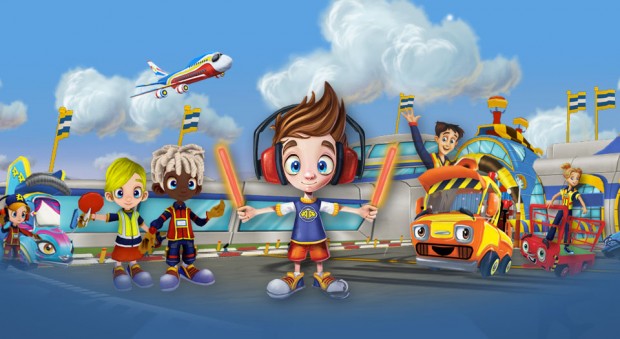