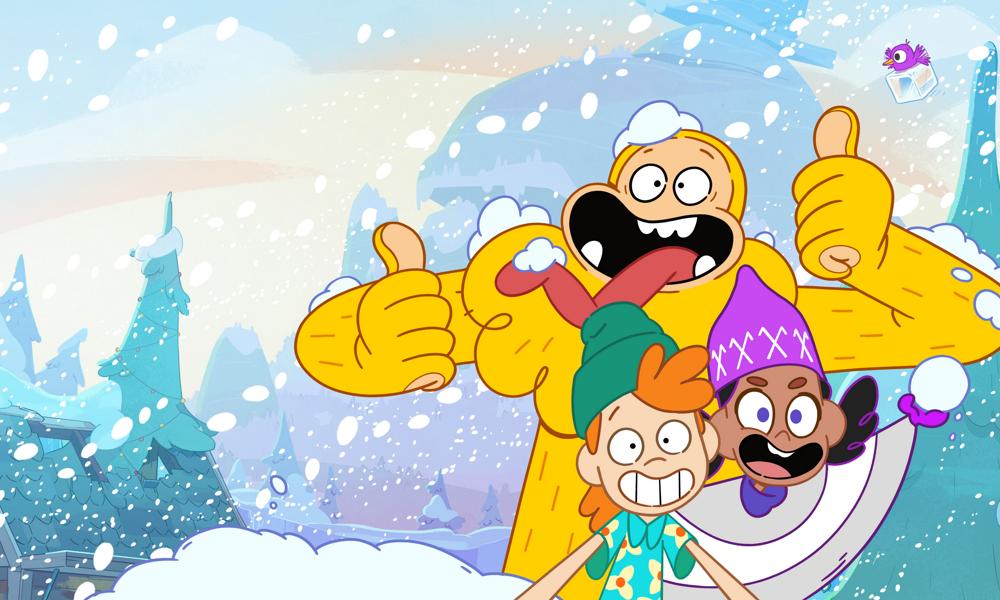 Zodiak Kids Studio France, part of Banijay, and Gigglebug Entertainment, the leading creator and producer of original kids content in the Nordics, today announced that they are co-producing The Unstoppable Yellow Yeti. This original animated comedy series for kids aged 6+ and their families has been co-commissioned by Disney Channel Europe, Middle East & Africa and Nordic broadcasters YLE, DR, NRK and SVT.

The Unstoppable Yellow Yeti is an off-beat comedy series set in a quirky little town above the Arctic Circle, where it is winter all-year-round, and monsters are strictly forbidden. The series follows the unexpected adventures of an unlikely trio of friends: surfer-boy-newbie Osmo, his no-nonsense cousin Rita, and the enormous, outrageous and unstoppable Yellow Yeti!

Production began Summer 2020 and the series is set to launch in 2022. This is the first time Disney and YLE have co-commissioned a series.

“The Unstoppable Yellow Yeti is a top comedy IP we have been successfully developing with Gigglebug and Disney EMEA for a couple of years,” said di Sabatino. “We are so proud to greenlight the production and give birth to this series with such quality partners all over the world.”

“At Gigglebug we aim to positively impact the lives of children around the world by spreading joy through our work, and no character is more outrageously delightful than the Yellow Yeti himself!” said Harlin. “The coming together of Zodiak, Disney, YLE and our creative team at Gigglebug has been great fun and together we look forward to sharing with kids everywhere our exuberant fish-out-of-water comedy about the power of friendship and belonging.”

‘Steven Universe: The Complete Collection’ Enters Our Galaxy Dec. 8
Why Real-Time Engines Will Be the Future of TV Production