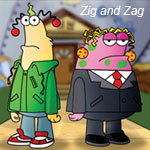 A funky new Irish toon called Zig and Zag: The Animated Series is set to begin production this summer, with delivery to CBBC and RTÉ planned for next year. Dublin-based Double Z Productions and Co. Down animation house Flickerpix are finalizing financing for the 2D animated TV series, which will see the return of the popular 1990s puppet duo who first appeared on RTÉ’s Dempsey’s Den before moving on to The Big Breakfast on Channel 4.

The 26 x 11 series will target kids six to 12 and will follow twin alien brothers Zig and Zag who decide to leave Earth and return to the Planet Zog. However, after a disastrous space-road trip, they crash land in the midst of humdrum suburbia—where they wreak havoc with insane inventions, death-defying stunts, invisible cats and robot supermodels. 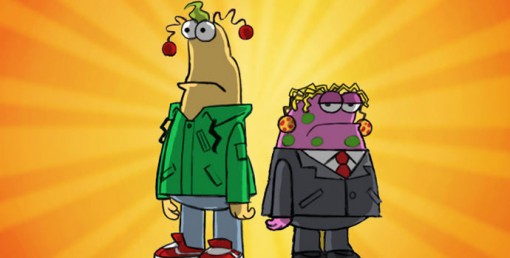 Zig and Zag: The Animated Series