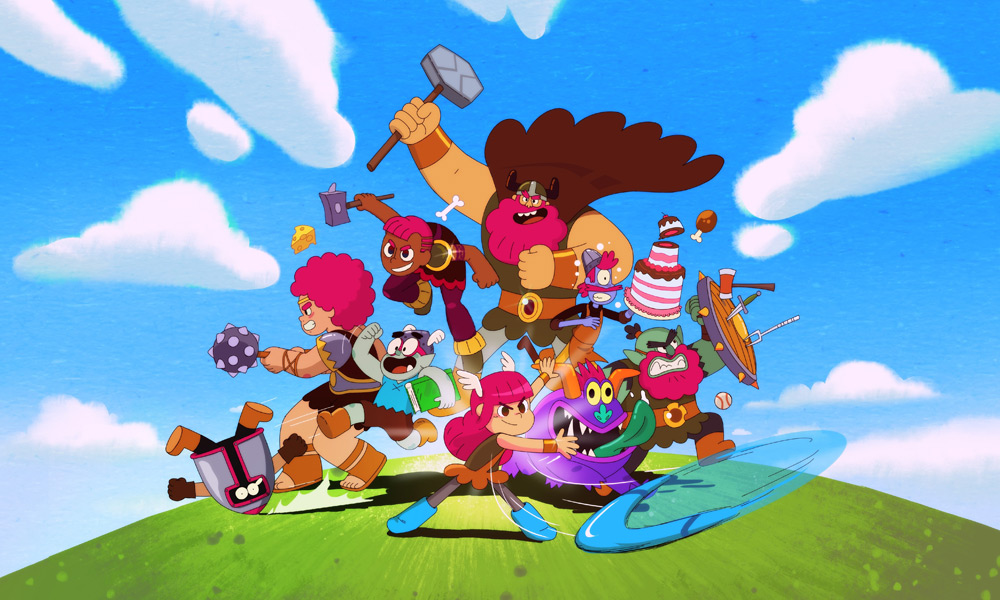 “We’re beyond excited to be working with Zephyr Animation and Copernicus Studios on Lana Longbeard, a series that is not only heart-warming but also adventurous and incredibly funny. So far, the development of the show has been going as smoothly as one could only wish for and we’re sure that our audience will love Lana and her misfit crew of friends and family just as much as we do. Just like Lana, we are big fans of great adventures and pancakes!” said Kerstin Viehbach, Head of the Commissioning and Development department of Super RTL.

Set to begin production later this year, Lana Longbeard follows the titular character Lana, a super feisty, forward-thinking, passionate 11-year old who is heir to her father’s adventuring ship, the Mighty Windbreaker. Together with her viking dad and his motley crew of rogues — which includes dwarves, orcs, amazons, barbarians and a cyclops — she sails across the Ten Realms, dreaming of becoming one of the greatest adventurers of all time. Before that’s possible though, she must first overcome some challenging personal obstacles: impulsivity, stubbornness, extreme curiosity, disdain for rules and love of pancakes. All the best things about her!

The series is currently being developed with director Jessica Borutski onboard. Lana Longbeard will be executive produced by David Sauerwein for Zephyr Animation and Paul Rigg for Copernicus Studios.

“Lana Longbeard is a comedy series filled with adventure and heart. We’re especially proud to bring a strong female lead character such as Lana to audiences in Germany and around the world. Lana is the proof that girl empowerment, adventure, and comedy mix perfectly well,” said Sauerwein. “We’re very proud to have Super RTL believing so strongly in the series, and having them help to develop and bring these characters to life has been a fantastic experience.”

Rigg added, “We’re thrilled to be working with Super RTL and Zephyr Animation to bring Lana Longbeard to life for a global audience. From the first stages of development, we knew we had something very special on our hands with Lana, an incredibly curious, determined and confident female lead character. Lana, along with her ship’s family, will inspire and entertain kids globally, by sharing a passion for exploration, collaboration, comedy, and fantasy adventure, through a series of amazing stories. We can’t wait to set sail!”