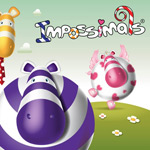 Yowza Digital, Creating4Kids and SupperTime Entertainment have joined forces to deliver a new animated preschool series based on the popular Impossimals characters created by Peter and Jayne Smith. The colorful rotund and striped animal characters have sold over 1.6 million art prints and 2 million greeting cards in the U.K. alone. In addition to the UK, gallery presence for the characters can be found in the U.S., Australia, Japan and China.

“You know when something just feels right? Well, that’s exactly how we felt when three-time Emmy nominated Suppertime Entertainment approached us to make our ‘Impossimal’ dreams come true,” said the Smiths. “We have that giddy feeling all over again as we are joined by Canadian animation powerhouse Yowza, with its impressive client list and, if that wasn’t enough, entertainment veteran Christopher Keenan of Creating4Kids has joined our creative journey too.”

Established over 16 years ago, Toronto-based Yowza’s talented crew are the recipients of numerous awards including four Geminis and two Emmy’s.

Heather Walker, Yowza’s producer of Intellectual Property Development and Production, added, “Impossimals is the quintessential property that all producers love! As an existing brand we know there are eager children worldwide waiting to see their favorite Impossimal come to full animated life. We’re thrilled to be working with Peter and Jayne as well as SupperTime Entertainment in the U.S. together with Christopher Keenan, the project’s creative leader.”

Animation veteran Christopher Keenan has over 25 years of experience in animation and kids entertainment. Formerly he served as SVP of Creative Affairs at Warner Bros. Animation and also was head of programming for Kids WB! Most recently, Keenan executive produced Iconicles for Cbeebies and currently, he is consulting for Hit Entertainment and story editing for Bix Pix Entertainment on Amazon Studio’s first original stop-motion animated preschool series.

“I’ve been an enormous fan of Peter and Jayne Smith’s Impossimals for years, and it’s truly an honor to be working with them to bring some of their most vibrant and beloved characters to life in animation,” he said.

SupperTime Entertainment president, Gerry Renert, will assist in development and his company will manage publishing and merchandise, worldwide. As an exec producer and creator, Renert, has been Emmy-nominated three times in the category of “Outstanding Animated Children’s Program.” SupperTime principal and former publishing executive, Liz Stahler, will manage the series merchandise and publishing, worldwide. 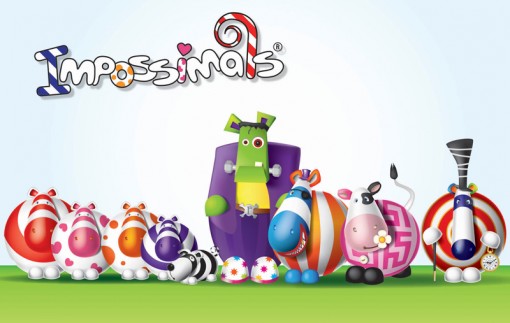 Chinese Officials Deny a Ban on ‘Despicable Me 2'
‘Alpha and Omega’ Sequel Set for Oct. Release