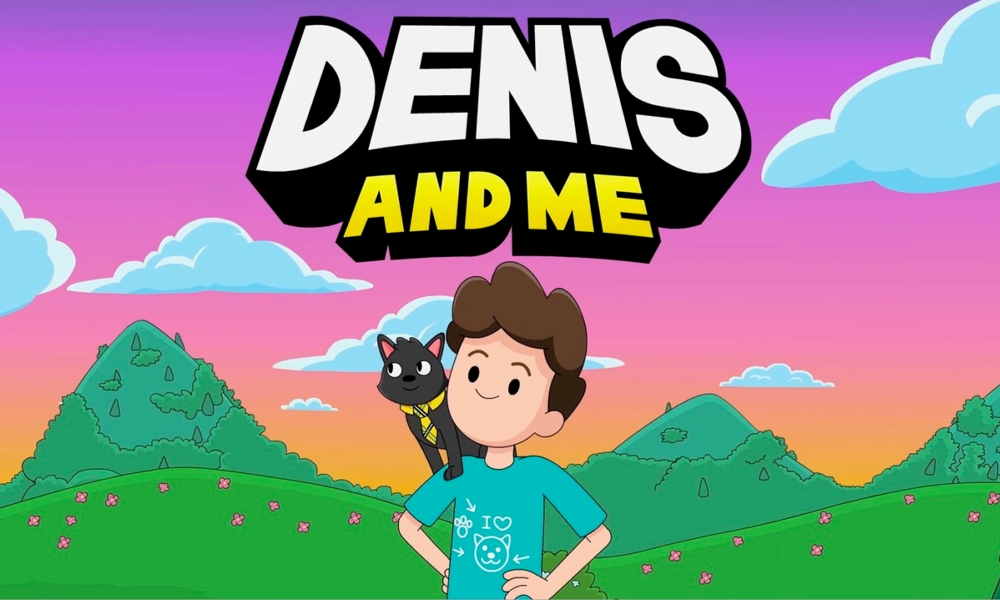 Kopotun’s DENIS channel currently has over 8.8 million subscribers and more than 3 billion views, thanks to his gaming-centric, family-friendly content beloved by kids and tweens in Canada, the U.S. and around the world. His Denis and Me series announcement video has already garnered over 1.25 million views.

Created and written by Diana Moore and Denis Kopotun, with Moore as Showrunner, Denis and Me is executive produced by Michelle Melanson (The Next Step, Stella and Sam, Fangbone!) and Ken Cuperus (Hudson and Rex, The Stanley Dynamic) of Headspinner Productions.

The 2D animated series of shorts is the not-so-true but hilarious story of a kid named Denis and his insane cat/best friend Sir Meows A Lot. The episodes were animated at Cartoon Conrad in Nova Scotia, and financing for the first 10 episodes was secured from the Canada Media Fund and the Shaw Rocket Fund.

For viewers outside of Canada, new episodes are launching every day on the Denis and Me official YouTube channel as of November 28. World Territories are still currently available through Wildbrain Distribution. Season II is currently in development with production of 20 more shorts slated for early 2021.