Disney plans to introduce a new young princess named Sofia the First in an upcoming animated movie and series, slated for the fall of 2012 and spring of 2013 on Disney Channel and Disney Junior channels worldwide. While Disney princess fairytales have been a staple of the studio’s films and merchandise for over 70 years, this is the first time a series has centered on a princess as a little girl.

Sofia the First is set in the storybook world of a regular young girl whose life changes when her mother marries the king. She is whisked off to a glamorous, but sometimes confusing, castle world of royalty, pomp and new step-siblings, Amber and James. Sofia the First also brings back Fauna, Flora and Merryweather (Sleeping Beauty) as the headmistresses of Royal Prep, the academy that Sofia, along with other princes and princesses, attends. Cinderella and some of the other famous Disney princesses will also make special appearances on the show.

“In Sofia, we have a ‘peer to peer princess,’ a relatable girl experiencing the same social issues as our young viewers – learning how to fit in, making new friends, conquering new skills and building sibling relationships,” says Nancy Kanter, senior VP of original programming and general manager of Disney Junior Worldwide. ”Although Sofia will have plenty of pretty dresses and sparkly shoes, our stories will show Sofia, and our viewers, that what makes a real princess is what’s inside, not what’s outside. That the inner character of kindness, generosity, loyalty, honesty and grace make you special, not the dress you wear.” 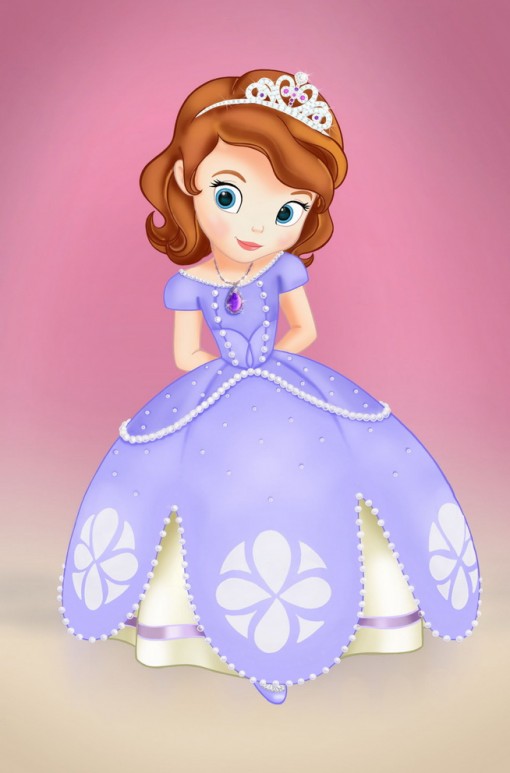 The series was developed by Craig Gerber (Pixie Hollow Games) who also wrote the movie. Jamie Mitchell (Special Agent Oso) is both exec producer and director. Gerber is also the show’s exec producer and story editor.