The first season of hot Japanese videogame-turned-toon Yo-Kai Watch is preparing to roll out in multiple international territories throughout the year, beginning with a premiere on Cartoon Network in the U.K. on April 23. The series is created by gaming studio LEVEL-5 and centers on a boy named Nate whose special watch allows him to see and interact with the mysterious Yo-kai — creatures that are secretly responsible for all kinds of daily nuisances.

Following the U.K. launch, Yo-Kai Watch is due to arrive in over 100 territories worldwide. In France, it will debut on BOING in April, on Gulli on September 1 and on Cartoon Network in March 2017. Nickelodeon will air the show in Germany, Austria, Belgium and the Netherlands beginning May 21. In Italy, the series will launch first on Cartoon Network in April and later on BOING.

BOING is also bringing Yo-Kai Watch to air in Spain and Africa starting in May. Through April and May, Cartoon Network will further roll-out the show in CEE, the Nordics, Portugal, Turkey and Poland. The show is also set for Noga in Israel this summer, and on to-be-announced channels in Russia and Ukraine this fall. 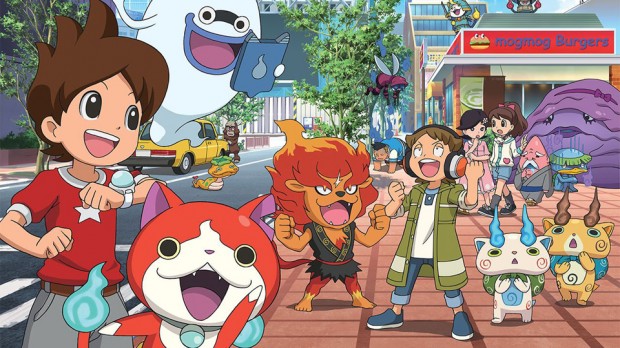