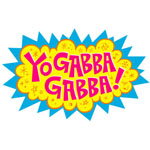 Wildbrain Entertainment will re-team with series creators Christian Jacobs and Scott Schultz of The Magic Store to produce the new season, which will be the fourth for the show. Production is set to begin this summer in Los Angeles.

“Yo Gabba Gabba! has catapulted to pop culture phenomenon status and we couldn’t be prouder of its success,” said Brown Johnson, president of animation at Nickelodeon. “Alongside our creative partners at The Magic Store and Wildbrain, we’re excited to bring to the legions of Gabba fans more great stories, cool music, valuable lessons and awesome guest stars.”

Yo Gabba Gabba! premiered in the U.S. on Nickelodeon in August 2007 and currently ranks as one of the most popular series on television with broad appeal among preschoolers, parents, teens and adults.

Full Trailer Arrives for Sony’s ‘Smurfs’
‘Batman: Brave and the Bold’ and ‘Barbie: A Fairy Secret’ on DVD