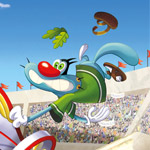 Award-winning French toon producer Xilam has inked a raft of broadcast deals with networks across Russia and CIS for its hit animate properties, Oggy & the Cockroaches and Zig & Sharko. First aired in 1998, Oggy already brings the prankish misadventures of a chubby cat and three irascible insects to 600 million homes in 160 countries. Zig & Sharko, meanwhile, is a 2D comedy about a hungry hyena whose plans to snack on a (theoretically) delicious mermaid named Marina are also foiled by a tough-as-nails shark.

New licensees for seasons 5, 6 and 7 of Oggy include PLUSPLUS (Ukraine), Kanal 2 (Estonia) and LNK (Lithuania). Season 3 and 4 have also sold to VIAPLAY (Baltics) and MTG Viasat for its TV3 (Latvia). Oggy S3 and S4 had previously sold to PLUSPLUS and Carousel TV (Russia), where it currently airs every weekday.

Kanal 2 and LNK also picked up season 2 of Zig & Sharko, while VIAPLAY opted for the first two seasons, and TV3 snagged season 1. Carousel currently airs season 2 of the series.

“Russia and the CIS territories are an important part of our international roll out for Oggy & the Cockroaches and Zig & Sharko for both broadcast and consumer products,” said Morgann Favennec, EVP Development & Global Sales at Xilam. “These latest deals highlight how these properties have both enduring appeal and are poised to win a new generation of fans.” 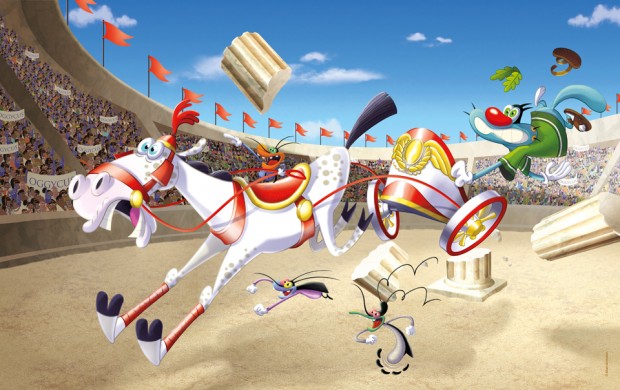