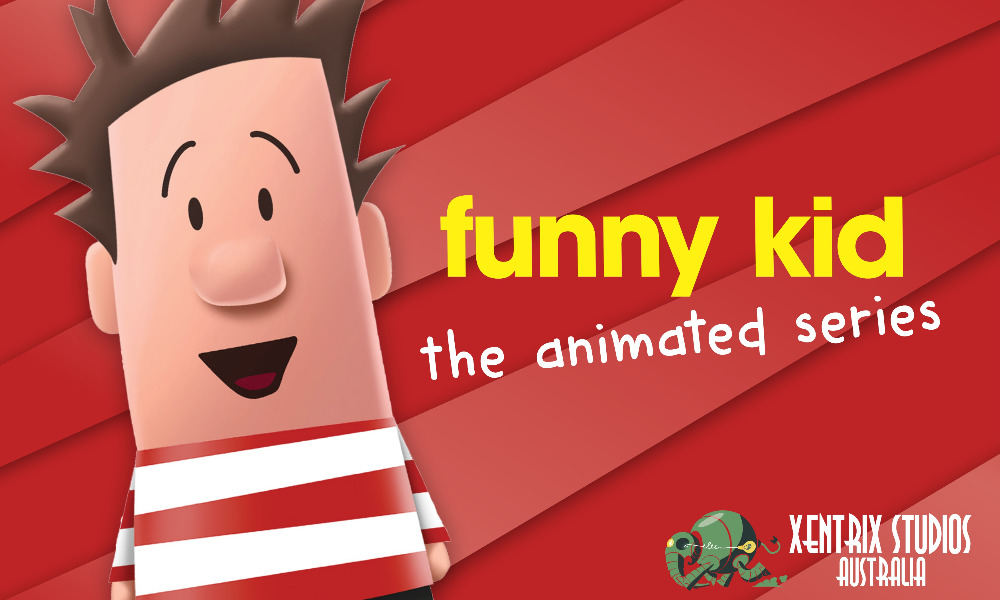 Xentrix Studios Australia has announced a new partnership with HarperCollins, which will see the animation shop and publisher working closely together to bring author Matt Stanton’s Funny Kid middle grade comedy books to life as an animated show.

The deal to adapt the 13-book series further solidifies Stanton as a standout voice in the Australian children’s literature world, and unites his unique voice with the fastest growing animation studio in Australasia.

“Xentrix Studios Australia is all about supporting local talent, we have identified Matt Stanton and his Funny Kid series as an exciting new opportunity for our studio. His recent sales success has reconfirmed that this series will be an exciting project to be involved in,” said Ken Cantrill, Head of Creative, Xentrix Studios Australia. “We are looking forward to commencing the development of Funny Kid with Matt early 2022.”

Stanton shared, “It’s so exciting to see the work of Australian children’s storytellers being recognized around the world right now. That only happens because of the talented teams we get to partner with.

“I am thrilled to be able to continue working with my book-family at HarperCollins Children’s Books Australia. They are passionate, creative, children’s-book-people and we are developing some wonderful new series together. To bring these characters to the screen in fresh and exciting ways is what Xentrix Studios does best, so I’m delighted to partner with Ken and his team to reach even more kids with the joy of Australian storytelling.”

Launched just five years ago, Funny Kid centers on Max, the funny kid! Every kid loves to laugh, but Max is the boy who can make it happen: He’s the class clown, the punch line, and sometimes quite literally the butt of the joke. Through his adventures, Max has run for class president, engaged in the ultimate prank war, auditioned for a super hero movie and launched a puppy-smuggling operation.

Stanton is also the uproarious writer behind over two dozen titles, including the Books That Drive Kids CRAZY!,  Fart Monster and Friends and The Odds series. According to his website (mattstanton.net), the prolific author loves mangoes, orcas, the color black and his four kids.

Xentrix Studios Australia specializes in services for high-end CGI animation, traditional 2D animation and gaming projects. Based just outside Melbourne, the studio’s slate also includes a raft of projects in the works with Sleigh Group.

Xentrix Studios, which also has locations in India, the Philippines and Singapore as well as an L.A.-based sales and client management team, has worked on projects like The Simpsons (20th Century), Butterbean’s Café (Nickelodeon) and NovelMore (Playmobil), and recenlty announced a partnershipt to adapt the popular NFT property Fluffy Polar Bears.