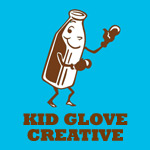 The new Kid Glove is organized into three divisions. Kid Glove Creative specializes in development and pre-production financing, and is developing programming previously handled under the B Wooding banner. These programs include Project Evo and Kaiju Patrol, among others. Kid Glove Distribution specializes in catalog distribution and includes the entire catalog previously distributed by B Wooding. In addition, Kid Glove Consulting offers consulting services to original intellectual property owners seeking to maximize the global potential of their IPs.

Over the past 20 years, Wooding has helped many creators find financing and distribution for their original IPs. She has been commissioned by entertainment companies around the world including Starz Animation (9, Gnomeo and Juliet), Film Roman (The Simpsons) and Sprite Animation in Los Angeles; Penguin TV in the UK (Peter Rabbit and Friends and Spot); and Moody Street in Australia (SheZow); in addition to a variety of independent producers. Wooding also helped launch DK Vision and Adams Wooding Television/The Future is Wild Productions. As director of international sales at Sunbow Entertainment she handled such iconic children’s brands as Transformers, G.I. Joe and My Little Pony.

In addition to Brenda Wooding, Heather Kenyon works with Kid Glove as a lead creative consultant. A veteran production and development executive, Kenyon brings to Kid Glove an extensive background in animation, having served as senior director of development, original series at Cartoon Network (Chowder, Camp Lazlo, Flapjack). Kenyon also served as vice president of project development and sales for Starz Animation, the production studio behind Tim Burton’s 9, and Miramax’s Gnomeo and Juliet.

“We are building Kid Glove to create, acquire, manage and consult with IP owners on realizing each IP’s fullest potential in the marketplace,” said Wooding. “My vision for the company is to share all of our experience and enthusiasm for entertainment with the vast creative community. We want to help turn their ideas into vibrant entertainment that broadcasters will deliver to global audiences and to extend these entertainment brands into viable products retailers will stock on their shelves.” 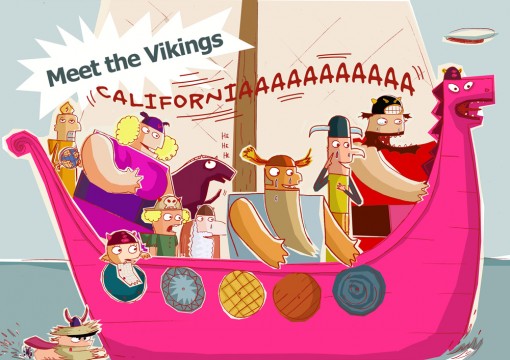 Viking Kong is based on the designs and an original idea by award-winning animators, Joke Van Der Stern and Valere Lommel, better known as Ministry of Animation, and is created by the Ministry paired with show runner David Freedman (Groove High, Lucky Fred, King Arthur’s Disasters, Santa’s Apprentice II) and British comedy writing duo Keiron Self and Giles New (The Canterville Ghost, Groove High, Flynn, Shawn The Sheep). Ministry of Animation’s credits include Franklin and Nelly and Caesar, among other feature films, television shows and numerous adverts and TV spots. Wooding and Kenyon are serving as executive producers.