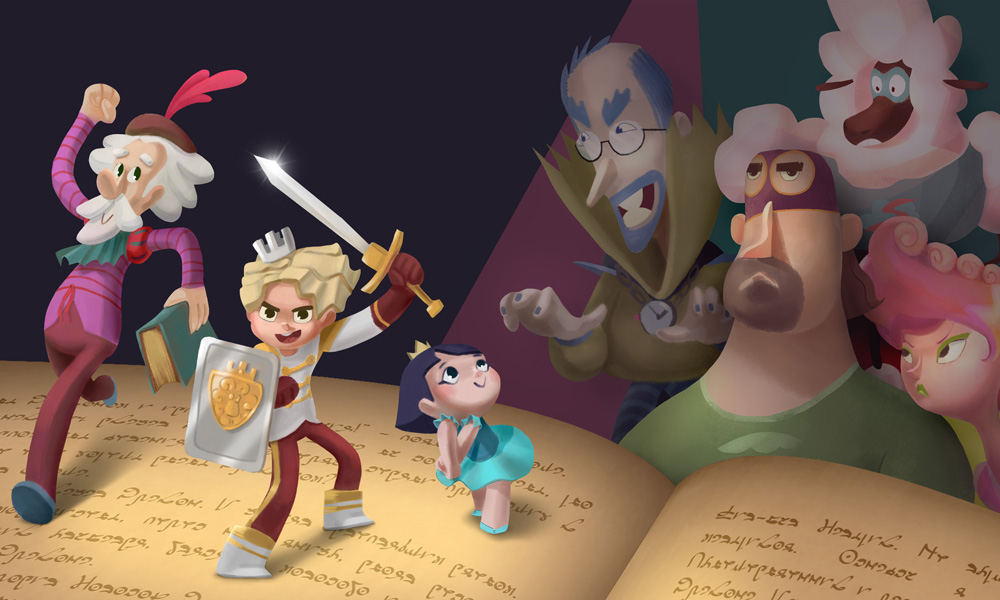 Russia’s Wizart Animation is following up on its series Yoko with a new TV project debuting in Cannes: Magic Book, which was introduced during the “Made in Russia: Future and Hidden Treasures” on Sunday, organized by the Russian Export Center. The series is based on the studio’s short film released this spring and screened at festivals in Bulgaria, Serbia, Iraq, Italy, Spain, the U.S. and Russia.

“Every problem calls for a creative solution” in Magic Books, which follows the adventures of a schoolboy Max, his younger sister Zoe and their grandpa Josh. Josh works as a sales person in a newsstand and is writing a Magic Book he’s been trying to publish during all his life. But the editors kept rejecting, it saying it’s too boring and outdated.

Each episode is a short story about the kids helping their grandpa to write a new chapter for his Magic Book. They dive into the magical world with gusto and invent fascinating stories for the book inhabited by characters embodying children’s problems. In the end of each episode we see children finding answers to their questions and Josh getting a new, up-to-date story. Magic Book aims to inspire kids 6-11, shape their creativity and show the importance of having good and confiding relationship in both: magical world and real life.

With secondary targets of preschoolers and families, the series touches on themes important to modern kids, such as relationships with peers, fears and aspirations, as well as the fantasy fun of magical transformation and a dynamic narrative with light, accessible humor.