“Kirk Scroggs’ stories about Wiley and his Grampa have been entertaining readers throughout North America for the last five years,” says Pamela Slavin, Wizard Hat’s exec producer. “We are looking forward to bringing their hilarious adventures to a global television audience.”

Wiley & Grampa’s Creature Features are described as “the almost-true cartoon stories of 10-year-old Wiley and his Grampa, who save the townspeople of Gingham County from supernatural creatures, monsters and terrible cafeteria food.” Wiley is a master zombie fighter and dangerous amateur chemist, who along with his Grampa, his best friend Jubal and his cat Merle, live as normal a life as you can when your town is perched on a toxic lake full of sea monsters, and is the epicenter of all things creepy and deep fried. 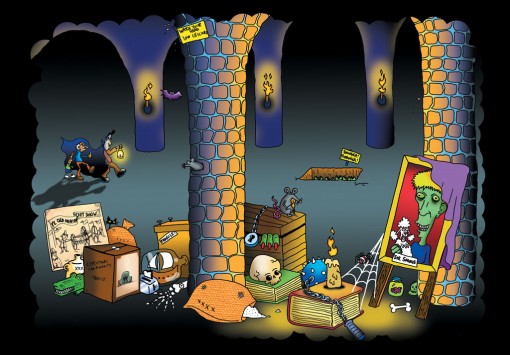