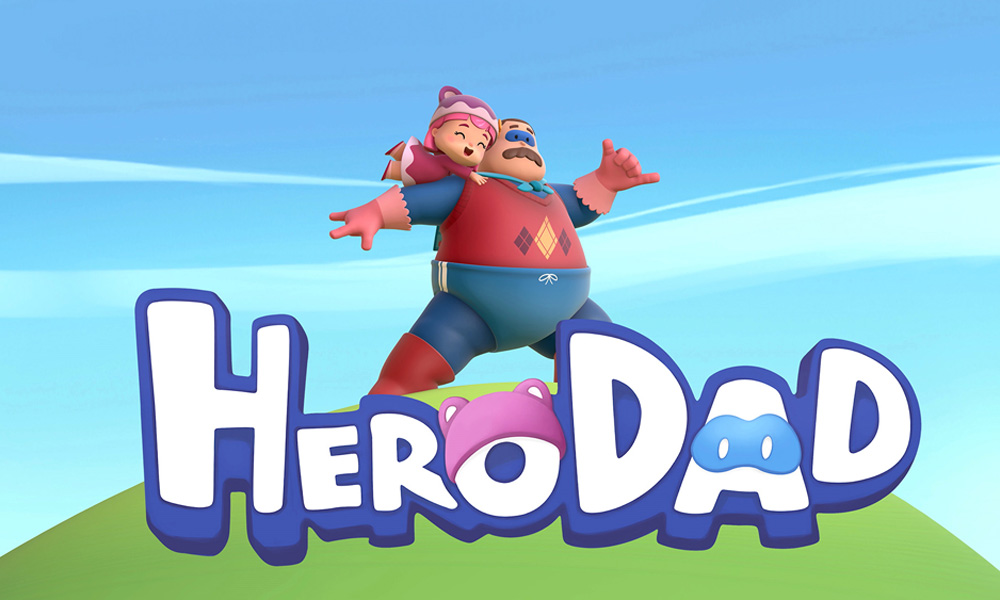 The bright, bubblegum-hued show centers on a father who, every day after work, comes home and changes into his superhero costume — rain boots, dishwashing gloves, tablecloth cape and a swimsuit over his pants — to care for, play with and teach his curious three-year-old daughter, Miao. The homemade, somewhat clumsy superhero’s adventures always end with an educative rescue by his clever daughter.

Hero Dad is directed by Maxi Valero and Nathalie Martinez, and is being co-produced with local Spanish broadcaster À Punt Mèdia, with the collaboration of the Institut Valencià de Cultura IVC.

Wise Blue Studios is employing groundbreaking technology by utilizing Unity’s real-time rendering technology in the series production. This cutting edge technology allows 4K rendering in real time, and as a result has created a completely innovative, extremely stream-lined workflow for CGI animation. The technical and artistic team at Wise Blue Studios has invested considerable R&D efforts to implement this technology, which up to now has been used in the video game industry, into their production pipeline to take advantage of the best of both worlds.

“The biggest challenge has been to get the style of a traditional animation series for children, with degraded tones, soft shadows, diffuse lights, etc., and separate this type of image from what we are used to seeing on the screen of a video game,” commented visual development supervisor David Martinez.

The team, also headed by art director Pablo Martín (Pablín Dibujín), feels very satisfied with both the creative result and the enhanced workflow efficiency, and that sentiment is echoed by production manager, Juan Calabuig: “We are very happy regarding both the efficiencies in production and the artistic results.”

While the innovative production process heralds the future of super-streamlined TV animation workflow, at its core are the same storytelling values that have been the anchor for successful projects for decades.

“Hero Dad is an innovative series from a technological point of view that allows us a versatility and efficiency that did not previously exist. But it is also an innovative series in the very conception of the theme,” said director and original story creator Valero. “The series is very solid in its philosophical approach but, above all, it is fun! We never lose sight of the fact that children, especially at these ages, learn best by having fun! We have based the series’ educational philosophy on Howard Gardner’s theory of multiple intelligences, which is reflected in the daily trials and tribulations of this family and their comedic adventures.”

“In the end, technology is a vehicle that is at the service of storytelling, and in this series it helps us focus on our story of the life of a single-parent family, where the father takes care of the daughter as they work together to solve the daily challenges, and learn the daily lessons, that every little kid faces in their life,” added co-director and producer Martinez. “By having the father be the primary care-taker parent, the series transmits an integrating message to children, reflecting, from the very heart of the series, both the family diversity of our current society, and the evolution and equalization of male and female roles in contemporary families.”