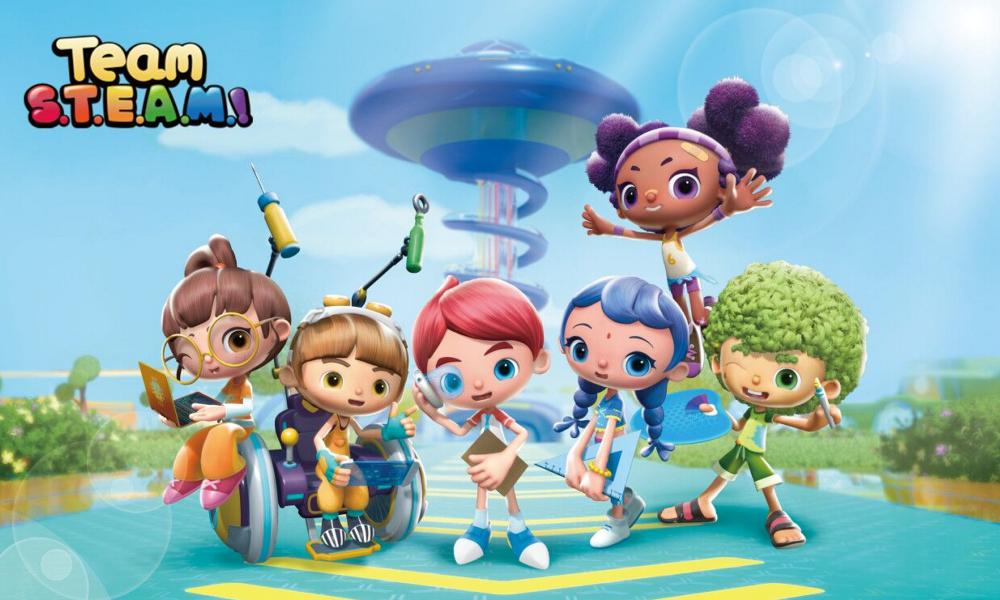 Winsing Animation will be promoting its hit shows and new properties at MIPCOM Online+ from October 12-16 this year. Out of a varied and exciting selection of properties on show at its stand, Winsing will be highlighting established hit GG Bond and GOGOBUS, along with new title Team S.T.E.A.M.!

The brand-new program is targeted at preschoolers aged 4-8 older, with the aim of enlightening their interest in science and the spirit of teamwork. The team is made up of six amazing kids who each use a different STEM-based area of expertise to solve the problems they encounter. Team S.T.E.A.M.! was one of five animation pitches at MIPJunior 2019, and the only Chinese project in the mix.

The first season will premiere in China in October and Winsing is looking for international distributors worldwide.

Another highlight of the company’s MIP lineup is popular new show GOGOBUS, for two- to five-year olds. Based on social and emotional learning, it revolves around an AI school bus that can transform into five different vehicles to protect the children’s safety and teach them how to cope with daily problems. To date, GOGOBUS has arrived in most of the Asian territories, including South Korea, Indonesia, Malaysia, Brunei, Vietnam, Taiwan and China — performing particularly well in South Korea and Indonesia. Moreover, it has also rolled into North America and SAARC and is soon heading to Russia & CIS, Ukraine and Baltic states.

Winsing’s ace property GG Bond is also kicking off a new series: Undersea Wonders. It is the first time GG Bond leads his team members to explore the world underwater. And the new spin-off GG Bond: Dino Diary follows the adventures of GG Bond and his fellows travelling back to ancient times to save injured and imperiled dinosaurs.

“During the hard time in this year, Winsing always strives to content creation and keeps open-minded for trying some more new possibilities,” said Echo Gu, VP of Winsing Animation. “The COVID-19 may ground us at home this year, but culture communication and international interaction will never stop.”