The United Kingdom-Canada co-production is set for 26 half-hours or 52 11-minute episodes, plus 11 two-minute shorts. It starts production at Wildseed’s newly launched Bristol studio, which also will handle the shorts and pre-production. Tricon International will handle global distribution across all platforms.

Counterfeit Cat is the story of Gark, a naive 9-year-old alien with uncontrollable superpowers and destined to save the universe, and Max, an anxious but vain house cat who would prefer to save himself. Sent for training off-world, Gark mistakes Max for a tiger that can teach him to be a hero so he can fulfill an ancient prophecy and save the universe. The problem is Max doesn’t know much about being brave: he knows about watching TV, knitting and coughing up fur balls. But Gark’s adventurous instincts force Max to act like the tiger Gark believes him to be.

The show’s executive producers are Miles Bullough and Jesse Cleverly for Wildseed Studios, and Andrea Gorfolova, Jon Rutherford and Frank Saperstein for Tricon. 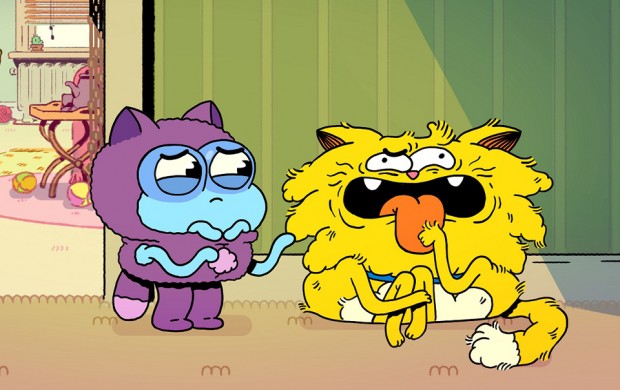 ‘Golan’ Gets Half-Hour Treatment for Fox
L.A. Film Fest Offers Early Screening of Pixar’s ‘Inside Out’