9 Story Media Group has secured several deals for Australian distribution of its hit animated adventure series Wild Kratts, including a broadcast agreement with Channel Nine’s Go! Channel. The show will begin airing on Go! on weekdays at 7 a.m. and 2:30 p.m. beginning November 14, and weekends at 1:30 p.m. starting November 21.

In addition to coming to broadcast, Wild Kratts has been picked up for home video by Roadshow Entertainment, and master toy licensee Wicked Cool Toys has appointed Hunter Products the territory’s distributor for the toy line.

Co-produced by Kratt Brothers Company and 9 Story Media Group, Wild Kratts is now in production on its fourth 26-episode season, which will begin rolling out in the U.S. on PBS KIDS in late 2015. The show has proven an international success, airing in over 180 countries in 18 different languages.

Master toy licensee Wicked Cool Toys last year launched a broad range of toys at Toys “R” Us, including creature power suits, action figures, talking plush and vehicle sets, which have recently rolled out to Kmart and select Target stores. Random House Kids has released the first Wild Kratts books in the U.S. and Canada as part of its “Step Into Reading” program; an expanded book line is in the works due to their success. 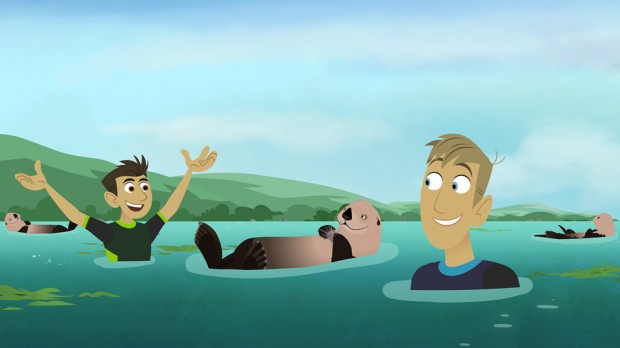