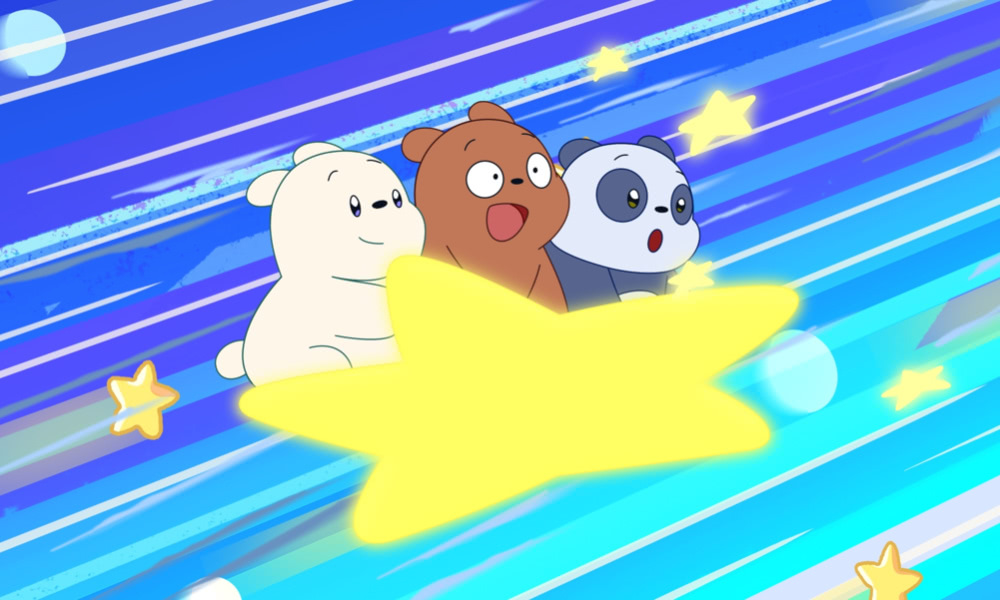 ***This article was written for the February issue of Animation Magazine (No. 317)***

What better way to start a brand new year than diving into the charming world of We Baby Bears, the new Cartoon Network series which offers a deep dive into the world of junior versions of Grizz, Panda and Ice Bear? Executive produced by original We Bare Bears creator Daniel Chong and Manny Hernandez, the series is a prequel of sorts to the CN hit which ran for four seasons from July 2015 thru May 2019 and concluded with a feature-length outing in 2020. The new show’s creative director Christina Chang and writer Mikey Heller were kind enough to give us an insider view of the clever new production, which finds the mini-bears exploring new worlds with their magical box!

“I was a storyboard artist and revisionist on We Bare Bears, working with Manny as my director all the way from 2015 to the show’s movie finale,” Chang tells us. “After the show ended, Manny hit me up and asked if I wanted to take the next step and direct, and eventually be creative director.”

Heller was writing for the original show. “I’ve been writing for Bears in some form or another for over seven years!” he says. “So I was already there when we transitioned from wrapping up the We Bare Bears movie to We Baby Bears. This new show is completely different.  While the characters are the same, we’re playing with a different continuity where the baby bears go on magical adventures in different fantastical worlds. It’s different tonally, too. We really pumped up the adventure, the action and the visual language of the show. It gets bananas!” 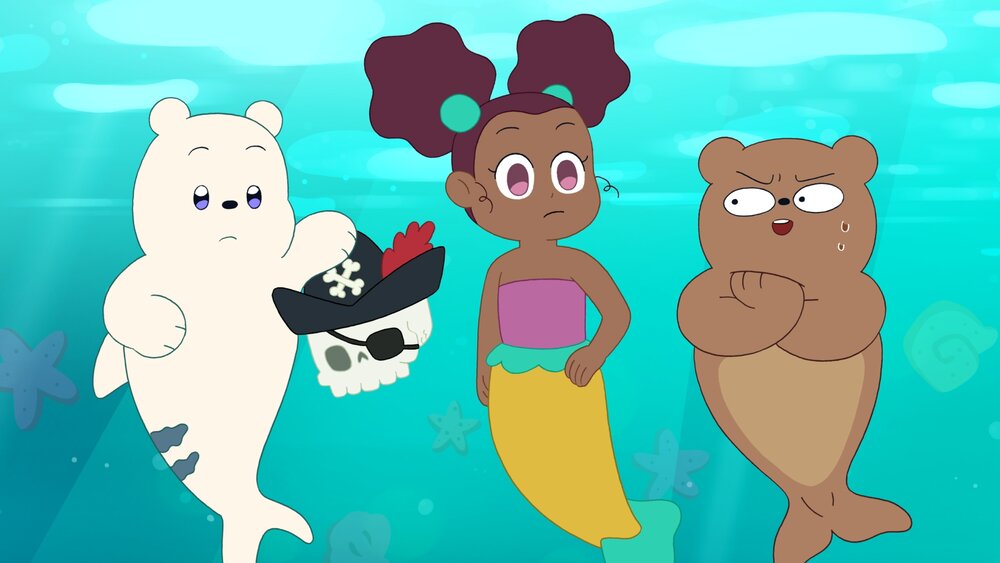 A World of Color

The visual style is also different. As Chang explains, “The style is definitely a leap towards anime! The places they visit are also certainly different from We Bare Bears, where it was mostly the cave and parts of San Francisco. Now, the entire universe is the baby bears’ oyster, as they travel around in their magical, shooting-star-powered box.”

The show’s animation is produced by Rough Draft and Saerom in Korea, who use 2D tools for the actual animation. “On our end, the storyboard artists all board digitally in Toon Boom, and designers use Photoshop,” explains Chang.

Heller says one of the reasons he loves writing for both the previous show and this new prequel is that the characters feel very real to him. “I love Grizz, Panda and Ice Bear, and I’m very lucky that thinking about three funny bears and their silly adventures is my full-time job!” 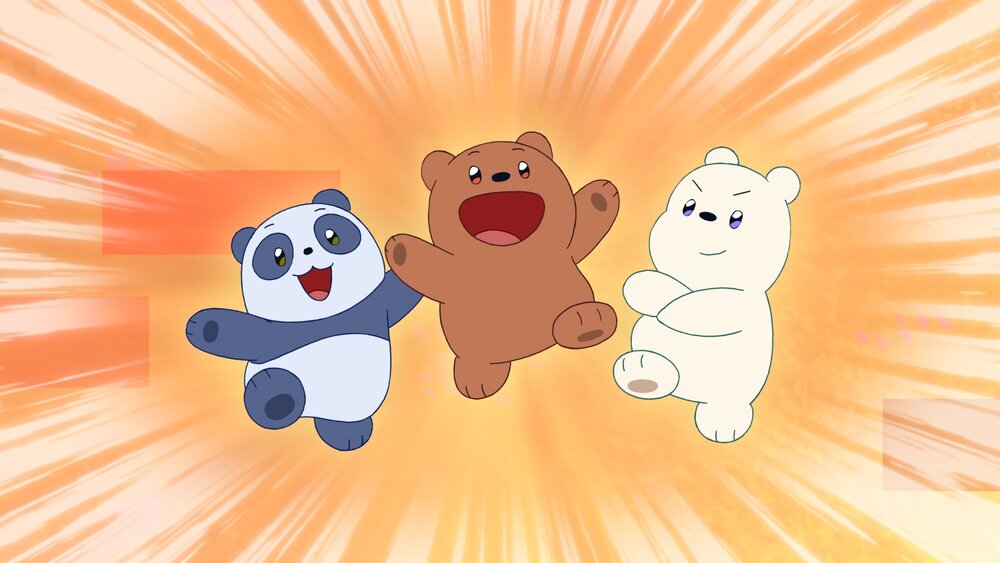 According to Chang, one thing the entire crew responded to was Pokémon. “We drew a lot of inspiration for character antics and expressions from Pokémon,” she recalls. “The bears go to so many fantastical and even alien worlds, but honestly our art team pulls a lot of references from life, peppering motifs throughout the episodes.”

One of the design challenges is the push for consistency. “We’re all just big fans of anime, and having been allowed to pursue it finally, it’s like suddenly having too many options for dessert,” says Chang.

For the writers, coming up with all the new settings for the protagonists was also a bit of a puzzle. “With each episode, there’s a whole new world, with its rules, its own look, its own characters,” explains Heller. “It was daunting at first but after a while we really started to find our groove.” 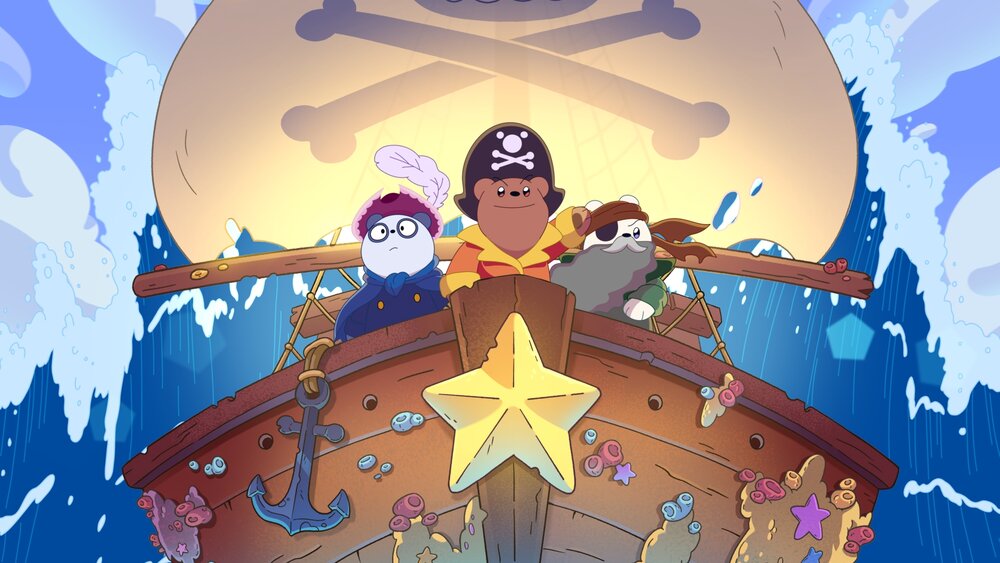 When asked about the secret behind the characters’ global popularity, Heller responds, “They’re so relatable! Whether you’re down to party like Grizz, an emotional time bomb like Panda or in your own world like Ice Bear, I think people really see themselves in these characters. And they are cute. I know that’s a big factor for people.”

“I think people are drawn to bears because they feel like mascots, with their distinct personalities and how they deal with relatable issues surrounding social media,” offers Chang, who mentions Bryan Konietzko and Michael Dante DiMartino (Avatar: The Last Airbender), Mari Okada, Mamoru Hosoda, Joaquim Dos Santos and Domee Shi as some of her favorite creators. “On top of that, they’re just cute!” 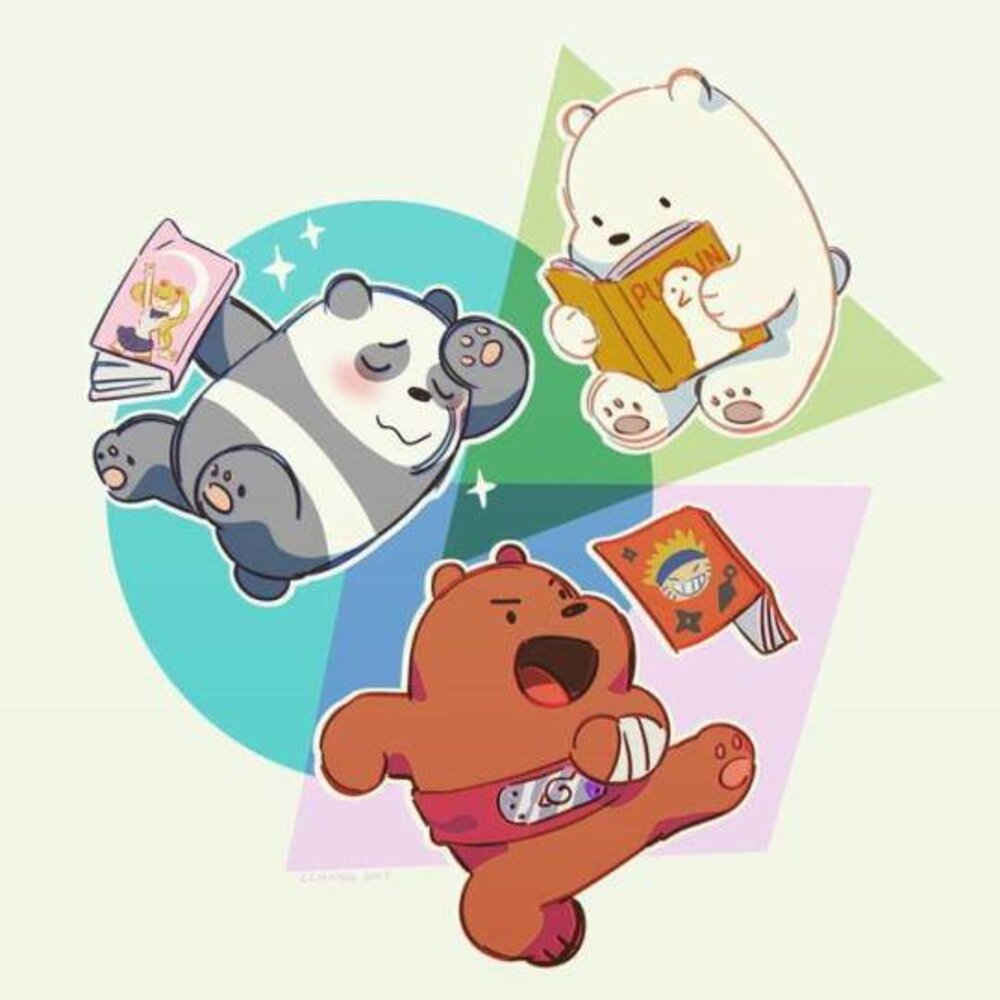 The Baby Bears enjoy their preferred literature in this adorable piece of design art for the show.

Heller, who counts Chong, Hernandez and Mike and Matt Chapman (the creators of Homestar Runner) as his animation idols, says he hopes audiences enjoy seeing a version of the bears that get into situations they’d never get into in the old series. “It’s a new take on the show and I think that can be so much fun,” he notes. “And most of all, the designs, artwork and storyboards for this show are truly remarkable. I hope people pause and take a minute to admire the incredible work people put into these episodes.”

Chang agrees. “I hope the audience has fun!” she says. “Especially maybe spotting some hidden Easter eggs, but also resonating with some of the lessons the bears learn along the way, as they meet new friends, handle conflict and navigate different situations around the new worlds.”

We Baby Bears premieres Saturday, January 1 with a 10-episode marathon starting at 10 a.m. on Cartoon Network. Two new episodes air each Monday in January at 7 p.m. 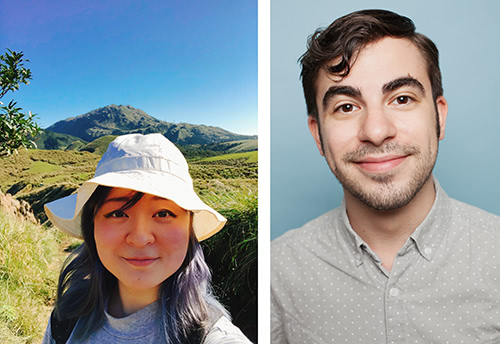 Christina: “Be humble. Embrace and be true to what you love — whether that be a certain style, or aspect of animation like designs, boarding, color, environments — and learning the foundations that go into them. I really like this one quote about luck: it’s when preparation meets opportunity. You can prepare through art school just as much as with other resources like community college, and online classes.”

Mikey: “Make stuff and share it! The more you make the better you’ll get. The more you share, the more you’ll connect with others and learn from your community.”