Richard Adams’ beloved novel Watership Down continues to inspire new feats of entertainment, with BBC One and Netflix announcing the classic tale will be reinterpreted into a four-part mini-series of animated 60-minute episodes, set to air in 2017. The series will premiere on BBC One in the U.K., and worldwide outside the U.K. on Netflix.

The series is a co-production of BBC One and Netflix, and produced by 42 and Noam Murro’s Biscuit Films. The CG animation team is lead by Pete Dodd (Fantastic Mr. Fox, Frankenweenie) and Hugo Sands, along with Dublin animation house Brown Bag Films. ITV Studios Global Entertainment will handle international distribution.

“Adapting this much-loved novel in a fresh and innovative way is a truly exciting opportunity,” said Rory Aitken, Partner and Executive Producer at 42. “Telling the story over four hours of CG animation allows us to explore the characters from the novel and their adventure in a way not previously achievable on screen.”

Set in the idyllic rural landscape of southern England, this tale of adventure, courage, and survival follows a band of rabbits on their flight from the intrusion of man and the certain destruction of their home. Led by a stouthearted pair of brothers, they journey forth from their native Sandleford Warren through the harrowing trials posed by predators and adversaries, towards a promised land and a more perfect society.

Watership Down has previously been adapted into a critically acclaimed animated feature in 1978 and as an animated TV series for the U.K. and Canada, both headed by Martin Rosen and featuring top actors like John Hurt and Stephen Fry. 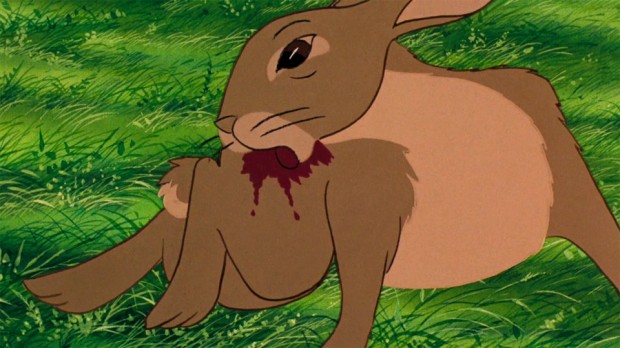