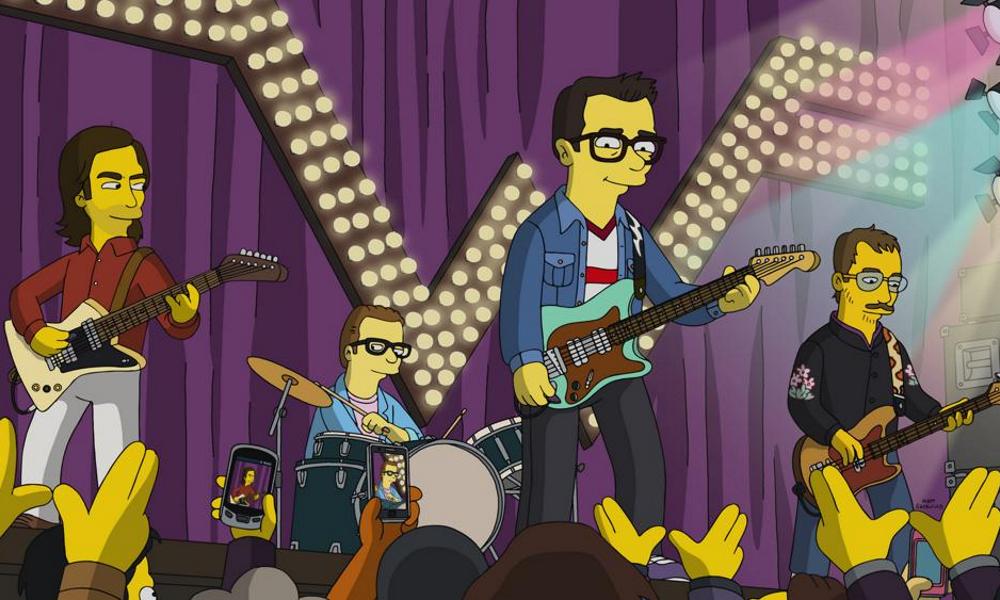 You can catch Weezer’s cover of the iconic Simpsons theme song below. Scroll down for more deets.

Episode Info: Lisa makes a new friend who loves horses, but then becomes part of a circle of snooty young rich girls. Meanwhile, Homer takes Marge on a romantic cruise in the all-new “The Hateful Eight-Year-Olds” episode of The Simpsons airing Sunday, May 10 (8-8:30 p.m. ET/PT) on FOX.

In the episode, Weezer performs as a cover band named Sailor’s Delight, who are the house band on the romantic cruise taken by Homer and Marge. Some of Sailor’s Delight’s songs in the episode are classic hits from Weezer (“The Black Album”) or Pacific Daydream, but one song is completely new: debuting worldwide on The Simpsons, the track is called “Blue Dream,” and will be featured on the band’s forthcoming album, “Van Weezer.”