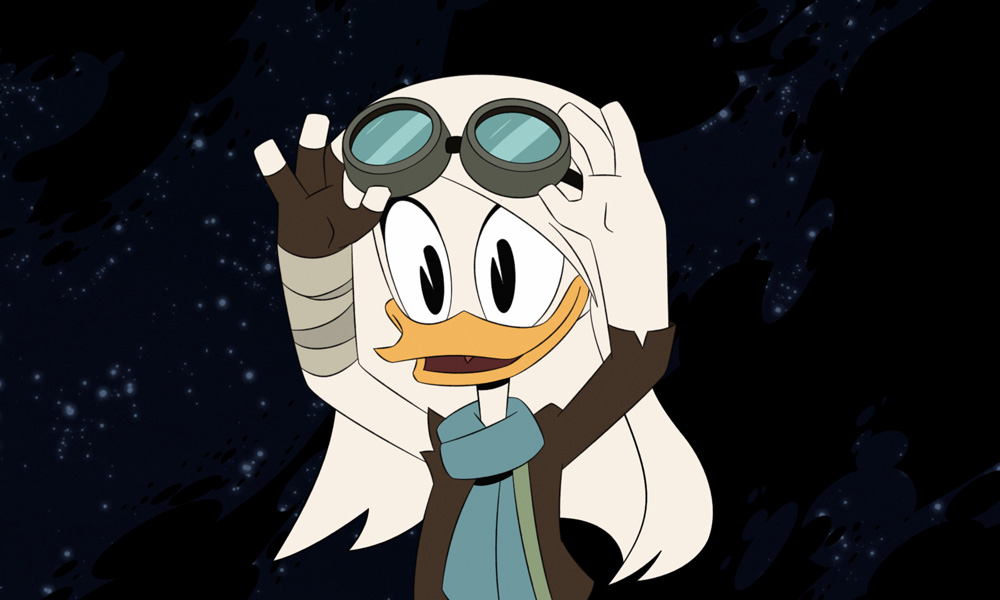 Della Duck, the long-lost mother of Huey, Dewey and Louie and twin sister of Donald, is making her official DuckTales debut in a new episode premiering Saturday, March 9 at 8 a.m. EDT on Disney Channel. To get fans’ feathers fluffed about it, a special sneak peek at the episode “Whatever Happened to Della Duck?!” and a behind-the-scenes chat with voice star Paget Brewster (Criminal Minds, Batman and Harley Quinn) have been released online.

In the season 1 finale, the boys discovered the truth behind their mother’s disappearance: Della took Scrooge’s secret rocket ship, got caught in a cosmic storm and became lost in the dark abyss before the triplets were hatched. In the upcoming season 2 episode “What Ever Happened to Della Duck?!”, Della struggles for survival against dangerous elements of the Moon as she looks for a way to get back to her family on Earth.

Della made her first-ever animated onscreen appearance in DuckTales S1 and was first mentioned in a Donald Duck newspaper comic strip and animated short film in the late 1930s. As daring as her Uncle Scrooge and as stubborn as her brother Donald, Della is a fearless pilot and explorer. As kids, Della and Donald were Scrooge’s original adventure crew, eager to chart the unknown.