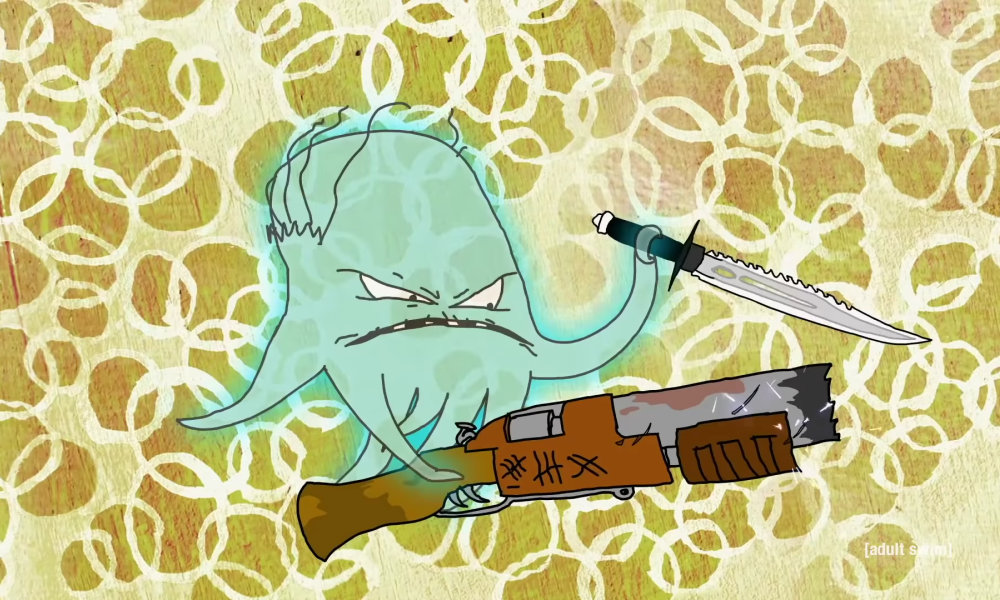 Adult Swim has announced that Emmy-nominated comedy actor Tracy Morgan (SNL, 30 Rock) will be stepping into the slap-happy tentacles of Early Cuyler in the 13th and final season of Squidbillies, premiering Sunday, November 7 at midnight ET/PT on Adult Swim. To spread the news, the channel has created an animated audition video which sneak peeks some S13 shenanigans and recasts a series of other Adult Swim voices in the role.

Morgan’s voiceover credits include Woof in Where My Dogs At?, Luiz in the Rio movies, Mr. Gristle in The Boxtrolls, Fox in Green Eggs and Ham, Captain Caveman in Scoob! and Spoonie Luv on Crank Yankers.