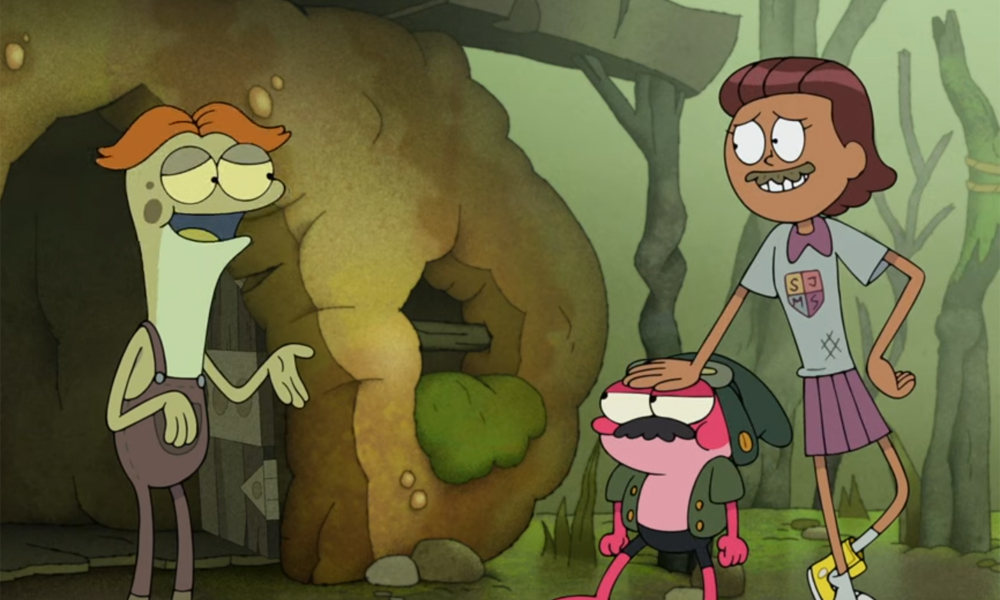 In an upcoming episode of Disney Channel’s new magical animated comedy Amphibia — already renewed for a second season — star of This Is Us Chris Sullivan pays a visit to the strange swampy land to voice Gunther, a southern tusked frog who lives on the outskirts of Wartwood. In the episode, Sprig’s rare and precious Blue Moon Shell is stolen, so he and Anne investigate to find the thief.

Amphibia chronicles the adventures of teen girl Anne Boonchuy (voiced by Disney Channel alumna Brenda Song) after she is magically transported to a rural marshland full of frog people and meets the excitable young frog Sprig Plantar and his family.