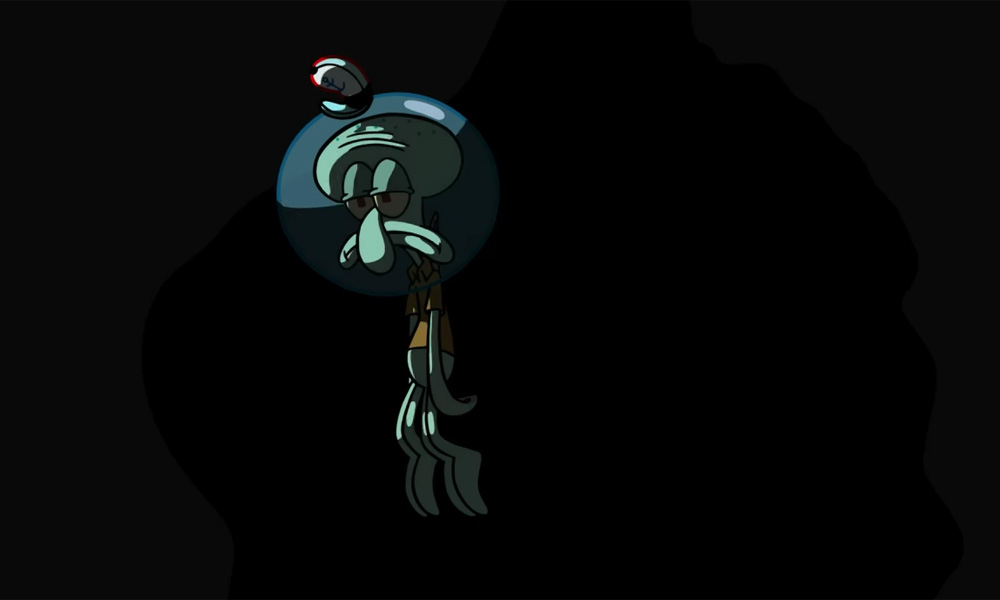 SpongeBob, Sandy and their “Science Scout” troop go on a very far-afield trip — all the way to the moon! — in a brand-new holiday special of SpongeBob SquarePants, premiering Sunday, November 25 at 11 a.m. ET/PT on Nickelodeon.

“SpaceBob MerryPants” follows the scouts on a scientific exploration through space, where SpongeBob finds extraterrestrial life in the form of a krabby patty, Sandy studies the moon’s gravitational effect on nuts, and Squidward goes to the dark side. After an explosive mishap with a Jack-in-the-Box, the troop is left in an astronomical situation, where they luckily find the one person who can help them out, the big man himself … Santa Claus!

Actor and producer Lewis Black (Inside Out) voices Santa Claus, who teaches SpongeBob and his pals that working together and thinking outside the box can help solve any problem. As ever, the regular cast brings your favorite characters to life: Tom Kenny (SpongeBob SquarePants), Rodger Bumpass (Squidward Tentacles), Bill Fagerbakke (Patrick Star), Clancy Brown (Mr. Krabs) and Carolyn Lawrence (Sandy Cheeks).

Fans can also check out the new weekly short-form series Bikini Bottom Mysteries, which which explores the secrets, scandals, and unsolved mysteries of SpongeBob SquarePants with a new episode every Tuesday on Facebook Watch and YouTube. Produced by Viacom Digital Studios for the fans who grew up with the show, the seven episodes takes a closer look at some of the fishier characters in Bikini Bottom like Frank the Fish, Purple Doctor Fish, Harold, Mabel and more.