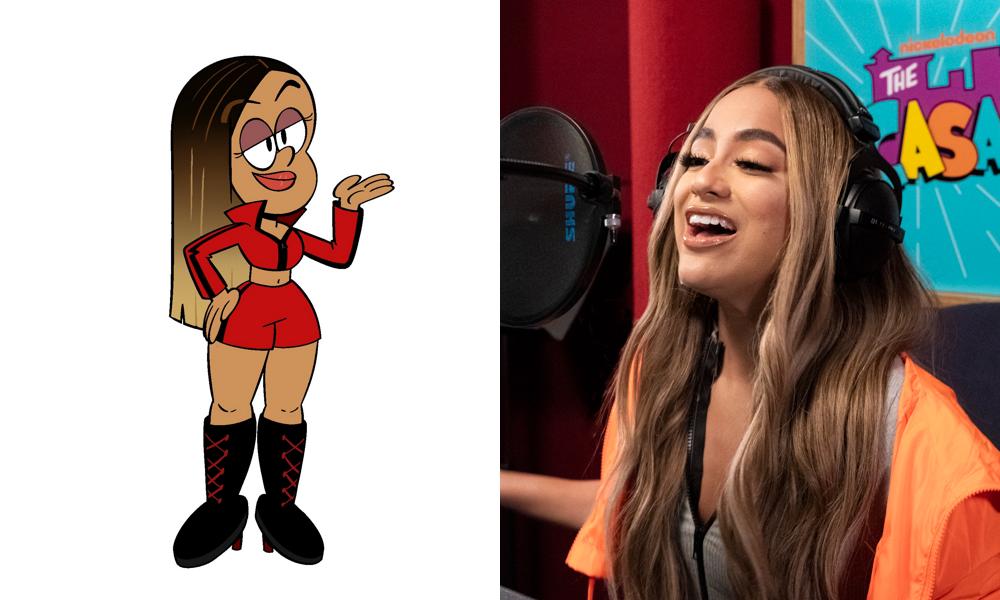 Carlota’s vlog is discovered by a famous musician in a brand-new episode of The Casagrandes, premiering Sat., March 14, at 11:00 a.m. (ET/PT) on Nickelodeon. In “V.I.Peeved,” Carlota worries that her family will embarrass her after kind-hearted and enthusiastic pop star Alisa Barela, voiced by real-life pop star Ally Brooke, invites her to attend her concert.

“V.I.Peeved” features an original song, “I’ll Be There For You,” performed by Ally Brooke and written by Jonathan Hylander (composer, The Casagrandes).

Nickelodeon also invites fans to check out the newly-launched official The Loud House & The Casagrandes YouTube Channel, where Lincoln tries to navigate a LOUD household with his 10 sisters, while his best friend Ronnie Anne explores life in a new city with her lively family. Launching today, the channel features vlogs and podcasts, as well as, hilarious moments, interactive guides and more.

As well as the new original tune, Brooke also performs the show’s theme song — an energetic and authentic tune that celebrates all of the things that make up The Casagrandes: family, love, humor and food. Written by award-winning composer Germaine Franco and performed by Brooke, the song has elements of urban and pop music and authentic, fast and upbeat Latin music rhythms, giving it a catchy vibe made for kids and adults alike. Most importantly, The Casagrandes’ extended theme song expresses that “we’re all familia!”

The Casagrandes was recently greenlit for second season and tells the story of Ronnie Anne, who moves to the city with her mom and older brother to live with their big, loving family, the Casagrandes. A spinoff of The Loud House, the series showcases the culture, humor, and love that’s part of growing up in a multigenerational Mexican-American family. New episodes air Saturdays on Nickelodeon.