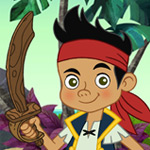 More than a century after the first stage performance of J. M. Barrie’s Peter Pan, the property continues to inspire movies, plays, books and spin-offs. Taking their cue from Tinker Bell, who has her own thriving empire on DVD, the villains Captain Hook and Smee will star in their own animated preschool show this month.

Exec produced by toon veteran Rob LaDuca, who won an Emmy for directing Discovery Kids’ Tutenstein and whose numerous credits include Disney’s DuckTales, Adventures of the Gummi Bears, The Lion King 2, Lilo & Stitch: The Series and most recently Mickey Mouse Clubhouse, this new Disney Junior show is titled Jake and the Never Land Pirates. The music-filled toon centers on a young boy named Jake and his friends Izzy, Cubby and their lookout parrot Skully (voiced by David Arquette) as they invite home viewers to help them solve puzzles and find treasures before Captain Hook and his team get their hands on them. The show’s catchy music is provided by Loren Hoskins and Kevin Hendrickson of the Portland-based rock band Captain Bogg & Salty!

“We knew we wanted to do something with Captain Hook and Mr. Smee,” recalls LaDuca. “So we put something together that would include a band of pirates off the coast of Never Land. The premise of the show is that Peter Pan went off to explore the world beyond Never Land, and he left Jake and his crew in charge to keep an eye on Captain Hook.” Young viewers can look forward to cameos from favorite characters from the property sometime during the season.

LaDuca was working on Mickey Mouse Clubhouse, another one of Disney Channel’s huge preschool hits, when he was tapped to exec produce the show with Mark Seidenberg as producer/story editor and Howy Parkins as director. 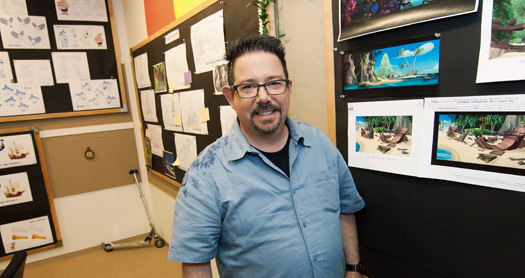 “I always thought that Captain Hook and Mr. Smee were wonderful characters,” says LaDuca. “Creating a new world within Never Land was something that I thought would be a really great idea. Peter Pan is one of my favorite Disney movies of all time, and it was always in the back of my head that, one day, I wanted to revisit that world and these beloved characters.”

The team at Ottawa-based Mercury Filmworks uses Toon Boom’s popular Harmony software to produce the animation for Jake and the Never Land Pirates. LaDuca says he really likes the unique quality of the animation, which marries 2D and CG elements and creates unique textured backgrounds that stand out. “Having worked on Mickey Mouse Clubhouse for the past four years, I can tell you that working on a completely CG-animated show is pretty complicated. You are looking at so many different versions, the gray scale, the rigging. Harmony is so much more conducive for a TV animated series. I was brought up on 2D—I can actually draw and find it harder to express myself in Maya. Jake’s animation looks beautiful and is certainly more painterly. You can play with all the tricks you know from 2D and it delivers a very lush look in the end.”

Working with a nine-month turnaround time, LaDuca and his team first write a shorter version of the script, and then a smaller production team draws up the script, which is no more than 80 panels. Then they play the initial version for preschoolers to see if they get the positive messages about teamwork and make sure that nothing too scary is included in the mix. After getting feedback from their young audience, they make adjustments to the final production and begin the final animation production process. 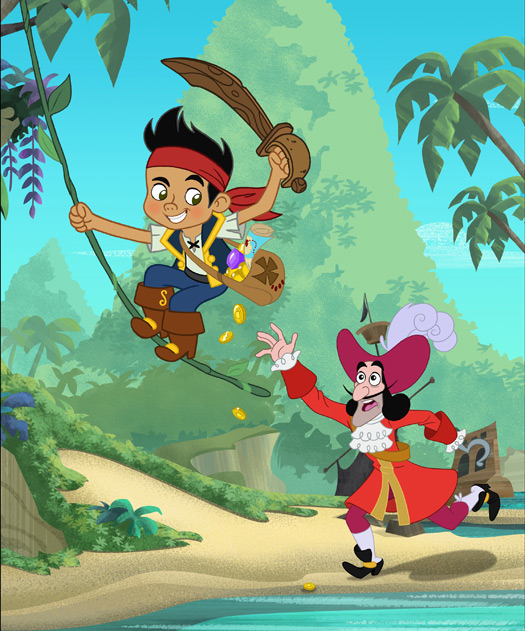 Comparing today’s animation process with two decades ago when he was working on shows such as TaleSpin and Chip ‘n Dale Rescue Rangers, LaDuca says it’s a lot more fun not to worry about cel shadows and whether or not a pan is going too far. “We seem to have much more toys to play with today,” he notes. “There’s also a lot of more immediate gratification. The process is a lot faster today.”

Of course, some purists have expressed their concern about Disney going back to its rich archives to create new spin-offs, but LaDuca says he and his team are very aware of the legacy of these characters. “We always strive to keep Hook and Smee in line with their classic personalities,” he says. “You have to remember that Disney was an innovator himself. He was never one to sit back on his laurels: He was always trying to re-invent and innovate. He was the first in so many ways—he introduced sound and ventured into long-form animation.”

LaDuca is also very enthusiastic about the show’s music, which is provided by Captain Bogg and Salty’s Loren Hoskins and Kevin Hendrickson. “They play a pair of pirate musicians called Sharky and Bones, and we asked them to write the music for the show,” says LaDuca. “They grabbed the ball and ran with it. They score each episode without using synthesizers … they actually use a mandolin!” 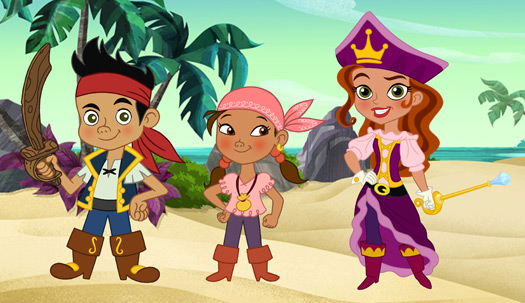 Overall, revisiting Never Land with such a great cast and crew has been a real blast for LaDuca. “I love working with Corey Burton and Jeff Bennett, who do the voices of Captain Hook and Mr. Smee,” notes the veteran animator. “They are so funny and love these characters. I really think I’m the luckiest boy in Puppetland.”

You may also like...
Related Topics:Disney TV, Jake and the Never Land Pirates, Peter Pan