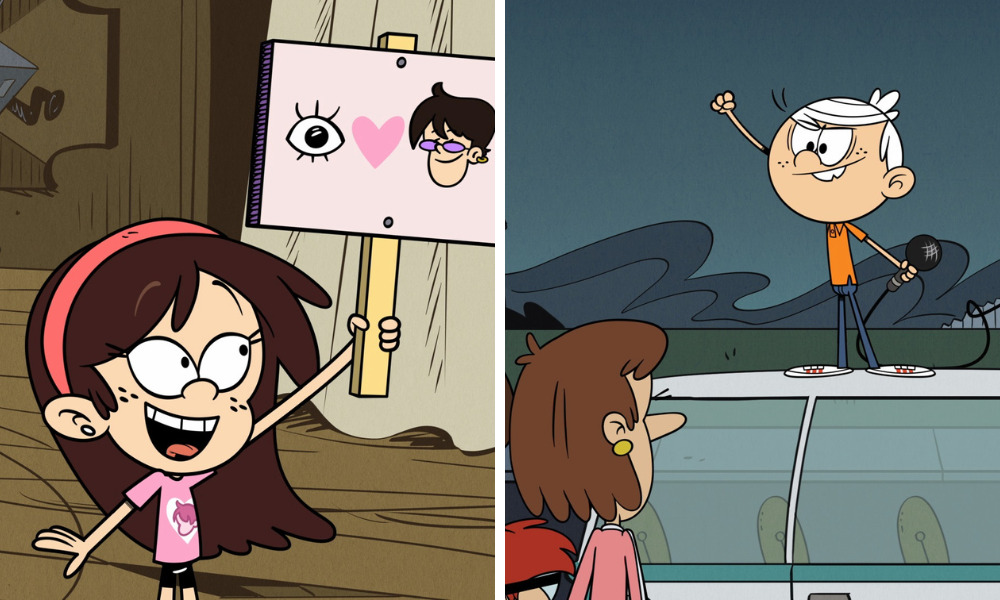 The Casagrandes | The Loud House (Nickelodeon) 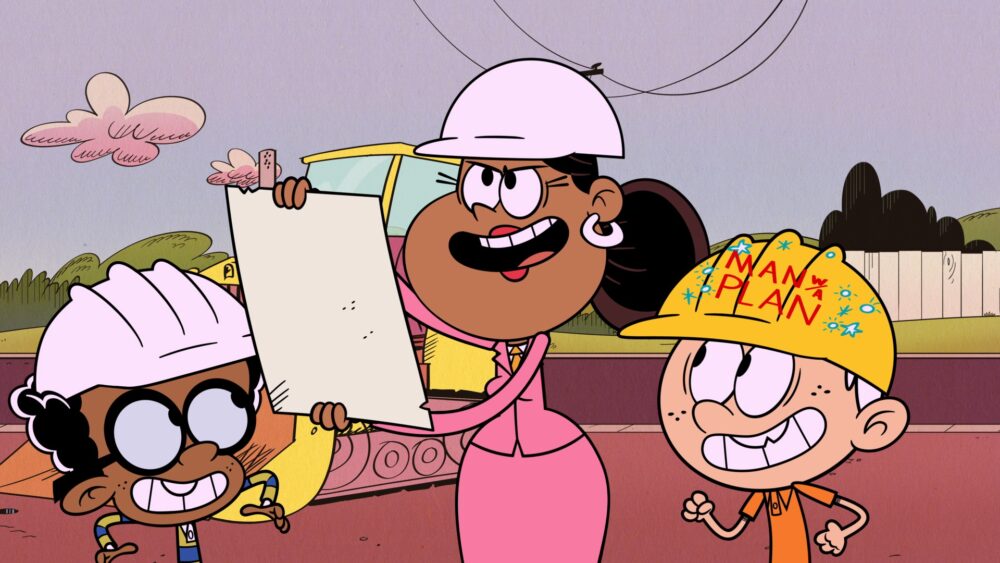 The Loud House – Save Royal Woods!

Kicking off at 7 p.m. (ET/PT), The Loud House special “Save Royal Woods!” sees the Royal Woods under threat of being flooded to make room for a sixth Great Lake, bringing the town together to prove that they’re worth saving.

Joining the cast in this episode are Emmy Award-winner Christine Baranski (The Good Fight) as Joyce Crandall, the perky and often clueless Under Secretary of Water Leisure for the state of Michigan; and Yvette Nicole Brown (Big Shot) as Mayor Davis, a quirky and fun working mom who loves her trademark pantsuit.

“Save Royal Woods!” features four original songs: “Already Forgot About You,” performed by Joyce, and “Flippee Jingle,” “Keep Us Around” and “Right Where We Belong,” sung by the Loud family and residents of Royal Woods. 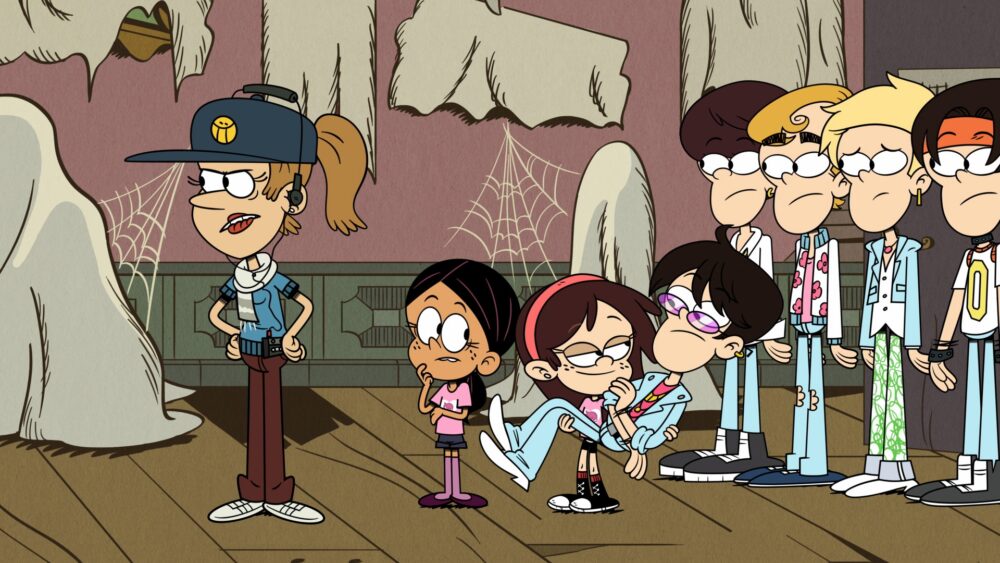 Then at 7:30 p.m. (ET/PT), The Casagrandes are in for a “Phantom Freakout”! Ronnie Anne and the gang are going to be in 12 is Midnight’s new music video, but things go awry when a ghost wreaks havoc in the concert hall. The kids and the band have to find out how to appease the ghost, and quick!

Returning as Yoon Kwan, the Korean-American lead singer of the global K-pop sensation 12 is Midnight, is guest star Justin Chon (Blue Bayou). The episode features one original song, “Classic,” performed by 12 is Midnight. 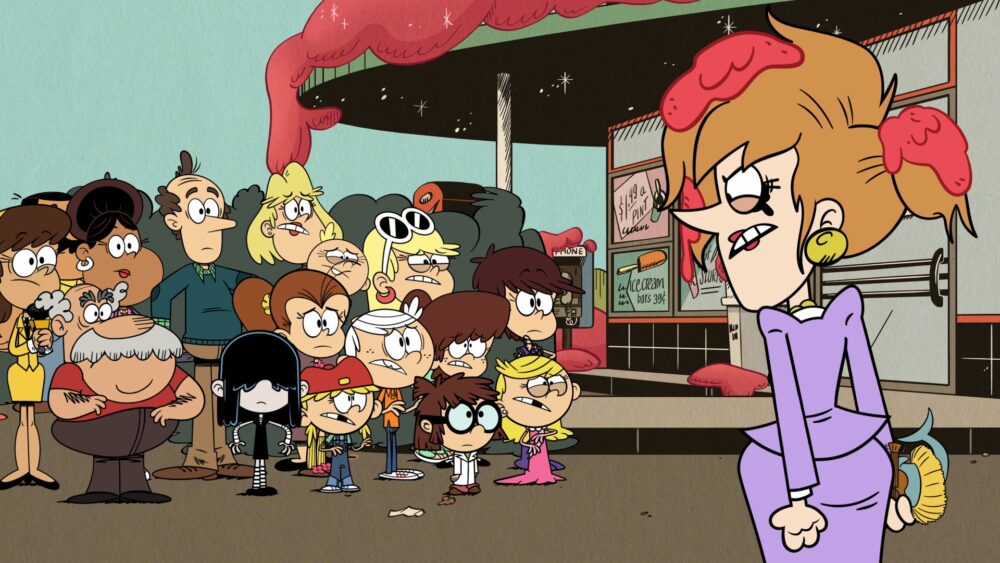 The Loud House – Save Royal Woods!

The Loud House debuted on Nickelodeon in May 2016 and centers on 12-year-old Lincoln Loud and his ten sisters as he gives an inside look at what it takes to survive the chaos of a huge family. As one of the longest-running animated series on Nickelodeon with 176 episodes, the property also has been translated into a comic book series, which continues to roll out new stories, chapter books, a digital album, and a podcast, Listen Out Loud. The series is executive produced by Michael Rubiner. Kyle Marshall serves as co- executive producer and Ashley Kliment-Baker is art director. 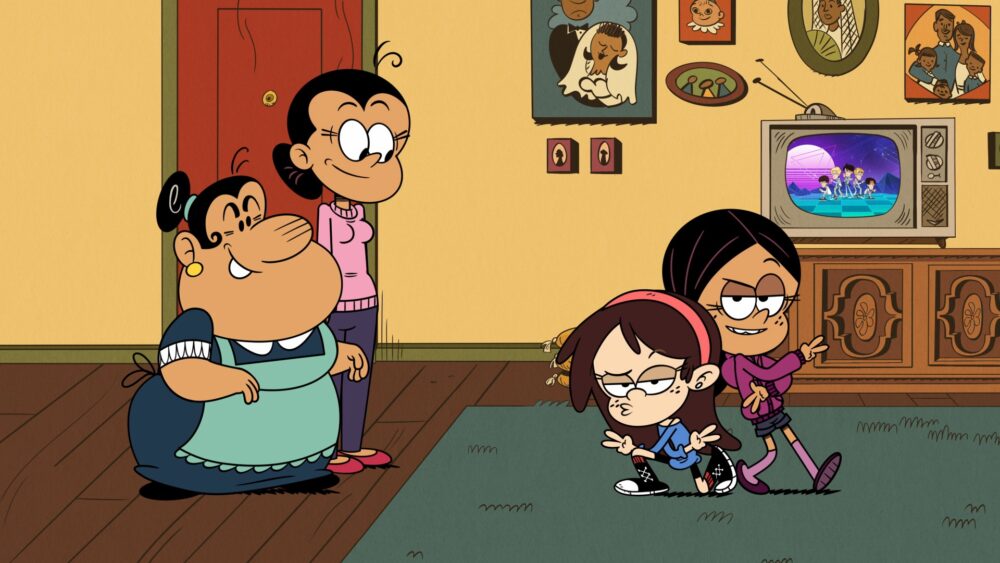 Emmy Award-winning The Casagrandes tells the story of Ronnie Anne, who moves to the city with her mom and older brother to live with their big, loving family, the Casagranddes. A spinoff of The Loud House, the series showcases the culture, humor, and love that’s part of growing up in a multigenerational Mexican-American family. The series is executive produced by Michael Rubiner and co-executive produced by Miguel Puga and Alan Foreman. Miguel Gonzalez serves as art director.

Netflix Plans a Summer of Family Fun with First Looks at ‘Lost Ollie’, ‘Rise of the TMNT’ & More
GKIDS Sets Cinema List for ‘The Deer King’ US Release