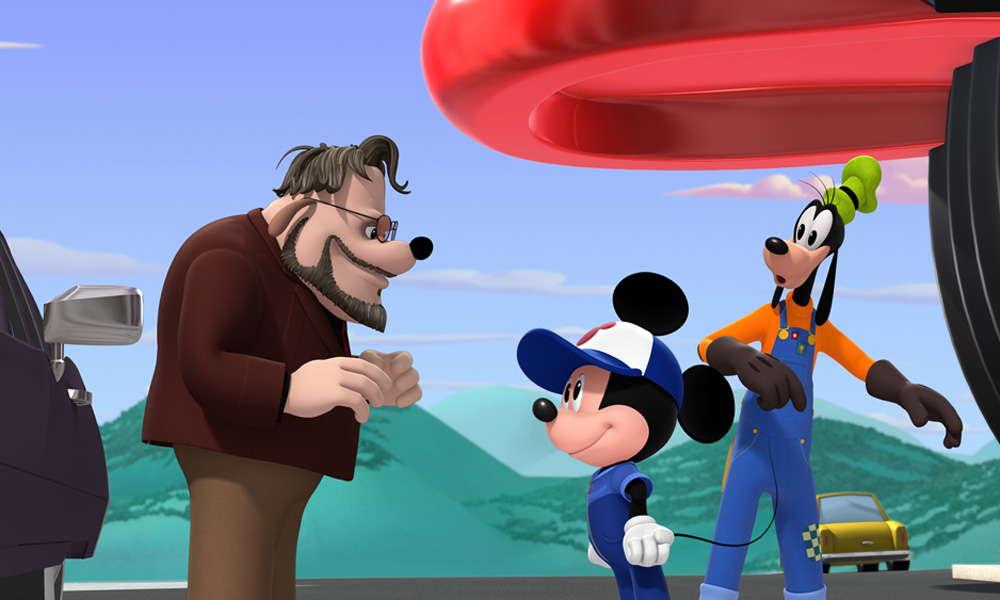 Oscar-winning filmmaker Guillermo del Toro is paying a special (and appropriately Halloween themed) visit to Hot Dog Hills to guest star in a brand-new episode of Disney Junior’s Mickey and the Roadster Racers, premiering Oct. 5 at 9:30 a.m. EDT on Disney Channel. Del Toro is among a varied voice roster for season 2, which ranges from Stephen Fry to Alice Cooper. The show as renewed for a third season this spring.

In the new episode, “Goof Mansion,” Goofy and the gang have to spend a night in his uncle’s haunted mansion in order for Goofy to inherit it. Since it’s Halloween, things get spooky when Goofy’s friends start to gradually disappear. Del Toro fittingly voices the mysterious Mr. Talbot, Uncle Goof’s business partner who attempts to scare them out of the challenge. 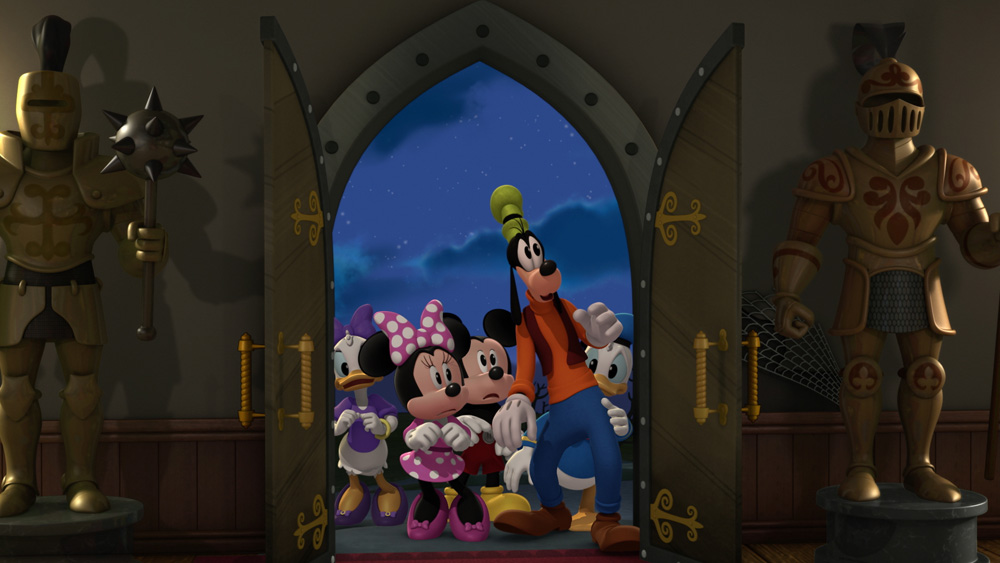